It’s Halloween which means it’s trick or treating time. You’ll probably get some good stuff, but we’re not talking about that today. We’re looking at the other end of the spectrum; the worst things to get in your Halloween bag. Disclaimer this is only talking about CANDY. So pretzels, fruit, or any other non candy item is excluded from this list.
The Top Ten
1 Candy Corn

Candy corn is a candy most often found in the United States and Canada, popular primarily around Halloween.

Have you ever wondered what candle wax tastes like? Well Candy Corn is probably as close as you can get. I know this is a divisive Candy but to me it's not worthy of the Candy label. There's two types of people in this world those who like Candy corn and those who cannot understand how people like it. I'm part of the latter group

Can someone please bring Candy Corn to the UK! I'm not a little kid, so I know that sounds immature. But just curious to know what it tastes like and why so many Americans hate it.

Candy Corn? Why is this High It’s The Best Candy Because It only just gives you the chewy stuff This Candy should be low.And Answer My Question If Unikitty Hates Candy Corn Why does she hate it or if she does love it that would not be a question ok guys make this to 50 or lower ok

Those candy corns I've tried before has very weird texture in my mouth, which I don't like by the way. 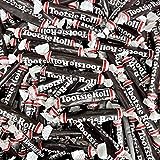 I don't know what it is about Tootsie Rolls but the flavor is so weird I cannot stand it. I'm normally all for chocolate candies but not these ones. The bigger ones are the worst ones. These are one of those cheap candies that you will get a lot of and for me they're dwelling in the bottom of the bag because who's really going to eat these first? I only eat them when I've already eaten the good stuff and I'm just that desperate

I love candy corn (They have a sweet honeyesqe taste.) and Candy Apples (You shouldn't accept Candy Apples from strangers, but as an actual treat, they are very good.), but Tootsie Rolls are as bland as they come.

These things are so unappealing that I'd honestly immediately hold a grudge against any sadistic monster who hands these out. They're so damn chalky like if you defend these you are either from the 1850s or you like licking chalkboards for fun. Get these things far away from me and permanently ban them 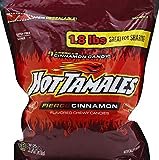 Why are these like only a Halloween Candy? I've never seen these anywhere else. Unless you're at a gas station convenience store maybe but who buys these out of all the available options? Who in the right mind hands these out? They're literally the evil twin of Mike and Ike's. Honestly they don't even deserve to be recognized as candy 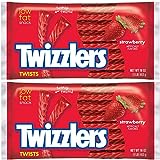 I hate licorice with a passion I don't know how people actively enjoy these things. I get rid of these first chance I get. Easily one of the more overrated candies in the Halloween world

Especially the black ones.

Such an overrated candy!

Smarties are a colour-varied sugar-coated chocolate confectionery. They have been manufactured since 1937.

Another easy and lazy candy to pass out. If you wanted to taste chalk this is almost as close as you can get. Also these things look like pills or drugs of some kind. I actually used to like these as a kid but in retrospect these were terrible and I don't know how or why I liked them so much

Ugh. You might as well be eating chalk. I hate smarties.

Why would someone put Christmas candy in kids Halloween bags

They're at least better than candy corn.

Candy canes are for Christmas!

Never got one on Halloween but heard stories 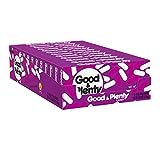 Who was the sadistic person who invented this? It's literally black licorice but it looks like white and purple Mike and Ike's I don't know anyone who likes these and honestly they're not that common to see and for good reason

Starburst is the brand name of a box-shaped, fruit-flavored soft taffy candy manufactured by The Wrigley Company, a subsidiary of Mars, Incorporated.

I LOVE STARBURST! Why is this a bad candy! :d 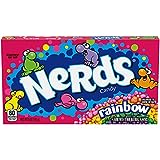 This may be a hot take but I'm sorry it has to be said these things are overrated. Maybe someone should explain the appeal of them to me because I cannot for the life of me figure it out. There's so many better options to go for in the Halloween bag. I'd rather not eat bits of gravel because that's what they taste like

This is an abomination from hell.

I love Snickers! Why is it a bad halloween candy? I would be happy if someone gave this to me for Halloween

Who in the right mind picks these when given a choice? I mean it's literally just a cough drop sized piece of caramel surrounded by chocolate. I'd much rather have one of those candy apple pops things with caramel than this.

Easter. SAVE THESE EGGS FOR Easter.

It's been months, come on!

You never know if some weirdo has put a razor blade in them.