Most Anticipated Video Games of 2019

At the time of making this we will have to wait for 2 more months until 2019 comes, but these games have gained some attention and will most likely blow up in the next year.
The Top Ten
1 Devil May Cry 5

No this is not a reboot.This is an actual continuation of the critically acclaimed Devil May Cry series.Gamers have been waiting for the series to continue and looks like we got our wish.I have yet to play DMC but I have seen footage of all 4 of the DMC games and they look badass.Now I can't wait to actually play a DMC game.

Dante is best what you can have as a protogenist in game with little sassy attitude.

Only the Xbox One and Windows Version.
Soyny had to censor the Playstation 4 Version.

Never played it and never will Evan after I voted for it.

I vote this because Kingdom Hearts sucks and is overhyped. Animal Crossing deserves its hype; mainly because it was announced with Isabelle's Smash reveal.

I'm so happy this is as high as it is. I didn't expect to see it, actually, but it was immediately in my mind as soon as I saw the topic of this list.

We need a new one it's been 6-7 years since New Leaf came out. Can't wait to see Tom Nook again and his monopoly on the town.

I've put so many hours into new leaf. I can't wait to see what the switch version will have!

Have played a lot of Cyberpunk 2020 and felt it was always the most brutal of RPGs that I ever played, and the trailers / game play videos make it look like they have incorporated that into the video game. May have to go buy me my own PS4 since my son is unlikely to share the controller with his old man!

I looked into its graphics and details. There's no flaw in it. Loads of NCPs and a huge open world environment with countless interactive features. Its getting as much reverence as Rockstar Games on internet. I hope it releases soon.
P.S. The cars and guns are smoking hot!

This game is developed by the same people who made the Witcher 3: Wild Hunt. Without a doubt, I am totally looking forward to this new title and expecting quality game play from the guys of CD projekt red. Can't wait to try this on my Xbox One

Keanu Reeves, Cyberpunk future, neon lights, gun fights, blades coming out of the main guy's arms, what's not to like?

Metroid Prime 4 is a sequel to the greatest Trilogy ever created in videogame history. The only reason why I own a Switch.

I've only played the original and Super but I can tell Prime 4 is gonna be kit.

Metroid Prime 4 is a long awaited game, and if they delay it, I'm dead.

Welp, the release of this game is an indication that whoever has been interested this series needs to get both HD collections if they haven't played the series already. Good games, most of 'em.

This game is the finale of the "Dark seeker saga". 17 years has been building up for this. Why isn't it number 1!? Why!?

I still have major nostalgia from playing Kingdom Hearts I & II on PS2. Such a legendary series!

I've actually never played Kingdom Hearts, so now would be a great time to try it out!

6 The Last of Us Part II

This should easily be #1! The Last of Us is one of the greatest games of all time. Truly a visual masterpiece. I know sequels are rarely as good as the originals but the graphics jump from PS3 to PS4 should only further propel this game to greatness. Plus, they are really taking their time with this one as TLOU came out back in 2013. Believe the hype!

I can't think for the life of me why this isn't number 1. The first game is still the best ever made

Excue me why isn't this #1? The first is without a doubt the best PS4 game of all time.

Come on, no one sane is left, it's The Last Of Us!

Bayonetta is my favourite game, and Bayonetta 2 is also one of my favourites. I am very excited for this game, hopefully will be maybe even better than the original and maybe the second one too

If you want to know how to talk to a lady, ask your mom.

Hopefully he pays taxes for the fist time...

Can we have him commit Tax Fraud again? Please?

It does not need to be open world to be good. If it is a normal Pokemon Game, I'm happy. I liked let's go, just the timing was absolutely terrible, because I got to the Elite Four, and then Smash Ultimate came out. This time, nothing's stopping me from completing Gen 8. I am ok with whatever they give us, but some things I would like are, a decent postgame, Looker Missions in X and Y were fun, but nobody remembers they exist. Team Rainbow Rocket was good too, but a Battle Frontier would be even better. Although, there is one thing I know everyone wants. A second region.

I just want a complete Pokemon game for once. Don't get me wrong, I'm a huge Pokemon fan. But Pokemon games are just not delivering. It's not just about the National Dex anymore. It's about rushed games, not listening to fans, and making excuses for everything.

I don't really think this item is necessary anymore due to the game is fully revealed and Sword and Shield is already on the list.

Can't wait for this to come out. Besthesda and Id better not screw this up. Doomguy is a total badass!

I'm taking this as a seal of hype.

Me at 11:59AM on October 30th: Zzz
Me at 12:00AM on October 31st: Eyes open suddenly with SSBU's remix of the series medley and the game in the background.
I'm surprised no one made this meme like they did for Smash before it was released.

Was there ever a Luigi's Mansion 2 though? Dark Moon was kind of it's own thing and they remade the original.

I only played Dark Moon which I really liked, and this one looks awesomne as well, the HD graphics rock!

I love luigis mansion 2, and the third game looks awesome. Maybe it will be one of my future FGOAT. Honorable mention to Pokemon SS.

One of Nintendo's most well known RPG series is having a sequel Fire Emblem:Three Houses.

Already has one advantage over Fates: you only have to buy the game once.

I love how it looks like Persona x Fire Emblem.

Looks almost as good as Awakening.

I don't know what to think about this game. It looks interesting, weird and a completely new concept. I hope it's good.

This better be good

Metro:2033 is a very well known post-apocalyptic game.The series had a sequel known as Metro:Last light and now another sequel.Now I don't know much about the Metro series but it is very well known so a sequel would be anticipated.

ONLY 29th? I don't get how all these other games can live up to the hype this game has. The only reason it would be so low is that we haven't seen a whole lot of new stuff revealed in the past couple of weeks.

This is THE game! Super excited! I always loved the first game, and I'm so glad there's going to be a big upgrade!

Super excited for this one! So much stuff to be excited for, only from a trailer that's 90 seconds long. Any new information we get on this will be super exciting.

I really want this game it's realesing later this month!

Top three things to be exited for:
More colors of Yoshi. What? I'm a huge Yoshi fan!
Multiplayer
Tie between Boom Boom and those Koopa Troopas in cars.

Dear Activision, please make a new crash bandicoot game that isn't a remake for once, thanks.

Expected to be a contender to Mario Kart. Hope it lives up to the expectations.

Never played the original CTR but I'm excited for it to come out so I can try it.

I'm honestly not really exited for this, if the future of crash bandicoot is just remakes and not new games then what's the damn point

I think Cuphead is an Amazing game, that is getting hate for pretty much no reason. Sure it's hard. But that's the fun of it!

This is technically DLC, not an actual game. But it looks fun.

Still continue to play 1st The Division, it's one of my 'fallback' games to play while I'm waiting for something new to come out! Cannot wait for The Division 2!

Well if this game is coming out soon and just like every other Tom Clancy game it looks cool.

Yes I'm sort of looking forward to this game.

That's normally the point of the character and why he is so good at being a character, TriggerTrashKid. But Super Paper Mario handled Bowser being a good guy much better than Bowser's Inside Story and Princess Toadstool for President (no, not anymore, please).

Looks good but I'm kind of confused; can't you already play DS games on the 3DS?

YES. This is a remake of my favorite game. And they didn't screw it up!

I have never played the original, but this one looks great! I can't wait to get it 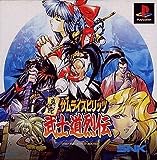 This is somehow lower than games that have already released, even though a few of those games were absolutely terrible.

Been waiting for this game for years. I've played through borderlands so many times.

Get this higher up.

I heard it got cancelled, god damn it, sega!

Bring back a classic

This game was my childhood.