A list of the best video games developed and/or published by the company SEGA.
The Top Ten
1 Sonic the Hedgehog

The 1991 classic. This isn't just the best Sonic game, but it really is a masterpiece.

The blue blur's humble beginnings. to think he went from this to a full-on live action CGI movie!

So good all he needs is a spindash and his best buddy tails and he's on his way to fame.

Set in a world where all dreams take place. The dream world has two areas: Nightopia and Nightmare. The game was inspired by Cirque de Soleil's show Mystère. When making the game, Sega researched dreams, REM sleep, and psychologists like Sigmund Freud and Carl Jung. The game received universal acclaim.

Arguably one of the best Sega games ever made. Centers around air pirates, floating islands, and pirate galleons that fly. 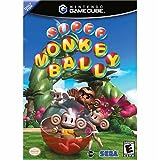 Critically acclaimed. A 3D game starring a ninja dressed in a black garb and mystical red cape. The cape stretches back as you run.

A cell-shaded game where you skate around and spray-paint graffiti on walls while escaping riot police. Includes both original and licensed music that combines genres like J-pop and hip hop. The game was widely acclaimed and received awards.

How do I get rid of all these nasty roaches? easy just burn your house down!

A dieselpunk setting based on WWII-era Europe. It's a military tactical game and was inspired by Band of Brothers and Saving Private Ryan. The game's visuals resemble pencil-drawn paintings in motion, and it has genuinely unique gameplay not found in any other game. It won several awards and inspired multiple sequels and manga titles and even an anime series. The game and its sequels have a cult following.

Became a bestseller upon release. 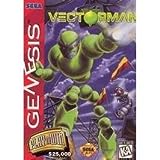 Essentially Wall-E. Humanity has polluted the earth so badly that it evacuated the planet and left robots to clean up the toxins, wastes, and trash. The game's main character is Vectorman, a humble robot made entirely of lime-green orbs. He is programmed to dispose toxic sludge by taking it into space and discharging it into the sun. The game received universal acclaim. Its gameplay is similar to Donkey Kong Country, but with hand-blasters and the ability to transform using power-ups.

This Captain Falcon game was developed by SEGA. In fact, the playable racer Billy has the character AiAi from Super Monkey Ball on his belt buckle.

A really fun game, and I believe it received very positive reviews.

I know it looks and sounds like trash bin material, but it really is surprisingly quite good. It's essentially a poor man's Arkham Asylum. It's even voiced by the main movie's cast, including Hayley Atwell and Chris Evans.

A sequel to Shinobi starring a female ninja in red armor.

I actually prefer this over the original. I just do.

19 Mario & Sonic at the Olympic Games

A hybrid between a 3rd person shooter and a racing game. The game stars Sam Gideon, a soldier equipped with special white tactical armor.

A fun little platformer, along the lines of Super Mario and Sonic the Hedgehog. The main character is a shooting star named Ristar who sets out to stop a space pirate. 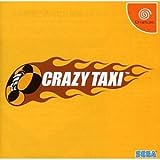 Was a huge bestseller upon release.