Easily the best product of entertainment. It could definitely rival a console game, this is a must-see experience.

This game is not really famous. but trust me, this is really good! You must play it if you love Visual Novel game!

Wow. If you're into hard sci-fi, this is for you. Excellent game.

There are three paths to choose from: Fate, Unlimited Blade Works, and Heaven's Feel. I think regardless of what path you take, they will all tell awesome stories for sure.

Fate is love, Fate is life!

Great story, great characters and overall...just GREAT!
You'll really get the feels in this one.

The only reason I searched for this kind of list was to see Danganronpa games. I didn't like the first one much but this is awesome. Murder mysteries, backstories, funny and sad moments... Just play it!

Probably the best thing I've ever played in a while.

For a free game, this is one hell of a masterpiece. Great well written stories, awesome art, and a sound track to match.

Great story, hits you right in the feels and goes after a topic most VN's don't. AND FREE. Mad props. Fantastic game.

Such a great game! Each girls story is nice and charming!

Literally a masterpiece of a game. Dan Salvato did a great job with the script and the characters as well. The writing in this game is excellent. Out of the 4 characters Monika, Sayori, Yuri, and Natsuki you, as the player can decide who to like.The second time through after Sayori commits suicide, the game starts to glitch out which makes it very creepy. You also notice a change in the characters as Natsuki becomes very bossy, and Yuri eventually becomes so obsessive that it too, leads her to kill herself. In the end it's Monika who is changing the characters by amplifying the character traits. Overall it's a good game, and it only takes about 4+ hours. 9.5/10

Absolutely beautiful. While it is a little deceiving, it's worth its honestly short play time. It hits, and it hits hard. You're thrown through a disturbing roller coaster, and left with Monika's "Your Reality" playing as the credits roll, giving this game a much more sad feel. It's something I'd recommend to (almost) everyone

Beautiful and creep while maintaining a cutesy feeling of hot girls but is secretly a horror game. Fun!

Stop reading this right now and play it if you haven't. It's free, and it's best to go in as blind as possible.

I was surprised at how emotional and heart warming the story can be considering this is supposed to be a horror visual novel. I prefer to see it more as a dark drama

Will change your view to see mystery completely. Literally a masterpiece.

One of the best and most creative plots ever. 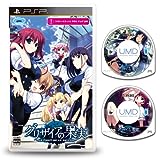 The big difference between games, is if you play a game and remember it or not. most of games we just play it, and in 1 month we do not even recall the characters name, Grisaia is something you will remember, and is sad, as after 2 years and hundreds of games, I still recall everything of this plot, meaning that I'm unable to play it again.

Love this game, best thing key have made.

999 is a masterpiece, plain and simple. It is so mind bendingly good that it honestly invalidates the existence of its own sequels, neither of which are nearly as good. Virtue's Last Reward feels somewhat bloated and lifeless at times, and Zero Time Dilemma just isn't as tight and engaging an experience. Striking the perfect balance between escape room puzzles and gameplay, 9 Hours 9 Persons 9 Doors is an enigmatic, engrossing game that immediately captivates you and doesn't let go until you've seen the true ending through to the end. It explores fascinating concepts regarding the nature of human consciousness, and the characters manage to keep its more esoteric and abstract ideas grounded in solid, relatable reality. Near perfect if you ask me.

Includes the games Nine Hours, Nine Persons, Nine Doors, Virtues's Last Reward, and Zero Time Dilemma. 999 is for the DS and coming to PC and PS4, Virtue's Last Reward is for 3DS, PS Vita, and is also coming to the PC and PS4 (both this and 999 are coming in a game called The Nonary Games) and then Zero Time Dilemma is for 3DS, PS Vita, and PC. All 3 of these are great games that tell a gripping story.

Includes both '999: 9 Hours, 9 Persons, 9 Doors' and 'Virtue's Last Reward'. I didn't know if both should have been entered separately as they are both in the same series

The game takes stereotypical-looking characters and subverts them and morphs them into new subtypes.

I don't get why everyone liked the second game over the
first one. I found the characters of the first game to be more likable and less
generic. Also, thanks to this game, I found my favorite anime character
(because the first game has an anime, unlike SOME GAMES from the series) and a
human version of Undertale's Papyrus, so there's that.

The music and artwork in this game are simply amazing. The characters are very well thought out, and the story is awesome as well. If you want a first rate adventure novel, with mystery, sci-fi, and romance mixed in, then this is for you.

I love this visual novel! Should be higher on the list!