Top 10 Mega Man Games with the Best Sets of Weapons

This list ranks the Mega Man games which had the best lineup of weapons, from both the classic and X series.

Note: This list doesn't focus on individual weapons but rather the whole arsenal, so one game isn't going to be higher up just because one weapon is so OP, we want a nice balance after all. As it might take me a while I won't cover every weapon in the game, but I'll try and make sure I don't miss out any important ones.

These games will be ranked on how well rounded the weapons are, overall practicality of them, and how fun they are to use.
The Top Ten
1 Mega Man 9

Now THIS is how you do unlockable weapons. Each and every weapon in this game comes useful at some point or another, and a lot have secondary functions, such as the Tornado Blow not only being a screen nuke but giving you greater jump height, or the Hornet Chaser homing in on your enemies and collecting items, or how the Concrete Shot not only encases enemies in cement but can also be used as a platform and to block lasers. The Laser Trident not only has good coverage but pierces shields, the Jewell Satellite is a shield that obliterates smaller enemies and reflects bullets. My personal favourite is the Black Hole Bomb which sucks in surrounding enemies and can also suck up the projectiles.

I could go on and on, but this arsenal of weapons is simply perfect. 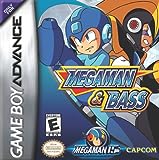 This game had a very interesting lineup of weapons. Some examples are the Spread Drill which can split up and be a good way of dealing with high and low enemies. Copy Vision which creates a copy of Mega Man that has rapid fire, and Wave Burner which can not only light fuses for explosives but underwater can create jets to push mines away.

The cool thing about this game is that before King's Fortress there are rooms with weapon puzzles. Not only do they utilise every weapon in the game but they can also teach you things about the weapons you may not have known before.

Besides Magic Card I found an offensive use for every single weapons in the game. And even Magic card isn't a bad weapon and you can take energy through walls. That's not an offensive use but if people can like the crash bomb even though it absolutely sucks when you use it on something else than a wall. I should mention that the Ice Wall is my favorite weapon of all time. You can use it to drop it on enemies which deals quite a lot of damage, buldoze the entire floor, it can be use as an extra plateform and you can push the ice wall and then jump on it to cross spikes and go fast while the ice wall kills the enemy on the way. Oh! And unlike megaman 9, you can still use the charge shot yet it doesn't overshadows any weapons! Megaman and Bass is seriously underrated!

Ice wall for the win

When the new generation of Mega Man came around this allowed for not only an evolution in the gameplay but also in the weapons as well. Whilst a lot of these weapons are a standard fare once you get a certain upgrade you can not only fire your weapons but charge them in the same vein as the Mega Buster.

Some of the standouts include Storm Tornado, a nice blast of wind that has good coverage, Horming Torpedo (no that's not a typo, that's what the weapon is called. :P) which homes in on enemies, Rolling Shield which when charged offers a nice defensive barrier, Boomerang Cutter which fires in an arc and also picks up items, and Chameleon Sting which fires a spread shot but when charged can give you temporary invincibility.

Out of all the X games to me the first one handled the weapons best.

Not only was this game the first introduction to the Mega Buster charge shot but it also has some good weapons as well. My favourites being Pharaoh Shot, a chargeable ball of sun which can be fired either straight forwards or diagonally, and Flash Stopper which stops time and allows you to shoot enemies easier (and it doesn't use up all the energy in one go). Other weapons like the Ring Boomerang, Dust Crusher and Rain Flush whilst unoriginal are serviceable and have decent power. Only weapon I don't really like is the Dive Missile which I swear only works half the time.

In my personal opinion,
Mega Man 11's weapon set is the best.
All weapons are fun and useful and I personally think that acid barrier is better than Jewel satellite.

I don't know which weapon selection is the best between 9 and 11 however just to piss off megaman 9 fans who say the chargeshot is bad because it overshadows every weapons in the game I will vote for megaman 11. I will explain my reasoning through maths.

My point is the chargeshot criticism is stupid. Except for megaman 5. But more seriously, Megaman 11 weapon selection is great

Even the box art is good.

Mega Man 3 has a nice selection of weapons. The Shadow Blade is my favourite, being a ninja star that can be fired straight forwards, upwards or diagonally upwards. The Magnet Missile can also be useful at locking on to enemies, Search Snake is good for hitting lower enemies, and Needle Cannon has good rapid fire capabilities.

The biggest joke weapon though is the Top Spin, which you hope would fire spinning tops, but instead just makes Mega Man spin in the air. When it's a weakness weapon it works well, but it's also dangerous to use it as it can end up hurting you as well.

Not the most creative of weapons but they do pack enough of a punch to give you reason to use weapons other than your Mega Buster. Flame Blast has good power and leaves residue when it hits the ground, Silver Tomahawk flies upwards so it's good on airborne enemies, Yamato Spear pierces shields, and Knight Crush has a decent amount of power.

Some of the other weapons are a bit lacklustre though and don't really come off as original (I'm looking at you Plant Barrier).

The one to start it all, and it has some nice weapons to boot. The Rolling Cutter is a nice little boomerang weapon that can defeat most enemies, Ice Slasher is good for immobilising Big Eye and freezing fire in Fire Man's stage. Fire Storm not only fires a fireball but has fireballs flying around you as well, and the Thunder Beam fires three massive shots forwards, up and down. OP? Definitely.

Really the only duds are the Hyper Bomb which takes too long to blow up for any worthwhile damage, and the Super Arm which is practical in a couple of scenarios, but you can retire it once you have the Thunder Beam.

The other Mega Man X game which used it's weapons well is my favourite in the series X4. Aiming Laser is useful for hitting enemies that aren't directly in front of you, Rising Fire is a good anti air weapon and can be charged into a shoryuken, Soul Body creates a double that goes in front of you and can clear through enemies, and Lightning Web can be used as a wall to gain higher ground.

Once you get any of the arm powerups though they do become the best weapons, but these ones are still decent. 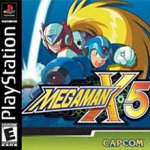 This was where the weapons started to get a bit more situational, but there were still ways they could be used to influence the environment. Freeze Cracker can freeze lava and make Cloud Man's stage snow. Thunder Bolt can power up Machines in Junk Man's stage, and Scorch Wheel can burn through trees.

Some weapons can be finicky, but if used properly they can also achieve things that Mega Man's buster simply can't, like Freeze Cracker firing in multiple directions, and Slash Claw being a good close combat attack. Also these weapons totally break the robot master battles.

We all know which weapon gets used and abused to death, the Metal Blade. Being able to shoot in all 8 directions, slicing through hoards of smaller enemies and using next to no ammo, it's easy to see how this is widely regarded as the best weapon in the series. Some of the others are good as well though. Quick Boomerang is a nice and sharp attack, and Air Shooter is good for taking out big mechs. Bubble Lead is situational, but useful.

Unfortunately the game could place no higher as the Metal Blade is the clear weapon of choice and some of the others suck. Atomic Fire takes too long to charge and eats up too much ammo, and the Time Stopper freezes time but doesn't allow you to shoot or change weapons, so you have to use it all up at once.

Reason this game is so low on the list is that the Metal Blade just outshines the other weapons. 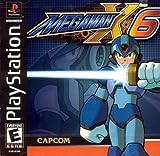