Video games have a reputation to be more of the violent genre of subculture, but usually within a limit. But, some games seem to go all out in being violent.
The Top Ten
1 Manhunt

Mortal Kombat is not violent I got it when I was 9. This manhunt game is actually illegal in some countries and was the motive for a murder of a child in UK. Look at the guy in the image he is disturbing

I agree. I was honestly looking for this one to at least be in the top 3, but it definitely deserves the #1 spot. It's utterly ridiculous how violent it is-- but not too surprising, (obviously given the name). They don't even have the regular version anymore, they banned the publishing of the game with uncensored killings. Not quite as brutal anymore.

From pinning people's faces into the walls with a ' knife to sawing a guy's limbs off with a chainsaw. This game takes the cake, it's so violent, it's not even funny...I mean, it's still a decent game.

Unlike Mortal Kombat, both Manhunt and its sequel have the violence that is realistic. Manhunt's executions are more gruesome than Mortal Kombat's fatalities in my opinion.

"If you like to kill freaky things with your giant serrated knives, you'll love this.

All you can ever wish for.

This game is boring...and not only that, but This game so violent and offensive I can't even put it into words! and I am truly sad to see such young people playing it! I will never let my kids play this game or any game in the franchise! parents who let anyone under sixteen play this are idiots!

Violent and I love it but has very inappropriate things for a 6 year old to play. If I had a 6 he/she would not be playing this game PERIOD.

Has good graphics has good guns has the best blood

Cusing, middle fingers, sex. How much more violence could you ask for

The only AO Rated game that got that rating strictly for violence that actually was released. The other was Thrill Kill, but was never officially released.

It's so gory it's in black and white! No game ever has had to do that!

The profanity on this game has absolutely no bounds bloody violence man hunter style stealth attacks, blood everywhere, beating people up, stabbing them on the ground, long lasting gang brawls that last quite long, cutting their throats etc this is a great game and should be on the list!

Definitely should be on the list considering all the bloody fighting, murdering and bludgeoning, the members walking around with bloody pulped faces, not only that but a lot of swearing, robbing, drug use, and some sex references etc

Based on the epic movie, this game is the perfect mix of murder, betrayal, gang life, and total kick ass.

Awesome game played it as a kid

So many semi-randomly-generated ways to die! It's amazing and shocking at the same time!

The game is just violent but it's fun by the way. Mortal Kombat should be on Top Tens.

I thought it was a kids game, then...SPLAT! Somebody's head explodes.

I love to play this game

With this commitment brought the need not only for an excessive number of armaments (more than 20 weapons) but for the brand of over-the-top murder seen in the pages of the comic book. The Punisher's great innovation is in its interrogations and special kills. These grandiose moments often make use of the environment to offer creative ways for the Punisher to force information from criminals or to simply off them with aplomb

Mutilation and there is no Male/Female difference, unlike most of the games in the world the enemies are men, this games is 50% male,50% female, that's what I love these series, they're close to reality.

This game is violent, great, amazing, funny and weird, ( weird because you can pee everywhere ) has not the best graphics but the best damn game I ever had. ( I just like peeing on people. )

I love the cat ass shotgun 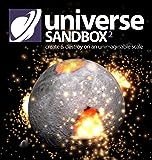 There are lots of video games out there with violence, such as Call of Duty, Manhunt, God of War, Mortal Kombat and Grand Theft Auto IV and such, which involve violence such as shooting people and blowing up buildings.
But they hold no candle to this.

Universe Sandbox has you making planets collide, blowing them up, and even flinging them into the outer reaches of space where it’s too cold, and you can even let them fall into black holes, and even change their mass, diameter, radius, composition, rotation, axial tilt, and even orbits.
You can even turn planets into stars, or even neutron stars or black holes.
You can even make them go supernova.
Yet you can even blow up GALAXIES!

Try blowing up Earth, and you’ll see everyone on it, and all the plants along with them, die, from just one event.

Does Call of Duty let you do that? Does Manhunt let you? does God of War let you? Does Mortal Kombat let you? Does Grand Theft Auto IV let you blow up planets ...more

The game has a torture scene.

This game is so gory.it has a scene where you watch a person get chopped up in a plane engine

Should be at least top 10. The original MK started ESRB ratings considering the controversies it brought up.

Without it, we would only be playing kid-friendly games.

The game like Grand Theft Auto Mortal Kombat or manhunt this game is brutaly violent no it is a great game but way too intense.

The best game in the past

I couldn't even watch the trailer for 15 seconds for this one... It's only on PC and It's rated AO... Hell the main objective of the game is killing people just for the sake of killing people

I can't believe this isn't in AT LEAST the top 15. The point of this game is to kill as many innocent people as you possibly can.

Would be top if it wasn't released so recently.

I played it when I was 9 and still play it. It is not like Manhunt or Postal

This game is brutal.

Always been a big fan of Left 4 Dead, especially the 2nd one which was a lot better

Simple fun game I love it