Might be a bit biased because I played the original 3D world when I was younger but this game is just nothing but good vibes man.

The only game of 2021 I played so far, and Bowser's Fury alone is one of the best games I've played. Can't wait for the rest of 2021 has in stores.

If I put it in a rank tier it would be an God tier like SSS+ or maybe just make it its own god rank.

This might end up being my favorite game of the year (pre-Forza Horizon 5, that game is looking to blow the competition out the water), and out of all the PS5 games I've played so far, this one surely feels the most "next-gen" out of all of them, and I get this feeling directly from how the game looks. It's one of the few games out there where the actual gameplay looks just as spectacular and cinematic as the cutscenes, and the both of these transfer between each other flawlessly without any downgrades whatsoever. This including level design, characterization, and high-octane third-person-shooter gameplay make this an absolute fantastic hit and surely is a must-play for the few current PS5 owners out there. 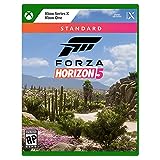 The graphics, the hype, the fun, the cars, the music, everything just comes along and forms one of the greatest games of all time.

Got the premium version and early access for this one so I can make a short first impressions review early. I love this series so much. It is one of the very few game series out there that doesn't have to change the gameplay formula much but still feel fresh and new with every release. Too keep it simple, FH5 is basically the biggest package the series has had yet. The largest map and the most amount of activities to do by far. You'll never get bored in this game because there is so much to do and you're always being rewarded for whatever you decide to do. The map rivals the diversity of FH3's Australia but the roads are easily the best designed here as there is something for every kind of car. Wanna drag race? Hit up the drag strip, the absolutely massive highway, or the long airport. Wanna do some Baja off roading? Go straight to the open desert sand dunes, the dense and gorgeous jungles, or the beautiful sand beaches. Wanna drift? Head north to the mountains and you'll find a ton ...more 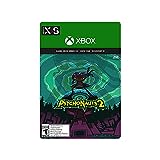 At the moment I am writing this, I only made one playthrough of Metroid Dread, and it's already a very amazing game, with an interesting enough story, great ambiance and details, amazing visuals, the perfection of Metroid controls, and the greatest combat in the franchise... however, I know I will love this game even more after I'll do a second playthrough of this game, and discover all the secrets and sequence breaks. I think it's safe to say this is the best game of the year, especially considering the other two I consider are remakes.

Samus is one of the finest characters of all time. Metroid Dread does it justice and shows Samus can still show new talent and design for the saga.

Only game I really played from this list! Very fun, a little past games mixed in and revamped with some new games that elevate gameplay!

It is a mario series, boosting its playtime because Super Mario maker 2 got 10 total playing hours. And this is my first Mario Party game which is great.

The ending was quite sad. Though I highly recommend it despite how short it is.

This game is awesome, really charming.

Remake of NieR Replicant (separate perspective from the Gestalt) that reworks its visuals, voice acting, combat, and some of its gameplay designs. While you can clearly see how much the combat has aged in this game, the rest of it is pretty much what you would want in a NieR game if you played Automata and fell in love with it, as its story is simultaneously some of the most insane and compelling stuff you're going to get in a videogame plot. I truly believe that Yoko Taro has one of the most impressively unique minds in storytelling through videogame format.

Take what's great about chapter 1, have better encounters that take better advantage of Deltarune's combat system, and have more interesting things overall, all the while still having a banger OST, and yeah, this game is really, really good.

It is a really good game!

Ok, I've played 5 games in 2021 so far, and out of all of them, Nickelodeon All Star Brawl is the game is like the least out of all of them. The additional content Bowser's Fury and DDLC plus gave us absolutely blew me away, Deltarune Chapter 2 is Deltarune Chapter 2, and while as a rerelease Sonic Colors Ultimate have some things to be desired, it does have some cool new additions, and as a game on its own, it allows you to play Sonic Colors, which in itself is in contention with Sonic Mania for being my favorite Sonic game. That being said, don't think this makes Nickelodeon All Star Brawl a bad game, just that I think 2021 is a phenomenal year for gaming, and I haven't even played Metroid Dread yet, so it's just getting better as it goes on. And honestly, despite this game's serious lack of modes, which is my biggest problem with this game, it's a game that gets better the more I play. Like, fighting in this game is super duper fun, with a surprisingly low skill floor, and a very ...more

A sleeper hit. This game could've been just some unimportant shovelware with no pride put into it whatsoever, but surprisingly enough, this game is really great if you are a fan of arcade racers. Plenty of content to go around, visuals are high quality, the racing is smooth, fun, and fast, and while for a moment it seemed like the game was going to push for microtransaction loot boxes, fortunately, the loot boxes in the game are only acquired through currency that you earn from playing. Currently, there are no microtransactions in sight besides some paid DLC, which is just fine. I recommend this one. It's extremely polished for a licensed game.

I am really disappointed in Sonic Colors Ultimate in the sense that I absolutely love that game since it was the first time I played any version of Sonic Colors, and it was an awesome experience, and the new content we got was really cool, but despite me absolutely loving that game, this game got a pretty bad reception, due to not being very good in aspect I don't care as much as other people, like visual stuff or a few glitches here and there. Not to mention some seizure glitches and game crashes that I would care about if I wasn't the person to which it happens, and it got patched out anyway (apparently). And honestly, even if I don't care about the things Sonic Colors Ultimate isn't that good at, and care more about the new content, which is what makes this game shine as a rerelease, those bad things do make the game look pathetic, because how does a rerelease of a game got so glitchy and why does the original version of Colors looks more consistent? So even if for me this is the ...more

Bad port of a good game, just look at the switch version of this game and you will see why

24 Marvel’s Guardians of the Galaxy