Top 10 Best Movies with a Budget Under 5 Million Dollars

Movies are mostly made with big budgets, some costing hundreds of millions! But some of the best and most iconic movies were made with the relatively tiny budget of 5 million dollars or less. So here we look at the top 10 best movies that have a budget less than 5 million dollars!
The Top Ten
1 Rocky

Budget: $1.1 million
One of the most well recognized classics in all of cinema, Rocky only cost a little over a million dollars to make. And it still holds up well today, because I just watched it again! Such a classic.

Budget: $3.3 million
I was genuinely surprised that one of my absolute favorite movies was made on such a small budget! I've already talked about how much I love this movie, everything is great about it! And for 3 million bucks, the cinematography does look impressive!

Budget: $1.2 million
It's been made into a relatively big franchise, the original Saw was only made on a budget just over a million bucks! And it still is scary to watch to this day.

Really? Wow, I thought that I'd cost way more due to all the gore scenes and traps used throughout the film.

It's creative but I highly doubt it's gonna be under 5M cause of all the technology and traps used.

My favorite horror movie. It's just so intriguing.

Are you guys kidding me? The remake sucks! It has no character development, unneeded graphics that aren't that good, a psychopathic willy wonka and the glow of Tim Burton's worst work. The remake tried remaking what didn't need to be remade.

Budget: $3 million
Another classic movie that was made on a budget recognized as small. Pretty much anyone has heard of this classic film about a group of children in a wacky and magical candy factory.

For the time this film was made, I think 3 million dollars was bigger than the average movie budget.

This movie sucks, except for Gene Wilder. The reboot is awesome. 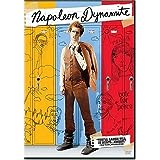 Budget: $400,000
Now I haven't watched this in years, but it's definitely a favorite for a ton of people I know, and it inspired a ton of new culture, Napoleon Dynamite is surely a classic.

Fun film with funny characters. Was surprised that it costed less then $1 million.

Best Movie, regardless of budget!

9 Requiem For a Dream

Budget: $4.5 million
Regarded as one of the best and most depressing movies of all time, this film was made with a small budget, but is now seen as a masterpiece.

Budget: $325,000
Another iconic horror movie that most people have seen, but this one also has a super small budget!

Budget: $15,000
One of the most popular horror movies of all time was on an incredibly tight budget of only 15k dollars! It sort of makes sense because of the "found footage" film, but it still was impressive at how much money it made, and how it became a big franchise!

This movie is trash. Willy Wonka is scarier than this.

Budget: $4 million
Nominated for best picture at the 2015 Oscars, and filmed over the course of 12 years, Boyhood is a pretty unique movie I still have yet to see.

This movie is trash. The Long Haul was more interesting than this.

16 All Quiet on the Western Front

19 Gone with the Wind

Budget: $1.5 million
I have not seen it, but it did win Best Picture of 2017 at the Oscars, so obviously lots of people loved this movie, and it was also made with an impressively small budget.