Ken Burns is by far the Godfather of Documentary Cinema. His documentaries have been nominated for two Academy Awards and have won Emmy Awards among other honors. He has covered such serious matters as the US Civil War and World War II as well as more lighthearted subjects like Baseball and Mark Twain.

While his subjects primarily cover life and history in the United States, his perspectives are far-reaching. His style of using archival photos and film footage has served to give a new life to the past. In fact, it was his step-father, a psychologist, who pointed out to Burns that his "whole work was an attempt to make people long gone come back alive."

Below are the best of his many documentaries. Some are fun, some are sobering, but all are informative and artistic.
The Top Ten
1 The Civil War

I watched this series because I was so enamored with Ken's documentary on the history of Jazz.. This series did not disappoint either - This man has an amazing gift and his history documentaries should be compulsory viewing in schools around the nation.

If you haven't seen this series, you should. It gives the best insight into the "war against the states" ever really produced. Covering everything from slavery to major battles, you'll be brought to tears by the artistry.

Saw this film many year ago on T.V.around Christmans time. It was on late mornings for several days, and left a lasting impression on me. What an amazing person Ken Burns must be.to tell History in such a way you feel that you are there experiencing for yourself this traumatic war.

Spectacular and on point.

What an informative, multi faceted, in-depth, riveting and deeply emotional documentary that will have a profound impact on your soul regardless of where your political and nationalistic loyalties lay. As the quote by Friedrich Nietzsche states, "To live is to suffer, to survive is to find some meaning in the suffering.
This sobering documentary masterfully demonstrates this in an unforgettable way that will touch emotions that you never knew you had!

The level of information and validation of statements made left me speechless.

There but for the grace of God go I.. 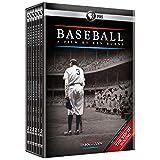 The most thorough history of America's national pastime every produced. Covering everything from the game's creation to it's modern day scandals, if you love sports, you'll love this series.

He needs to come out with the 11th inning. Perfect Title would be "Hell Freezes Over"

The first time I realized that I could like a sport! Thanks Ken Burns

Our national treasure the must be preserved for our future generation, a must see for junior high to high schoolers plus all government officials with a summary of what our elected official understood by a biparitian inquiry.

This is the series that won Ken Burns two Emmy Awards. It features the United States National Park system and traces the system's history.

Every thing was beautiful from the scenery to the score. I still listen to Mallard Island Hymn.

I went to hear him speak when he was working on this film. He choose a great way to tell a story of so many people, places, and events.

Best documentary on World War II by far. To be watched again and again. Ken Burns did a masterful job on this one.

An insightful look at World War II through the eyes of the United States.

I knew nothing about them. This documentary was fascinating. Teddy, FDR, and Eleanor were like real life super heroes. Being wealthy from birth they could have done little and still be fine but they all accomplished amazing acts that have benefitted our country and mankind to this day.

I have watched this documentary a number of times. It's fascinating. I admire all 3 Roosevelts.

A history of the American West. Native struggles, frontiersmen, military conquest, this series covers it all.

This film is "The Grapes of Wrath" brought to life. Amazing.

A little biased against the avant- garde but otherwise very insightful

T describes how the consumption and effect of alcoholic beverages in the United States were connected to many different cultural forces including immigration, women's suffrage, and the income tax. Eventually the Temperance movement led to the passing of Prohibition, the Eighteenth Amendment to the U.S. Constitution. 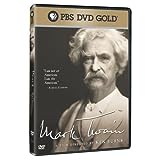 Burns attempted to capture both the public and private persona of Mark Twain from his birth to his death.

13 Empire of the Air: The Men Who Made Radio

It began as a non-fiction book by Tom Lewis but was adapted into a documentary and a radio drama. Ken Burns covers the major players in the field as well as their feuds.

14 The Statue of Liberty

A detailed history of "Lady Liberty" from not only the view of the people but also of the media.

15 Lewis and Clark: The Journey of the Corps of Discovery

A beautiful, insightful, enthralling depiction of the most stirring collective achievement in American history. It is a film every citizen of the world should see. The scenes in which the Corp of Discovery -- which includes a wealthy white southern gentlemen, an Irish immigrant, an apparently manic-depressive leader, a teenage Indian girl, and a freed slave -- decides where to spend the winter upon reaching the Pacific Coast, by casting a public vote, should be shown to every child on the planet. It shows a group of humans, each with strengths and weaknesses, after an incredibly difficult journey into the unknown, at humanity's best. In short, it's worth watching.. JSH

The best of all his productions,photography is stunning.. Story captivating and accurate

How can I see this one again? It is much appreciated. I want to see your documentaries again and again. And want to take your Master Class. Can we take it as a family? My three grandsons and one granddaughter would like to take it as a group.

The documentary provides background, interviews, expert analysis and details of associated facts related to the Central Park jogger case and the conviction of the five suspects.

A great true story, more interesting than one might think to watch. The mayos were truly great people and pioneers in their field.

This one reallly open's your eyes to the power and dangers of uranium...the ultimate pandora's box