You know... for kids! My criteria is that the movie has to be rated PG or lower in order to count as a kids movie and also has to be advertised as a kids movie too. So prepare for the horrors of your past. The top ten SCARIEST "kids" movies.
The Top Ten
1 Coraline

Coraline is so funny because the little boy is hilarious but I'm scared of Coraline's Other Mother. She freaks me out...I don't like it. But it's funny.

This movie scared me. The book is very chilling I do not know why they made it into a kids movie that is meant to be watched with the family. It's scary. The other mother wants to make coralline another puppet of hers and will do it by any means necessary.

The Beldum's true form is actually really scary for some people. It after all is a horror movie. The movie itself is awesome.

Laika themself makes really scary films and this is the scariest yet.
1. Coraline (The scariest. The Beldum herself looks very scary to everyone who watches, her look and "The Other Mother" which is her alias, as a doll is very scary, the beginning scene where she grabs a random doll and remodels it into a look a like Coraline to what happens to her at the end, all those scenes are very scary. Coraline itself is a horror movie, the scariest horror movie for kids.)

2. Kubo and the Two Strings (Raiden the Moon King itself is scary for little kids, it gets really scary about those 2 wicked aunts and plus, when the Moon King himself turns into a monster, that freaks people out)

3. ParaNorman (Aggie Penderghast's story line was a scary one, her getting executed, and then she has this: She becomes immortal by possessing the power of a wraith ...more

GREAT MOVIE, very well done, the animation is incredible, The characters are really thought out, but the best thing about this movie is how suspensful it is, and how many un solved things are about and how many things are to be theorized on!

It's about a woman who wants to add a little girl's head to her severed head collection. 'enough said, right? I still get nightmares from this almost 35 years later.

Disney's scariest movie ever from wheelers, to disembodied heads, to electroshock therapy this movie is messed up.

MUCH scarier than the original Wizard of Oz movie.

The Wheelers were scary

I watched this when I was younger and it was a bit scary at times.

Watch the psychedelic boat trip and TELL ME that wasn't scary.

He almost murders children, there are jumpscares, and he's eerie! This is just too scary!

He does nothing when the kids almost die. He just says don't be braty

4 The Secret of NIMH

This movie scared the hell out of me when I was young! I rated G my pants! Whoever rated this movie G should be sued! NOT A KIDS MOVIE!

What? I watched this movie as a kid, and it's not scary at all.

Pretty dark and dirstrubing but still good through. P.S the creator of this movie also did Sesame Street and the muppets.

I'm 19 and this movie still scares the living hell out of me.

It looked... like... THIS!
Pee-Wee was actually smiling when he screamed, but I wasn't.
Seriously. That face was terrifying.

Pee wee needs to be in a mental hospital.

Yes, I remember Large Marge too.

This is really good movie but I should warn you that you have to be older than 10
years old to watch this movie there is one scene that will scare the kids that will be
the mask scene of the grand high witch I freaked out when I saw this when I was 8 years old. The movie is way better than the book they don't have the same characters from
the movie.

9 Son of the Mask

Otis as the Mask it awesome, but movie is creepy. Just watch Gremlins 2: The New Batch.

Did they seriously market a sequel to a movie with guns and swearing for kids?

This is an awful movie and it's scary as hell.

This movies is creepy, just watch the Nostalgia Critic's review of if

I love this movie but it isn't that scary. But it's disturbing for little kids.

This ain't scary. What are you talking about? 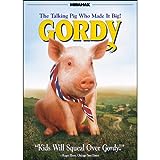 The Contenders
11 The Black Cauldron

I watched this movie when I was little, and it creeped me out so much I haven't seen it since.

Scariest Disney movie, first disney cartoon to be rated PG, and scarier than the chernabog scene from fantasia

I can understand rooms getting drunk and getting into life threatening situations and using guns. But when R.K. Maroon is killed so violently and it shows his dead body, oh, that gave me nightmares as a child.

Even though it features the greatest cartoon characters, there's murder and a lot of inappropriate content.

The true form of Judge Doom was very. With his red eyes and his high-pitched voice.

I LOVE this movie, but I will admit that Judge Doom's true form was pretty scary.

I was watching this my vie with my two friends and their cousin who is older than all three of us, and we had to shut it off somewhere around twenty minutes in because their cousin got scared.

I saw this movie at a block party, and I only made it like 5 minutes in after I saw the parents turn into pigs. I should probably watch it soon.

15 The Hunchback of Notre Dame

Agreed with the comments.

What's this doing on the list? It has no violence in it. Parents, I recommend this movie to your kids! It's adorable, lovable, and it has no inappropriate subject material! It's about rabbits, and the farmer digs up there home! So they must find the magical land of Rabbit city and find a new home! It's the best kids movie ever, your kids will learn kindness, honesty, and respectfulness for this glorious film! It's an excellent choice for kids 5 and under and they'll love it! Trust me on this one.

You'd think that it being about bunnies would make it a pretty innocent tale, right? Let me tell you, this is nothing like Beatrix Potter's Peter Rabbit! The rabbits are fighting for survival and tearing each other to shreds! Very bloody--had the misfortune of watching it when I was young and will never watch it again. :( The Black Rabbit spirit also scared the daylights out of me...

What were they SMOKING when they rated this film? This originally rated U? This film is automatically the worst kids film for featuring decaying bunnys! I HATE it!

Let's see:
Blood visibly shown in broad daylight,
Freaky imagery in-between stills,
At least one violent death every 10 minutes,
and that lovely image of Woodwart whenever he is on screen.

Frankenweenie is too scary for kids to watch even scarier than Son of a Mask.

I like this movie. It was really sad though

Not at all scary! With monster house, you can tell it's scary from just looking at the cover, but with the brave little toaster, you can't tell. Therefore, this movie is not scary at all because it's so predictable!

I was afraid when the house got shredded then came back to life. I was also afraid of Constance.

The owner of the house was creepy and I understand why our school didn't let us watch it.

I seen it before and it was scary!

It makes sense. This movie is really dark.

Umm how is this scary

I watched this when I was in year 2 and I wans't scared for some reason.

22 All Dogs Go to Heaven

I agree this wa scary, but only that, I found it boring. I mean, this is my opinion, so if you don't find it that way, I respect that.

You're just scared of it because of the CGI. Clearly you haven't seen Vannamelon's animated "Cupcakes" video or Salad Fingers.

When Marley unhinged his jaw, I freaked out and started to cry when I was little.

There are a few scenes that are scary as crap!

25 Something Wicked This Way Comes

Personally, I love ths movie. I mean it's terrifying in the best way and has this cool Tim Burton feel about it. If you are in the mood for a childish movie that takes it a bit too far than it should I highly recommend this movie.

It features a character getting decapitated.