The Top Ten
1 All Our Gods Have Abandoned Us 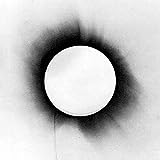 This album is one of the bests albums that I've heard in my entire life, the lyrics are the bests of the band, when you listen the album you can feel all the emotions,the rage, pain, sadness, impotence against the world, life and the close death of Tom in that year. All the songs are simply great, "Nihilist", "A Match Made In Heaven" and "Phantom Fear" are very powerful songs. "All Love Is Lost" and "The Empty Hourglass" have some new sounds that the band implement in the album, are calm songs but still have a lot of force. "Deathwish" and "Downfall" have some of the best breakdowns of the album, and never decline with the voices."Gravity" and "From The Wilderness" have some of the best lyrics in the album, the changes of rhythm are simply awesome."Gone With The Wind" is one of the most personal songs that Architects ever made, this song transmits you the sadness and impotence that the band felt for Tom's cancer, this song have the best breakdown of the album, and the clean vocals ...more

The list should be
1. All our gods have abandoned us
2. Lost forever // lost together
3. Hollow crown
4. Daybreaker
5. The here and now
6. Ruin
7. Nightmares

I love each album, but this is my favorite, I think. Each song is catchy as hell, the lyrics are extremly agressive and beutiful. I think HC is higher than this one just because HC is more like clear metalcore than AOGHAU.

This is definitely the best album! 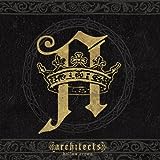 The heaviest album yet. Still manages to be melodic and catchy. The best songs are Early Grave, Dethroned, In Elegance and Hollow Crown.

This album is the best architects album by far, great vocals and guitar, so much angry energy makes this a fun/full on experience 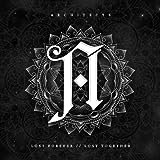 The latest album by Architects. The first half of the album is perfect but after that it gets a bit boring but their is some decent parts of songs after this, for example the introductory riff on C.A.N.C.E.R.

In my opinion the top three should be 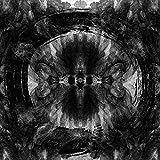 An incredible album. Mind blowing and perfection from start to finish.

A very good release by the band with a powerful beginning with The Bitter End and Alpha Omega. Ends amazingly with Unbeliever.

Seriously? Lower than The here and now and All our gods have abandoned us? Easily their best effort...

This album should not be under the here and now what guys?!?!?! alpha omega? these colours don't run? even if you win you're still a rat? devil's island? please...

6 The Here and Now 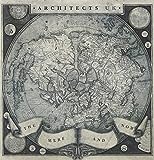 The catchiest album by the band. Nearly all of the tracks are perfect. The last track Year In Year Out/Up And Away features Greg from The Dillinger Escape Plan and it's a great end to a great album. Very underrated.

Criminally underrated. One I keep coming back to.

Architects experimenting with catchier tunes, the band at their best

The first album to feature Sam Carter on vocals. A good album, features the songs Buried At Sea and Always.

Either this album or Ruin is the most technical album. This is the only album not to feature Sam Carter on vocals. The best songs on this album for me are To The Death, The Darkest Tomb and In The Desert.

9 For Those that Wish to Exist 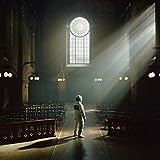