If Satan existed and listened to music, it would be his favorite album, no doubt.
I am not a fan of Black Metal, but this album is really great one. As Varg Vikernes said, "Why on Earth do people even bother listening to other Black Metal albums when they can listen to albums like this one? "

Undoubtedly the best by Mayhem. The murderer (Varg Vikernes) and the victim (Euronymous) played together. Dead committed suicide. A satanic circle was established and a number of churches were burnt down to ashes.

This was the most controversial Metal album ever.

Clearly their best studio album! I prefer dead on vocals, but I must admit that Attila interpreted the lyrics for Life Eternal (one of my favourite mayhem tracks) extremely well.

A sheer brutual assualt of what would become one of the most influential black metal albums of all time. Phenomenal songs and consistence excellence. I have yet to hear their others, but this would be hard to beat. 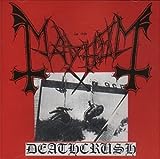 Deathcrush is an awesome album ngl. It fits the whole black metal vibe, singing through a old nokia phone,shrieking vocals, disturbing lyrics. This is norwegian black metal my friends. Despite Euronymous's awful actions, I have to admit his guitar riffs and solos are a banger

The riffs in this album are awesome, it's a shame that Euronumous was killed, he was an awesome Black Metal guitarist.

Brutal to the core, one of the albums that kicked off the black metal scene in Norway.

Euronymous' one of the best solos is included in this album. Great musicianship and awesome production. 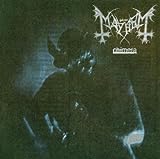 Truly under appreciated for its greatness.

More technical than others, shows the transformation of the band without losing its essence

I like just a very few of really extreme metal, and this is one of them. Raw, energetic and Dead is on vocals. Simply awesome! Too bad Dead was depression through his life and he killed himself too soon, he's death is one of the most tragic in the music history.

Are you guys insane? This is the only recording with Dead and Euronymous. Why would you pick anything else? They probably didn't listen to this one

How isn't this number one? Some people don't know their classics... 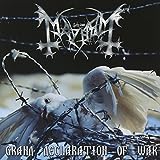 This should be #1! It has the best sound quality and production from all of Mayhem's albums. 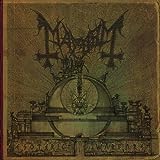 Wow. I'm really impressed they pulled this off. Really varied and interesting. Sort of maintains the vibe of 'Ordo Ad Chao' but it isn't musically a slop fest like OAC was. Great. 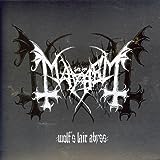 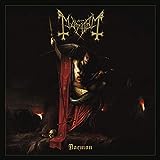 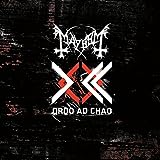 10 Dawn of the Black Hearts

Let's be real: Without the most famous black metal cover, nobody would even know this album 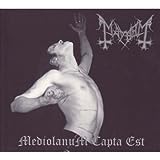 12 Out from the Dark

This album deserves more respect! These rehearsal recordings have a fairly good production quality compared to the other recordings with dead, except of course the two studio tracks.

Sick album dead is great. This is the mayhem line up everyone loves and this is the studio album every fan of mayhem should get especially if you love dead as the vocalist. 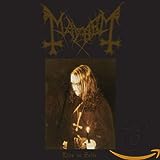