The Ten Best Selling Songs in Austria in 2003

And here you can witness the peak of the craze for talent search shows; or as they were called in German, "casting shows". Michael Tschuggnall won the first season of the Austrian competition "Starmania", Christina Stürmer came in second place (ironically, Tschuggnall dropped into obscurity soon afterwards, and Stürmer became one of the biggest and best selling Austrian artists ever with a long lasting career), "Tomorrow's Heroes" was the theme song of the first season, and Alexander Klaws won the first season of the still running German show "Deutschland sucht den Superstar". And of course a couple of other pop, neo-soul, rock and hip hop songs.
Source: https://austriancharts.at/2003_single.asp, Created on 2/27/2019
The Top Ten
1 Ab in den Süden - Buddy & DJ The Wave

Having spent 12 weeks on top of the charts, the summer hit was also the biggest number 1 hit of the year. - Martin_Canine

I guess it's okay for a holiday summer hit, it literally being about going on holiday in the South, and enjoying the sunny weather. For a party in summer, this will get you into party mood, but it's by no means a great or even outstanding song, and no challenge for tracks like "Aserejé", "Mambo No. 5" or "Coco Jamboo". A completely average party song. - Martin_Canine

Great, great, great!
Christina Stürmer performs her songs with the personality of artists like P! nk or Avril Lavigne, who may be poppy, but far more edgy and real than the average pitch perfect pop star. "Ich lebe" is not only a really great pop rock song, it was also the start of one of the biggest careers of an Austrian artist. 16 years later, one can only wonder why Michael Tschuggnall won "Starmania" instead of Christina, as he only had one hit song that is now forgotten, while she in the meantime already has over 20 top ten hit songs and 8 number 1 albums as of February 2019.

In 2005, Stürmer re-recorded "Ich lebe" for the German market, with slightly altered lyrics removing risky war and terror metaphors, and a far more alternative rock oriented outfit. This version was a major hit in Germany and is more widespread on YouTube. - Martin_Canine

Despite what I said about Tschuggnall on the previous item, he was not half bad either. It just feels really absurd retrospectively that the second most successful Austrian artist on the Austrian charts (after Rainhard Fendrich) lost to a one hit wonder whose popular single or name isn't really remembered anymore. Nevertheless, "Tears of Happiness" is a great pop rock ballad in the tradition of 70s sibger songwriters that's a thoroughly pleasant listen. - Martin_Canine

There was no other artist ever again that sounded like t.A.T.u., not even the solo songs by the two women. Blissfully trashy, dazzling electropunk with sometimes delicate and sometimes shrill vocals and provocative lyricism. Their use of LGBTQ+ aesthetics was confrontative and while some may criticize it was all just for the image, it did its job really well: in times less focused on interpolating minorities, their songs about forbidden romances, and running away from hatred and prejudice were desperately needed. Even if Julia Volkova turned out to be ridiculously homophobic herself later on, although Lena Katina responded reasonably by stating love is for everyone. "All The Things She Said" is their biggest hit, and it's a masterpiece - but even if they never again had such a huge international success, do yourself a favor and listen to all three of their albums, whether in the Russian or English versions. - Martin_Canine

The bilingual song by Germany's biggest soul sensation is one of his most beautiful and sensitive songs, one that gets more overwhelming as it goes on while the beginning (the snippet on the audio sample) is even a bit on the minimalist side. It grows far bigger in scale.

Don't be disappointed that RZA does not have a rap verse, he just speaks the intro and co-produced it. It's nevertheless worth it, because Xavier Naidoo is a genius and thos is from his best era. - Martin_Canine

What a great beat, what a cinematic performance by Eminem, how incredibly thick the atmosphere is as the tension gets higher and higher. Awesome.

But you all know this song, and what it is. Let's talk about what it is not: the best piece of multisyllabic rhyming out there. Why? Well, just google "Kollegah Reimkette" ("Kollegah rhyme chain") and click one of the several short videos featuring excerpts from Kollegah songs while highlighting the rhyming syllables. You don't need to know German to hear the complexity of how he uses vowels.

Don't get me wrong.
Eminem is a masterful lyricist due to his gripping storytelling, deep commentary on impact of pop culture and economics, and his sheer endless vocabulary. And that is what makes him the best rapper in these categories for me. Kollegah however is the king of aesthetic choices: he has the greatest rhymes and most clever word play. He on the other hand has the downside of being all style and no substance, where Eminem ...more - Martin_Canine 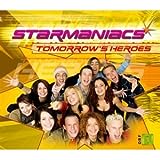 This song had no right to be this successful and is a classic case of a product of a short lived hype. The participants of the fresh and new taletnt search show performed a basic pop song together, giving performances of varying quality. When the season was over, it was never heard of again. It was solely part of the craze for the show, and more of a merchandise product than a piece of music the people actually liked. Of course, that doesn't mean that there weren't some who loved it for its music, and after all, it's not bad song - it's solidly written and produced, but it doesn't leave a lasting impression. - Martin_Canine

In the 21st century, Dieter Bohlen throws out manufactured hit songs like a machine. And that's exactly what they sound like, too. "Take Me Tonight" has no personality whatsoever. It sticks to a premise that's proved to be successful and buys in on the short lived hype of Klaws having won DSDS. When the show moves on to the next season, both the singer and the song would be forgotten. But Bohlen made his share of money. And it goes on and on since (only Pietro Lombardi and Beatrice Egli managed to last much longer). - Martin_Canine

9 In the Shadows - The Rasmus

Yeah... yeah, this is good. It is nice to hear such a cool pop rock song having been big in a year filled with talent show winners (no, Christina, I am not talking about you, you're the awesome exception). Bang your head and enjoy the chorus planting itself into your brain, not planning to move out anytime soon.

10 Where Is the Love - The Black Eyed Peas & Justin Timberlake

I never made a secret out of the fact that I love the Black Eyed Peas. Not thinking they are merely underrated or overhated, but regarding them some of the best of their generation, with "Elephunk" and "Monkey Business" being their peak, being absolutely unique in the way they combine funk, hip hop and pop and tying it together so fluently. "Where Is The Love? " is one of the really great songs, as it not only is musically very appealing and emotionally charged, but also has great lyrics, which at that time was something they did not focus on. - Martin_Canine