Top 10 Albums Todd in the Shadows Should Review for 'Trainwreckords'

Trainwreckords is a segment made by youtuber Todd in the Shadows, analyzing the albums that "killed" an artist career. This could be in any way, from making the artist in question irrelevant, to an album that was generally panned by critics. Here are a few suggestions for that segment.
The Top Ten
1 Tha Doggfather - Snoop Doggy Dogg 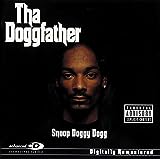 Unlikely now, considering Todd liked a tweet listing it as an example disqualified due to the artist recovering afterwards, as Snoop ended up having more hits after this, namely the Billboard #1 "Drop It Like It's Hot".

Limp Bizkit's 4th studio album, not only considered as their worst album but also considered as one of the worst albums of all time, this one has less elements of rap compared to their previous albums and has Fred Durst singing more "emotional" songs - Pato_cargo

Well... it didn't happened (and probably never will) but at least we had Funstyle, which was more interesting tbh

Jossed, he ended up covering "Funstyle" instead.

10 Man of the Woods - Justin Timberlake

The Contenders
11 Cut the Crap - The Clash

The final studio album by The Clash, considered as the worst album of the band by a long shot, the album tried both to follow the punk roots the band has been making while still putting 80s pop elements in the music, also the making of this album was a complete disaster
edit: Already happened bros - Pato_cargo

The unpopular Raditude, the album where Weezer completely jumped off the shark, this one also has a big change in their sound at trying to appeal into a younger audience with poppier songs and even a song featuring Lil Wayne, probably didn't killed Weezer's career but surely killed Weezer's love from the media and fans thanks to this album - Pato_cargo

This is definitely a good example of a trainwreck that needs to be talked about.

15 Music from the Elder - Kiss

17 On Every Street - Dire Straits

18 Anything is Possible - Debbie Gibson

Didn't really have much of a career to kill though.

I wouldn't consider this to be a career killer because the band was pretty much dead by the time this album got recorded. The only "member" to appear on it is Doug Yule, and he wasn't even a founding member of the band. - Gg2000

23 Behind the Mask - Fleetwood Mac

This doesn't really count as a career-killer, since both Gregg Allman and Cher eventually saw a resurgence in both their careers. It's more appropriate to call it an experiment that went horribly wrong.

He has briefly mentioned this album in other reviews, so I'm sure he's gonna get to it soon.