I thought this was the saddest thing I've ever seen... until I read a story about a real life dog who did the same thing!

I sobbed my ' heart out on this episode.I mean the worst part is when he smashes the machine saying "Seymour would have forgotten about me",then it cuts to flashbacks of Seymour waiting there,in the same spot,waiting for fry every single day.and it makes me cry even more because I'm a dog lover...I'm sensitive to sad dog episodes.

If you don't cry watching this episode, something is wrong with you!

2 Have You Seen This Snail? - SpongeBob SquarePants

A lot of people say the episode Dumped is sad but that one just had a plot twist at the end because Gary just wanted a cookie but in this one, Gary actually left, there was a sad song, SpongeBob put papers literally everywhere!

Before this episode, kids like me were laughing all the time with spongbob. But then the creators hit us with this tear jerker. And Gary's song is the saddest song ever used in a cartoon. Period.

I can't watch this episode because I lost a cat this way, and he never came back, I was in a bad mood when I let him out, I cry everyday because of it.

This episode will strike a massive nerve in people who's had pets run away.

One of the most powerful endings to a show I have ever seen.

They force the sadness way far down your throat.

Homer cries about his mother leaving him.

4 I Remember You - Adventure Time

Total trauma. Marceline is the love of my life and when she cries I cry too. Probably she lost her human mother during the war, and where was her demon father? In the nightosphere maybe? How did he have the guts to forsake such a cutie?!? Simon took care of her and that stupid crown ruined everything... I've happened so many times to cry during animated series and movies but this is the thing that damadged me the most even from the physical point of view, I feel bad for 2 days if someone mentions some lyrics of that song at the end. I'm Italian and watch adventure time on boing (not on Cartoon Network because it's pay per view) and the next time this channel airs my trauma I'll unplug my T.V.. My lovely, cute and absolutely important little baby marcy is in my heart and will always be there, she deserves so much love...

This episode was really deep. The song included in it made it even sadder. I recommend people who haven't watched it to watch it. Both Marceline and the Ice King/Simon have really sad backstories.

I love this show so much.

Not a very good episode for Mother's Day.

I cried at the poem part

I remember this... sad

The scene was incredibly real, and relatable.

I cry so much in this show it's unhealthy.

7 Remembrance of Courage Past - Courage the Cowardly Dog

Although Jurassic Bark and Have You Seen This Snail were one of the saddest episodes, Remembrance of Courage's Past made me cry for 4 hours straight. This is heartbreaking that Courage's parents, when he was young, get taken away by the vet, and while Courage tried saving them, he went through the vent amd hopelessly watched his parents get launched to space. But luckily, Muriel came in and helped Courage out of bondage. In the meantime, Muriel and Eustace were going to get launched into space. But this time, Courage helped them just in time. And the vet got launched instead. And it ends with all the dogs that he sent were tougher and stronger, and it even shows their parents still alive, and they beat the vet up. This episode shows you that there is bad and good people in the world. The bad is the vet and the good is Muriel. This lines up to my top 3 favorite episodes and Courage is my favorite show. They put the best to the (second) last episode.

This actually made me cry! It's way sadder than Have You Seen This Snail? ! Gary was being neglected by SpongeBob! If I were Gary, I'd turn myself into a no-kill shelter so I could find a better home. And Courage the Cowardly Dog is tons better than SpongeBob!

It was so sad when Courage's parents got sent to space and all Courage could do was watch helplessly as the rocket was being launched. Thank God Muriel took Courage in.

The episode is so sad that it puts Angel Beats! and Clannad to shame. We will always remember Courage's parents.

This episode was sad... because it was so awful! Man, this episode is terrible!

L am impressed by this episode.

This was pretty sad.

When I was ten, when I watched this episode, I almost cried. When Kenny came back at the end of season 6 I was extremely happy. And yes my parents let me watch the south park episodes that weren't extremely bad.

Why is this only #11. This seriously should be #1. Whoever did not cry even a little bit at this episode is heartless. Especially the fact that Kenny was a real person.

God this episode is so sad. It made me cry! But at least the ending is pretty funny.

Definitely sadder than Heart of ice.

This should have been higher.

13 How Long Is Forever? - Teen Titans

Sad episode. It discovers what happens when our beloved heroes disband. Robin is nightwing and a badass (as usual) Cyborg is old, weak, and lonely. Beastboy works at a circus, and Raven went insane. It's really sad and shows how important each character is to sticking the team together.

Should be higher. The first episode of Teen Titans that I watched and it was a pretty dark episode to start with. When Starfire saw a broken down, old version of Cyborg, I almost shed a tear. Great episode with a nice message

Old Cyborg, I could live with. But old Raven and old Beast Boy really got to me. At least Robin became a total badass.

Here lies Philip J. Fry named for his uncle to carry on his spirit.

Don't you forget about me.

What happened in this episode?

The ending is breathtaking and tragic. But summer lives on in our hearts. R.I.P. Gravity Falls.

Because of the ending!

Really sad. Terra fights against the titans, and they show her who they can be. Terra eventually turns on Slade and protects her friends, sacrificing herself to save the city. Heartbreaking

Aw, Pikachu, baby... Let me pick you up and shower you with love and attention...

This is so overrated

Watching all of the stuff Appa had to go through to find Aang, and the horrible treatments he received was really difficult to watch.

24 Storm in the Room - Steven Universe 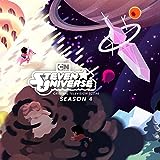 This episode was so depressing. I think I know suicide now and people need to learn too.

Tom and Jerry succeed in suicide. And this is a kid's show?