The Top Ten
1 Until We Have Faces 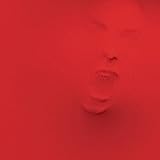 Honestly, I think Until We Have Faces is their best album. It's the only album with a common theme that they make flow together throughout each song. You have songs like Not Alone, Lie to Me, Buried Beneath, Hymn for the Missing, and Faceless, which are five unbelievable tracks. Although End of Silence and Of Beauty and Rage are really good, this one tops them all. 10/10

From the opening scream in Feed The Machine, to the harmonic voices closing Hymn For The Missing, this is a solid album.
Feed The Machine and Lie To Me are my favorite songs, but every one is worth adding to a playlist. 8/10

The album that hooked me

This was my first Red album, and it's my #2 favorite. I love how raw and in-your-face this album is. It's an amazing medley of distorted guitars, deep drums, violins, a hint of beautiful piano, and some screamin' vocals.
My top tracks are Let Go, Breathe, and Hide. The outro to Hide has one of the most beautiful piano solos I have ever heard.
Overall I give this album a 9/10

One of the first REALLY good Christian Rock albums by someone other than Skillet! Songs like Let Go, the hit Breathe Into Me, Pieces, and Lost are some of their best work. After long deliberation, I don't think this is their best, but it isn't far behind it. 8/10

2nd? All the songs in it are the greatest hits of RED you can, t deny it.. Are there better hard rock tracks than songs like Breathe into me, Let Go, Already Over, Hide, Break Me Down, Lost.. The most kick-ass album RED have done... Until We Have Faces is good but you can. T compare it with end of silence because end of silence is better..

Probably the best Red Album with songs like Lost, Break Me Down, Already Over, and Let Go are amazing songs from EOS.

3 Of Beauty and Rage

I love this album! After a disappointing Release The Panic, Red returned to their roots with the heavy distortion and strings.
Everything about this album feels very polished. It feels like the score to a movie, and even though their isn't a story progression, the way the album unfolds connects with you like a gripping movie plot.
My favorite song is Shadow and Soul.
This album gets 9/10 from me

I was pleasantly surprised with this album. There are so many good songs on it. Darkest Part, Falling Sky, Part That's Holding On, Take me Over, Gravity Lies, and Of These Chains are all amazing. The only song I don't really like is What You Keep Alive, and even that is better than thousands of others out there. Definitely a must have! 9/10

This isn't my favorite Red album, but NUMBER 5!? And Release The Panic and Innocence and Instinct are above this!? How? At least put it at number 3! This album is one of Red's best! It has long songs, great atmospheres, and it is full of content!

This album is crazy good. Literally every song on it is phenomenal and I just have no words to describe how good this album is. This album just shows that RED is the best band!

The only reason this is my fourth favorite RED album is that RED is the best Christian band of all time. Every song on here is absolutely phenomenal (with the possible exception of Ordinary World, but they didn't even write that one! ). Something that many people do not know is that this album has a Deluxe Edition that actually, in my opinion, makes this a far better album. It has an intro, several incredibly brutal bonus tracks, and honestly it just makes the record feel much more balanced.

My favorite tracks, from the album as a whole, are Death of Me, Out From Under, Take It All Away, Shadows (disgustingly catchy, by the way), Confessions, and more. But still, my fourth favorite RED album. That says a lot.

Hands down my favorite Red album. This is the classic Red sound I have always loved. The rawness of End of Silence was great, but Innocence and Instinct seemed a bit more rounded out. It has a good mix of upbeat, radioesque songs about love, and heavier songs with darker themes.
My favorite track is Death of Me, followed by Fight Inside and Confession.
In my book this album is a 10/10

Compared to Until We Have Faces, of Beauty and Rage, & End of Silence, this album isn't that great. Really the only good songs are Confession, Start Again, Shadows, Never Be the Same, and Mystery of You. Completely overrated (especially Death of Me). 6/10

RED is the best band out there. Since I stoped listening to band like disturbed and five finger death punch I a happier person. They just make you angry but give you hope

It's a pretty solid record. The band has their usual features: gritty guitar tones, a few ballads and a few hard rockers, high and low dynamics, clean vocals with moments of screaming, et cetera. However, the band takes a more straightforward approach in creating songs, utilizing shorter song structures which keeps the album moving along at a relatively quick clip. They also experiment with electronic elements, ditching their former keyboard accompaniment in favor of atmospheric sounds that tie directly into the vocals and guitars. These changes they've implemented, along with the album being their fourth, make the record feel like a more mature and well-rounded effort.

I know this was a departure from their original style, but it wasn't THAT bad. Grant it, it's not their best (by a long shot), but if you get past the title track and Damage, songs like Hold Me Now, So Far Away, Glass House, If We Only, The Moment We Come Alive, and As You Go are really good, especially the recallibrated versions. 7/10

Many fans were not thrilled about the musical exploration of Release The Panic, myself included. The songs aren't bad, they're actually all pretty good, but it just doesn't sound like red. It's fitting that this is the only album that didn't use red in the album art.
I give RTP a 6/10

Not much to say, other than the strings added to mimic the old feel of Red do not in any way feel like part of the songs, simply a new layer added over the top of everything.

Great album. Way heavier than the last album by a long shot.

What can I say? Amazing album!

I'm not really a fan of this album. I had high hopes following Of Beauty and Rage, but was disappointed by what in my opinion is an overly-electronic sound in this album. The songs are decent, although none really stand out to me other than Gone.
I give Gone a 5/10, not bad, but plenty of room for improvement.

It may not be as good as their past records but it was still enjoyable to listen to. I like the electronic elements they added to this album too. Overall, I'd probably give it a 7/10 rating.