The Top Ten
1 The Incredibles

The Incredibles is cool. I don't have a favorite character from it, though.
I like the villain from it. The villain has a good backstory. His favorite superhero ignored him so basically he tried to kill him.

This and up are my favorite Pixar movies.

This is my 10th favorite movie of all time.

This is the best Pixar movie of all time.

I don't accept! This should be at the top!

Have you ever heard of anyone not loving Finding Nemo!? No. You haven't. Beautiful movie.

Finding Nemo is my fave movie ever! ALongside Zootopia and The Lion King

Saddest animation ever! It is hardhitting and brilliant. The first film I watched in cinema was bloody g force. That was going to stop me going to the cinema. This was the second film in cinema I watched. Loved it

It is literally the best movie of all time and I demand it at the number one.

It's the best movie

This movie is better than the whole "Toy Story" trilogy for four reasons. 4: The best Disney villain ever is in this movie. 3: "Toy Story" and all of it's sequels were terrifying! 2: It's about video games. 1: *drumroll please* Felix. Just Felix, no questions asked.

This one was super nice

This is my personal favorite animated movie, Incredibles and Big Hero 6 are close

I didn't care about the human characters, but I love the emotions and Bing Bong.

This is my favorite Pixar movie. I was surprised it was good, since it is Pixar. 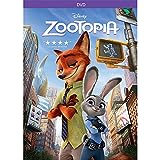 It's by second favorite movie next to only Big Hero 6, but it's new, so I'm surprised it made the list.

I love this movie cause it's so good. It needs to be much higher up on the list,

Pretty much everything about it is great.

Surprised this isn't ranked above Frozen.

Wall-E is and always will be the greatest movie of all time.

While its portrayal of Incan culture may leave much to be desired, the characters and their interactions with one another are top notch, and do I even have to explain how funny the comedy is?

Only a stupid boomer would think this movie has ruined Disney in the slightest.

Why is this sacred Disney masterpiece so low?

Love this movie especially the part where Miguel returns from the world of the dead and gets Mama Coco not to forget about her Papa.

This is my favourite Disney film. Family fun and lots of catchy songs. This should be in top ten. Your Welcome!

Awesome .
It had all a movie can offer.
Comedy, Romance action.
It is countless .
Just an amazing movie .

One of my favorites

Also a much better alien movie than Chicken Little.

Almost as great as Beauty and the Beast and The Hunchback of Notre Dame, both of which were directed by the same two people as this movie.

These characters are fantastic, although they probably would've worked better in a TV show than in a feature-length movie.

No one likes Cars 2. Atlantis should be a lot higher!

WHY IS THIS NUMBER 22? It is my third favorite movie only to Zootopia and Big Hero 6! How dare they put it at number 22!

A personal course correction for Disney after the critical disaster that was Chicken Little.

This one is pretty good.

20 The Princess and the Frog

Much better CGI Disney movie than Chicken Little. Seriously, Chicken Little apparently had a larger budget than Tarzan and The Hunchback of Notre Dame, yet it looks even more cheaply animated than Dumbo!

This movie is kind of like The Aristocats if it had more plot and substance to it.

I really loved this movie as a kid mostly just because there were so many dogs.

I love this. My friend Film Person says that this film is better than Don Jon and Wreck-It Ralph because he said they get too much attention than this, but that is what my friend thinks. I like this film and I think it is best in my opinion.

Best of the cars movies and my fave sports film. Has lovely animation, great music and I really like the characters, especially Lightning and Mater.

Love it! Is the best of the 3 films in this franchise and never gets old for me. The second was fun but a bit of a mess and the third is pure disappointment wrapped up in fancy animation. Just watch this one and you'll be happy. Simple but good plot, likeable characters, cool race scenes and fun for all ages. Just it 😊

The fact that this is not number 1 is ridiculous.