1 Big Rigs: Over the Road Racing

I only like games that are so easy they feel almost unfinished. You have Dark Souls, Cuphead, Call of Duty: Advanced Warfare, Fifa XL, Mike Tyson, Contra, all that jazz. But at the highest echelon is this placeholder of easiest game ever. The races may be ridiculous in difficulty in terms of competitiveness, but the tight controls and realistic maps always give you and everyone else racing a fair chance. "But the glitches" you say. You're buying the cracked version they intentionally sell you to give a name to the product, they know it sucks. The real version can be found on Bandcamp under the trusted distributor of Hendo2. It may look like a music site at first, but buying his discography for 75 cents can lead to you owning one of the most replayable games ever for dollars on the cheap. It's what the describes it as "a little gift from a real gaming professional."

Trust me, I know my Big Rigs. And so does Hendo2. - Satire

It is the worst game ever made and one of the easiest because of it's bugs. Combo breaker

Cloud and Candy is the worst boss ever. Took me years to beat! - TheInsomniac

Way too easy the only challenging part is getting a high score. 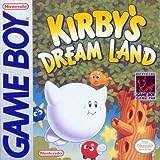 This so damn easy. I literally unlocked Mirror in 4 days and all the characters in a week. - AlphaQ

Agreed, I can knock this one down in about 35 minutes or less

You pick him up and throw him - Ilikegames

So damn easy, took me 2 hours

The elite four is the only hard part in the game.

You only lose money when you die in battle, so spend it all first!

This is those as a too easy

If you've seen AVGN's review, you'll know why it's simple.

Definitely the easiest, you don't die at all. The real challenge is earning the gold medals without falling.

What PUT THIS HERE ON EASY - idontknow

Of course this would be easy

Trust me, this game's place on the list completely stops being true the minute you play Champion's Road. - Entranced98

As someone who sucks at video games, I’ve beaten this game handful times... When I was 10, so I was surprised to see it barely make the top 50. - 3DG20

I’ve always been a sports guy and never gotten into video games, but this is the only game I’ve ever beaten.

32 Rugrats in Paris: The Movie

I keep telling y'all this is an easy game so easy that it adjusts the skill level to make it even more easy through lag, stopping attacks, and less damage. Sure to work in your favor. - Satire

44 The Legend of Zelda: Twilight Princess

Diababa: Just catch the bombs with the Gale Boomerang and feed the bombs to him!
Fyrus: Shoot him in the face with arrows and yank the chains!
Morpheel: Use the Clawshot to grapple on to the eye on his back!
Stallord: A fun boss fight, but just bring him down using the Spinner!
Blizzeta: Beat her up using the ball and chain!
Armogohma: Power up the statues using the Dominion Rod and whack him!
Argorok: Move around using the Double Clawshots and latch on!
Zant and Ganondorf: Ridiculously easy!

When I first played this game I thought it was going to be hard... but actually it was pretty easy, Every boss in the game is a joke.

Outside of Hard Mode and Dreamy Bowser, that is - xandermartin98