The Top Ten
1 Prince of Persia: Warrior Within

Warrior Within has the best environments, best terrains and puzzles to go through them, best battles, most smooth fighting experience provided by best combos, best alternative ending. The story totally binds you, pretty much in dark with a demon you have to run against, can't fight it, a strange empress, a black character throwing things at you which is finally revealed to be? Spoiler here. It's best and if you reach the alternate ending, the storyline turns out to be awesome.

My first 3d PoP game (I played the original too)! Much better and satisfying gameplay than PoP: Sands of Time, darker storyline with cool background music and challenging puzzles.
PoP:TT was good but somehow easier and less challenging than PoP:WW although it had some nice additions.
PoP:2008 was something refreshing and diffirent but not for everyone. Very good game on its own.
PoP:FG, now I haven't really played much this game, watched it on youtube but I already see that this one too isn't much of a challenge, it looks beatiful and story is fine but it's missing something...

I think people overestimate the arguments about sexism and brutality of that game. It had its brilliant climate and Godsmack tracks really was a big part of it. Without any walkthroughs it was a fantastic challenge at the time.

If you will compare ALL of the POPs now, Warrior Within would not be top 1... But if you will base the rating on how the good the game was at its time, POP Warrior Within is the best... Like that time (year 2002) only few games are awesome. While now, although newer POP games have better graphics, there are so many other high quality games that are on par/even better than POP... Just my opinion. Anyway, I vote Warrior Within.

2 Prince of Persia The Two Thrones

This is a brilliant game, with both compelling story and gameplay. The gameplay is much more refined, adding the Speed Kill and the Dark Prince sections. The new enemies and bosses just add more and more to the game. The soundtrack gave me literal shivers, I could feel my heart racing when I was at the Towers (sections before the Vizier Boss). The bosses were also quite unique, and the Vizier Boss was an absolute blast.

Now, the story, it is BRILLIANT. I loved it, the characters were so great, and I just loved the heck out of the conversations between the Dark Prince and the Prince. This game continues directly from POP WW, having the Prince return to his hometown, Babylon. Kaileena gets kidnapped and the Prince tries to find her, until the Vizier stabs himself with a dagger and becomes immortal, he becomes, from a human to a...whatever the hell that is? It's like a demonic golden human-sized butterfly of death. Long-Story short, you travel through the dangers of the sand ...more

POP TT is the best game as it has good graphics and a good story. It's a new type of game that shows us about the character in dark prince and prince.

It also has the world's best sword, the royal sword and a weapon of death the daggertail! The god of time zurvan has big abilities and the king's road is the hardest part.

It is obviously better than warrior within about the graphics and moves. The forgotten sands is a nice game but I like two thrones better because of the story and in the well of ancestors he finds his father dead. That part was a humorous part which was the best part I would have ever seen.

The sands of time is nothing in front of two thrones as the better graphics, story, and the weapons.

Even the story ends in a good way in the dream of deathly dark prince and finally everyone free over the Babylon.

Please vote for this game too!

A very good game. It has speedkill, which was very fun. The hard part was deciding if the better one was WW or T2T. I chose T2T because it's gameplay is really good. The PSP version, Rival Swords, added advanced levels. If you want to talk about the PSP version of WW, which is Revelations, I am outta here because Ubisoft didn't care about their textures and added some weird stuff to the extra puzzles, which ruined the fun of the Prince of Persia series.

3 Prince of Persia: The Sands of Time

This is the worst game of trilogy, too many sand monsters prince is so weak and not agile as in warrior within and two thrones . This game really sucks should reduce the number of sand monsters

This is an immortal masterpiece, the only Prince of Perdia game genuinelly artistic. Other POP games are good, but commercial rather than artistic. The Sands of Time is the only one what mixes an original argument, a fantastic gameplay and a convincent love story. Warrior Within can have better combats, but the story lacks strength and originality. As a consequence, Warrior Within relied too much in the graphics and will look too old in 10 years. The Sands of Time is immortal, since it does not depend on the graphics but the story.

Please vote for this one... This is the best because this game helped start the idea of Warrior Within. All thanks to this game warrior within was born because the attacks were similar but warrior within has better strikes. I recommend you play this if you haven't played prince of Persia ever before and is a starter at gaming. Play this and you will start loving the prince of Persia! Believe me.

My favourite is probably this or Warrior Within. I had to vote for this because how could it not be at least #2. It's such a fantastic game that every gamer should definitely play if they can get their hands on it. The only reason Warrior Within might be considered better is because of the combat and Metroidvania style gameplay.

4 Prince of Persia: The Forgotten Sands

This game brought action-parkour to a new level! Though there were annoying bugs at places where you don't want them to be like The Baths, The Observatory and the gates to The Final Climb, The game is just awesome. The graphics and interface were amazing while the interaction with elements like time, freezing water and the add on powers like the whirlwind, ice blast, flame trail and the stone armor were more than brilliant. Ratash, the antagonist was a great villain challenging the Vizier and the Dahaka. His chase was one of the most awaited parts of the game. Razia was a great sidekick for the Prince especially after becoming the Sword of Djinn. Love the game!

Lol this trash better than warrior within? What a joke. It has better graphics? The Prince looks like a monkey in this cash grab of a game. It forced a brother in the story because it was released around the time that stupid movie was released. The combat is nothing in front of the vastly superior combat of warrior within. They only used the Warrior Within armour because it looks the best. If this game is set between sands of time and warrior within, where is the Dahaka? What a rip off.

Gameplay felt great, Prince was still a blast to play as; ESPECIALLY with his new toys. It deviated from certain gameplay mechanics that were missed.

Prince of Persia (2008) is one of the best games I have ever played. It is a game that focuses heavily on the story and the world, both of which are brilliantly executed. When I reached the end, and the full meaning of the story hit me, I was blown away; it is beautiful, but it is a sad, and harsh beauty, and really makes the player think about what it means. A lot of care has been taken in creating these characters, and the way their relationship develops is great because it is simple. This really is a game that everyone should play once in their life, and I hope that we can see more like this in future years.

This game really deserves a sequel. The stupid whiny Fanboys complained that this game was not related to the sands of time trilogy and that's why it never got a sequel. Well guess what fanboys. The sands of time trilogy isn't the original either. It's a reboot of the original games. If that reboot could get a complete story then why can't this one get sequels too? Their complaining cancelled this game and Ubisoft made the forgotten sands which wasn't as good as the sands trilogy. Its because the sands of time trilogy had a satisfying ending. Give this Prince a chance to finish his story as well. Such a beautiful and innovative game was discontinued because of haters. It's so unfair.

Definitely the best Prince of Persia and one that brings the original concept to modern graphics capabilities. I absolutely love the graphics, the motion, but most of the incredible detail that developers imbued in the game making sure you wouldn't those silly glitches where character just jump to a new location when another falls into the space they were before.I mean, seeing the prince catch the falling princess as she slides down a wall instead of simply

A game for those with imagination, best PoP I ever played due to its consistency. The story is unbeatable, and the game turns out to be quite breathtaking at the end. This game's not for the blood-lovers - they don't even stop and listen to the dialogues. I think changes don't always work for games and movies, but this one really did a good job. 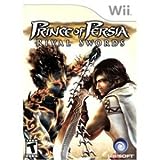 I have gave my vote to both Prince pf Persia the two thrones and prince of Persia the rival swords as both I played are similar. Since mostly I have played 'the two thrones' but still I thought both seems to be same so thought of giving my contribution to both the games

My name is mohit

It's really a good game

7 Prince of Persia 2: The Shadow and the Flame

It's short but intense. I love the fighting sequences with temple guards - much improved from the 1989 ones. Only thing that was frustrating was laggy jump sometimes, but maybe it depended on my version of the game.

Pretty poor graphics, but an excellent game! I can say this is just the best Prince Of Persia ever made. Great history, great characters, great maps. This game is one of the best EVER MADE, who didn't play this game, just does not know anything about games

I think that it is the best game & it is my favorite game. I like it.

It's so irritating game

How is this game so low on the list? It's clearly a masterpiece. It deserves at the very least to be in the top 5. Awesome graphics and animation for the time, simple but challenging gameplay, and a joy to play.

I think this PoP has what others lack. Specially the music and how neat and natural/real it is.

Innovation at its best

This the first game I ever played loved it when I was a kid, its truley the Hallmark of all the rest of the series.

I wish they release they same game with modern graphic with background load.

10 Prince of Persia: The Fallen King