This list represents how dark, bleak, depressing, and very twisted video games can be.
The Top Ten
1 Manhunt (2003)

Disturbing executions, dysfunctional characters and a violent atmosphere make this game. When a death row inmate named James Earl Cash is taken to Director Starkweather's films, he is forced to fight and kill to survive his twisted games. Here Cash is forced to fight increasingly dangerous and maniacal gangs. Cash's family is killed despite promises by Director Starkweather and Cash takes the path of vengeance to kill him.

The nihilistic story combined with its violent atmosphere creates a disturbing world where people kill for the sake of sadism.

Manhunt 2 is same as Manhunt 1; it is banned all over the world so no one can play It.

The rest of this list is nothing to this game.

A young man named James Sunderland receives a letter from deceased wife. He arrives to the titular town of Silent Hill to find his wife, joined by the woman named Maria. The story contains enemies based on the psyche of James Sunderland, weird and violent humans lurk the town, and psychological horror atmosphere looms over the story.
Finally in each ending of the story, it is revealed that James's wife, Mary was mercy killed by him 3 weeks ago not 3 years ago as James thinks. The unusually cerebral atmosphere combined with psychological horror creates a strange experience for those who play it.

A recon mission to the sandstorm-wrecked Dubai has gone wrong. At first it appears to be a generic military shooter story if darker than usual. Things take a dark turn when Captain Martin Walker makes it a opportunity to find Konrad and be a 'hero' causing the White Phosphorus Incident which marks the turn of events which descends Captain Walker into madness. The story increasingly becomes harsh, accusations and condemnations directed against Walker (and the Player) as the story progresses until the finale where Martin Walker and John Konrad are the same person.

The uncomforting, dark and grim atmosphere of the story makes perhaps the darkest video game ever written. Never a video game sent accusations against the player before this game was written.

This game is a deconstruction of the modern military shooter that works perfectly. From controls that feel more like a Resident Evil game than Battlefield, to forcing the player to face the consequences of their actions, Spec-Ops takes you into the darkest depths humanity has to offer, and answers the question, "Why do good people do bad things? "

4 The Legend of Zelda: Majora's Mask

This game has a super dark and haunting concept death and emptiness. You can understand that from the happy mask salesman's quote: "You've met a terrible fate haven't you?"

This game is probably the most darkest game in the series. It centers around themes of death and fear. You have only 3 days to save the town or else everybody will die. It's a serious dark turn for the franchise.

A city horrifically torn apart by greed and factionalism with elements of addiction and political theorist being listened to way too much, or what America is becoming.
A warning about the ills of selfish individualism and cultish collectivism (Bioshock 2)

Dark, Gothic narrative surrounds the protagonist you play, as you prey on helpless mortals.

7 The Binding of Issac

I'm currently playing wrath of the lamb, and boy, it's deppressing! It's sort of biblical, and has a lot to do with Christianity. Poor kid had a terrible life. Fun to play, though!

A father who wants his daughter back from the Shades in a dying world at all costs, Nier fights his way through the Shades and to the Shadowlord in order to get his daughter, Yonah back to him. And this is first playthrough.
Further playthroughs reveal about the Shades and the Humans.
Suddenly, the story becomes more depressing and melancholic. The Shades were originally the original humans, not the monstrosities that Nier and the Replicants hated. Nier had doomed humanity to extinction. Worser still, the Replicants were part of a plan to reunite the humans with their material bodies however went awry when they gained sentience and the Gestalts (The Shades) have gone insane.

Hopelessness and what really is a human body good for anyway?

The story takes place in a darker and twisted version of Greek Mythology. A Spartan named Kratos is tricked to killing his family by Ares. Which leads to a story of revenge against the Gods of Olympus which he wants them dead because everything in the story.

Kratos's increasing thirst for blood and vengeance has caused the doom to Ancient Greece in the best of interpretations or worse the world after he kills the Gods and unleashed Hope from Pandora's Box.

Rule of Rose takes you into a nightmarish world where children are cruel. A young girl named Jennifer who is led to an orphanage and is taken to a airship ruled by the Red Crayon Aristocrats. Jennifer is forced to serve them and give them a offering each month after she finds herself at the bottom of the hierarchy.

To explain the ending of the story would be really bleak. The entire game is about the cruelty done by children, the downright disturbing

Should be number one for sure, I mean just listen to its theme song

The game itself isn't that dark, it's the storyline that makes it seem as if it is

A dark fantasy story where your heroes are a sociopathic prince who wants revenge, a pedophile maniac, a cannibalistic elf mother and a little boy who fight against a empire who is much eviler than them.

That's a kind of story from Taro Yoko.

All five endings are either twisted or depressing. Each ending makes stranger and more grotesque events which are like Evangelion, but more violent.

Fuminori Sakisaka was a young medical student until he suffers a traumatic crash that left him with a brain disorder. He sees everything in a way is hideous and grotesque. As he contemplates taking his life, he finds a young girl named Saya.

Unbeknownst to him, Saya is a alien creature who desires to spread her spores and drives people mad due to her appearence. The story goes into a Cosmic Horror Romance story where everyone dies or mutates at the end.

At first, when you play this game, the game plays out like a usual Pokemon game. Until where you reach Lusamine and the Aether Foundation. The game starts to shift its tone similar to Digimon Tamers and Pokemon Black and White.

The story deconstructs a lot of tropes associated with the Mons genre in a different way unlike Digimon Tamers and Pokemon BW.

This game have the final unlike digimon tamers, mario and luigi: partners in time and pokemon BW, yes, this is really the dark side of them...

Pokemon sun and moon is the darker version of digimon tamers, mario and luigi: partners in time and pokemon BW, the dark side, when you meeted lusamine and the aether foundation. 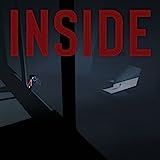 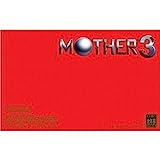 It's funny, weird, heartbreaking, and darker than any game I've played. Within the first Chapter, Lucas and Claus's mom, Hinawa, is impaled by a Mecha Drago, a chimera by the twisted Pigmask Army. Flint, the father of the kids and spouse of Hinawa has a mental breakdown and goes to Tazmily Prison. He is let out, while his son Claus is going to avenge his mom. Later in Chapter 3, Salsa, a monkey forced to work for the Pigmask Army to get his girlfriend back, is constantly shocked by his abusive "owner" Fassad. He even helps him and still gets electrocuted. Fassad makes people in town buy Happy Boxes and he zaps there home using Thunder Tower if they didn't. In Chapter 7, Lucas enters the Pigmask's Chimera Lab. Salsa and his girlfriend are loose and Lucas must save them before the Pigmask's do. After defeating an Almost-Mecha Lion, he finds out a creature called the Ultimate Chimera is loose and if he gets close HE IS KNOCKED OUT. In Tanetane Island, Lucas and company eat hallucinogenic ...more