"Against all the evils hell can conjure, all the wickedness mankind can produce, we will send unto them only you. Rip and tear, until it is done." I don't think there's anything more that needs to be said

Amazing game, way better than other games we've had so far this year.

This is easily gonna make my top 10 of the year list. While playing, I could definitely compare this to the likes of Red Dead Redemption and Assassin's Creed. You can tell this game is heavily inspired by those games, but it does more than enough for it to be distinguishable on its own. For one, I absolutely adore the visuals this game presents. The graphics you see in the E3 reveal, well then be pleased to know that those graphics are indeed present in the final product. I know that's kind of a sad thing to mention, but unfortunately, thanks to lazy companies, that's the point we've reached in this era of gaming. The environments in this game are full of life and you can see all of nature flow and move with the weather. The lighting is also excellent and presents added beauty within its environment. I also enjoy the combat in this game. It doesn't try to be too easy like AC yet not too difficult like Sekiro. It finds that perfect balance in between and manages to make fights look ...more

I love this game! The visuals are incredible, the story is good and it's very fun to play. Many people have been comparing it to Assassin's Creed and I feel like it doesn't do this game justice, it is more than that.

Ghost of Tsushima is a masterpiece. I definitely recommend it.

Simply put, if you're a fan of Final Fantasy like me, or if you simply enjoy JRPGs with a multi-genre combat system, this is a great pickup. One thing I want to stress though is that some plot points may not make much sense to those who haven't played the OG. For example, one of the characters is introduced in the game without context, and if you haven't known who he was before, you would never know how important the guy is until you play the original or read up on him. Don't think of this game as NieR:Automata or KH3 though, where you have to read up on what happened in the series beforehand to truly understand what's going on. The plot for FFVII Remake as a whole is conceivable enough for newcomers on its own, and I honestly do like how the story progresses. It's definitely miles ahead of what FFXV provided in terms of storytelling, and the solid characterization is still present. Really, all you need to know is that I believe that this game was worth the wait. I enjoyed the combat, ...more

This game got robbed of Game Of The Year. ACNH kept so many people entertained during the pandemic, and if it never came out, they wouldn't have known what to do with themselves. Yet Last Of Us II wins despite its' mixed reception? That's not rigged at all!

The relaxing and slow paced gameplay makes it fun for all ages, and the villagers add another layer of depth to the game. ACNH really innovated upon the Animal Crossing gameplay formula by adding Terraforming, which allows you to get all the more creative with your designs, and opens up endless possibilities for your island paradise.

Animal Crossing is basically like a chore simulator, except unlike Shenmue III, this game is not frustrating and tedious to play. It's actually very peaceful and therapeutic, and that's pretty much the gist of it. If you want a game to kill time, but in a more addicting manner, this is a great pickup. Definitely going in my top 10 of the year list.

I'll be honest, Nintendo becomes a bad company since 2019. Therefore, Animal Crossing is the only real good game they made since. More complet and solid in content.

5 Ori and the Will of the Wisps 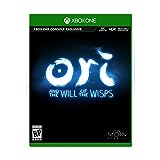 For those who know my video game preferences, they would know that Ori and the Blind Forest is one of the my top most favorite games of all time. The first time I played that game, it was one of those rare moments where I could honestly say that there was nothing I disliked about the game. It was legitimately the perfect game that did everything it wanted correctly, so with the release of the sequel available on the Xbox Game Pass, you could imagine my sheer excitement to dive into this game, and fortunately, I can say that Ori and the Will of the Wisps brought exactly what I wanted out of it. A beautiful and heart-wrenching story, great visuals, clean side-scrolling platform mechanics, and a masterful soundtrack. The only bad things I can say about this game is that it would occasionally freeze for a few seconds and the first boss fight was a bit of a left-field difficulty spike, but other than that, this game is simply a gem. I'm honestly eager to see more from Moon Studios in the ...more

6 Crash Bandicoot 4: It's About Time

Just as the other Half Life games have revolutionized gaming in many ways and set the standard for the platform, now we have the latest Half Life game doing that for VR. Alyx serves as stepping stone for VR gaming, being the longest, most detailed, and most advanced VR game to date thanks to the new Source 2 engine. Now VR gaming can achieve new heights, all thanks to this new innovation!

I mean it's Half Life

A lot of fun to play.

This is probably the best mobile game I ever played. It's basically Honkai Impact 3rd 2.0. It's a shame it takes up so much space though.

My favorite game. Great graphics, terrific game play. Definitely should be in the top 10. If only it weren't so big though.

Spider Man Miles Morales is amazing. It manages to capture the perfect feeling of the first Spiderman video game and add some Morales flair to it. It takes lots of risks, and gets it bang on right. Can't believe it isn't higher on the freaking list dude. Way better graphics, design, open world and overall story than other higher entries. This deserves the clout it needs

It's a fantastic story with excellent graphics and gameplay. The voice acting is also incredible. The game is a little light on additional single player content unfortunately, but if you enjoy the online multiplayer content of Resident Evil Resistance (included) then there's a lot of content here for you.

Best game to come out this year so far. Lots of people thought it was too short, and I'm way they are right. But there's a ton of replay value and overall it's just a really solid game.

The rest will be forgotten but making resident evil 3 moddable made it a endless game where you can live our your resi dreams.

17 Shantae and the Seven Sirens

This might end up being the only game of 2020 I bought, aside from rereleases like Mario 3d All Stars, and maybe Pikmin 3 Deluxe because none of the games that come out this year interest me that much. That being said, Paper Mario the Origami King is a very good game, and while not a return to form for Paper Mario, it at least is god for its own reasons.

Fantastic expansion of an already great game, with a massive improvement for the true final arc of the game. Worth every penny. 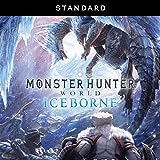 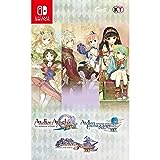