Top 10 Video Games that are the Biggest Cash Grabs

The good, the bad and the cash grabs... Here are games that ask for your money
The Top Ten
1 Call of Duty: Black Ops 4

Yes most definitely, I mean your releasing a game with no story, and adding in a popular feature from another popular game that just shows we (as in Activision) want money nothing more, nothing less.

I'm hoping they tie up the series' loose ends and go out with a bang with this next installment, be it MW4 or Ghosts 2. I'm no Call of Duty hater, but dangit if Activision doesn't need to just move on, work on other things, and set an end to their series.

You could pretty much put the entire franchise on this list, since there isn't much of a difference between the older entries and the newer ones. 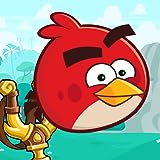 Crush the Castle rip off. You could definitely tell they were desperate when they made that movie, during a time when nobody played Angry Birds anymore.

Man Skylanders was awesome 7 years ago. It was actually fun until they made the 3rd and fourth one, at which they had run out of ideas for new characters.

Why are you surprised? It was planned to be a century long game, the only way I see it slowing down is if Hytale completely overshadows it.

Why do you need a membership for this game?! It was single player damnit!

This game went into a downward spiral after season 4. This game is just a cash grab now. So many issues with the game yet they continue to ignore them and pump out useless content.

This is so much of a cash grab it went in many of the newly released popular ads, movies and shows in 2018 and 2019 with examples being their floss dance, gameplay footage, cameos, artwork, the word Fortnite and more.

You have to pay just to change the way your character looks.

I hate roblox. I absolutely hate it.

I love roblox, but it feels like a cash grab and I think the administration is just bad

This Mario Party rip off only exists so that people will buy Amiibos.

Webkinz used to be amazing! Don't get me wrong, it still is. However, now you have to pay for EVERYTHING, it feels like Webkinz World is desperate to make money. Still a good game though with a great community.

You have to buy either a stuffed animal or a Deluxe Membership to do almost anything.

Made for the Switch. This is already on Wii U, and if this is a remake, at least not 60 Bucks! 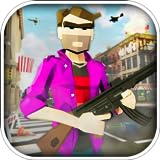