Video Games that Need to be Revived

There are a few great games that are now forgotten. Vote for the one you think should be revived. Revived is used to imply that a video game needs more attention, should be remastered, or should be remade or ported.
The Top Ten
1 Half-Life 2

Considered overrated by many gamers, but not really overrated. I found out about the game the first time I came on this site, and immediately saw a walkthrough, and to be honest, this game is epic. A sequel to the first Half-Life, 2 revolutionized shooting games, along with TF2. Performances were good and the portrayal of female characters is one of the best. Physics were great for its time. Nowadays, newer gamers are more attracted to modern games (obviously). This game needs to be revived and needs a larger community.

Really any Valve series is worthy of this list.

Valve's revolutionary cartoonish shooter is something we all have a soft spot for. This was the first Fortnite. This is not battle royale, but the art style matches Fortnite. It is a strong contender for the best shooting games of all time. It was a sequel to the amazing mod for Quake, Team Fortress and its remake Team Fortress Classic. It is critically acclaimed and ranked high on best games of all time by various organisations. It released in 2007 with the Orange Box bundle, along with Half-Life 2 and Portal. Later, it was sold individually. It was then made free-to-play, which spiked up the revenues by 12 times. But as time passed, players switched to shooters like Call of Duty, Halo, Battlefield etc. The community started decreasing, but Valve's determination made the game popular again. But still, there were less players playing it. This is a masterpiece that needs to be revived.

Amazing game. A very underrated shooter. Makes newer games look bad. The humour is epic, and the cartoonish vibe works well. The time-travel story makes it really different from other shooters. A Doom like revival would bring back the franchise and it will hit the industry with the force of a bomb.

Knights of the Old Republic is a really great Star Wars RPG. And bringing back the game, which was one of the Platinum Hits on the Xbox, would be satisfying. Bioware has made Anthem recently, which was disappointing. And if Bioware cares about this game, they should probably remaster it. Please no loot boxes.

Sony brought back Ratchet and Clank, so why not Sly Cooper? Sly Cooper is a stealthy platformer, where a raccoon named Sly leads a band of animals who are thieves. But Sucker Punch was busy on the inFamous games and now are creating the samurai epic, Ghost of Tsushima, which is releasing this year, but can we get to play as Sly after the development of Ghost of Tsushima? If it will be remade, this will be a dream come true.

Sure, Metroid Prime 4 is arriving, but what about Super Metroid? This one is the best in the franchise, and a remaster would certainly bring back memories.

Should be revived well and not like the crappy newer Lego games. 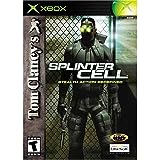 Sam Fisher can be called the icon of stealth. Splinter Cell offered easily the best stealth in video games, and the freedom to take it your way was great. With Tom Clancy still being iconic in the industry, Splinter Cell's revival can give other games a run for their money.

I seriously want a new Splinter Cell game. Since the legacy of Tom Clancy still lives on, especially with the last excellent Rainbow Six game, I believe that Splinter Cell will return in a huge fashion someday.

You loved Mega Man X, admit it. The recent hit was Mega Man 11, and now is the time to take advantage of the situation and remake a fan favorite game.

Recently, we got a remake for Resident Evil 2. Hopefully, Capcom's finally bringing back the franchise, and now is the time to revive RE3: Nemesis. Sure, there were many mixed reactions for this game, but it still maintained the same tense survival-horror of other games. Capcom should know that everyone has an appetite for more Resident Evils.

The crazy carefree platformer sure needs to be revived. 2006's Nuts and Bolts was an atrocity, and now is the time to revive the beloved franchise. Super Mario is still going strong, Crash Bandicoot is revived, Ratchet and Clank is revived, so what happened to Banjo-Kazooie? Bringing back the franchise would certainly be a good decision. 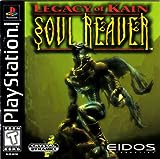 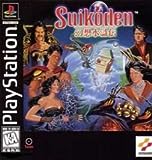 19 No One Lives Forever

Why only the 3rd game Nintendo switch they should have put the entire trilogy on here. And where is Pikmin 4