Sometimes a spin-off game for a good character or franchise doesn't pull off at all. Here's a look at some of the biggest gaming spin-off failures to date.
The Top Ten
1 Mario is Missing! - Super Mario Bros.

The first game where you play as Luigi. Unfortunately... it's a mundane educational game that lacks any fun or interesting value. It's mundane, tedious, and downright unnecessary. When you're playing a Mario game... education isn't something you'd expect nor want in it. Which takes away the fun aspects of the series for a game that isn't even worth a dollar.

Once again... this game sounds good but doesn't feel good. One of the most annoying, repetitive, dull, and boring Mortal Kombat games to date. It doesn't have a lot of soul or effort put into it. Jax also sounds pretty terrible, I'm convinced that the voice actor for Jax just didn't give a damn about trying. Which honestly doesn't surprise me at all.

A spin-off game dedicated to one of the most popular characters in Mortal Kombat. What could possibly go wrong? Well, for starters the controls are asinine and feel dysfunctional. That, and the terrible fighting mechanics, thrown in with narrow platforms that require utter precision to land, and bad looking cutscenes make for an insufferable game. It's a shame cause Sub Zero is a good character but this game... just doesn't deliver at all.

Want an extra save slot? Give us your money please!

It has a good concept, but again it butchers the concept very easily. It feels too generic and mundane for a Resident Evil game. It lacks what made the series good, to begin with. Often coming off as forgettable and tedious to sit through. Definitely a game worth skipping if you ask me.

One of the most annoying games in existence. A game that involves a microphone that allows you to talk to Pikachu. It was something different... but nothing anything I'd call good or decent. Half of the time Pikachu ignores you making the mic seem pointless to use. On top of that it just bland and undercooked. As a game... it's really not enjoyable half the time.

A spin-off centering on Shadow sounds good in paper. But the execution was pulled off poorly. The game feels sluggish, almost nonresponsive at times. To top that off the levels also feel very poorly made. The soundtrack is decent enough but the actual gameplay is beyond average. The different routes you can take seem promising but are more complicated than necessary. It doesn't help that the controls feel delayed and clunky. It was an experiment that didn't quite succeed in the slightest.

A boring TV simulator game. You'd have more fun watching actual TV than playing this. Not the worst spin-off on this list but one worth noting. Also Hey You Pikachu... is arguably so much worse. Still not a good game though...

Who thought this was a good idea? Mario and educational games don't mix together well. I get that it's supposed to teach kids typing but as a whole, it just feels mediocre. Not the worst one on the list so far but definitely not a good one either. 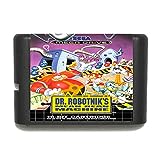 For a game dedicated to Robotnik/Eggman, you think you would be building robots, or making traps for Sonic, something along those lines. But instead... we have a Dr. Mario clone that feels pretty heinous. It looks bad... and in general, isn't very worthwhile. It's so average... that it just plain hurts.

Not as bad as the other spin-offs on this list but it is pretty lazy. Just a re-colored version of Super Mario Bros U except with Luigi on the cover. It was made for the "year of Luigi" which arguably didn't make him come off as memorable. The Luigi Mansion games' are a lot more memorable and better than this half-assed re-skin of a game.

I just KNEW someone would submit this game to the list. Honestly gotta say I'm not disappointed. One of the worst games from the Kinect era, and the Xbox era as a whole. It deserves every bit of negative press it got and more.

To be fair, the concept of this game is not a bad idea. Vincent had little screen time in the original game compared to the rest of the crew, and playing as him sounds fun. RIGHT? Well, no. The gunplay is pretty annoying, and melee attacks? Get used to hearing annoying grunts for about 10 hours. In addition, the game's story is so confusing (not that Final Fantasy games haven't been for the past few years), many of the characters are bland (looking at you Weiss), and the gameplay is horrendous. The only saving grace is probably the cutscenes, and even those aren't that good.

Horrendous controls, an extremely confusing story, and a lot of annoying characters. Playing as Vincent, one of the coolest characters from Final Fantasy VII, should be fun right? Well, get used to the monotonous gameplay.

Mario Kart on mobile sounds like a cool idea. Until you actually play the game that is. You have to shell out money to get characters, and if you don't, you have to play an annoying gacha game. It's sad that this is how the brought Diddy Kong back to the Mario Kart franchise.