Just because a movie is bad, it doesn't mean it can't look pretty. This list compiles the best examples of bad movies with excellent special effects (I know it's all subjective - just using examples commonly considered to be bad).
The Top Ten
1 Transformers: Age of Extinction

Apparently this would've been good if all there was to see wasn't 27 hours of seeing robots slamming each other.

I honestly liked this one quite a bit, and one aspect that really worked were the special effects.

I had to vote for this one, it's the best looking spiderman move... but also the worst overall spiderman movie 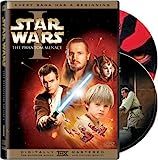 One thing that gave critics reason to attack the prequel trilogy was actually how much effort was taken from the scripts and into the choreography.

I still like this movie more than Episodes II and III. I can't stand Hayden Christensen.

5 Wrath of the Titans

7 Transformers: Revenge of the Fallen

Oh, yes indeed. I saw this one in theatres because I was bored. Let's just say the visuals were the only thing that kept me from being MORE bored during the movie.

I was really only there for those incredible special effects. But the plot for this was an enormous let-down.

The Contenders
11 The Golden Compass

This truly is dreadful. You can tell all the cash was spent on CGI. I was hoping to see Rihanna get blown up, though.

Not bad movie and homecoming will not be bad.

Anyone who hates this movie is a jackass!

Most of the MCU movies are mediocre and repetitive and yet majority of these film have a 90%+ rating. So are you critics saying that these stupid superhero fantasies with zero plot, cheesy acting and awful comedies are on par with the best movies of all time? Critics have lost their credibility with ratings. They rate nonsensical high budget CGI cash grab movies with higher ratings than real art movies. What has happened to this generation. All they care to watch and know are about these dumbass fantasy movies. In every list these dumb superhero movies are voted in the top. I miss the good old days where film-making was an actual art. Nowadays people only care to produce stupid action cgi fantasies because of how much it is profitable for them and no matter how bad they are they will be still adored by the critics and audience. All now people care about is action and Effects and not story. Good movies are now almost gone.

I thought this movie was meh.. And if it was me I wouldn't judge a film on the basis of critic ratings. I don't trust Rotten Tomatoes because that was the site that gave Ghosbusters and Sharknado a 73% and 82% rating while they gave Forrest Gump a 70% rating. Judge the movie by yourself.

This movie is gonna suck. Seriously, Tom looks like a 10 year old kid in a cheap and lame suit. He lacks charisma unlike Toby and Andrew. This film become the most hated movie eclipsing Spiderman 3 and TASM 2.

Delete this off the list because the film has a 93% on rotten tomatoes.

There is nothing bad about spiderman 3. It has a meaning to it, unlike Andrew Garfield's terrible spiderman movies

This movie is good. The haters can suck it.

21 Charlie and the Chocolate Factory

Visually appealing, yet so tedious.

I wouldn't exactly call this movie "bad" but it's definitely not good either. Cheesy acting, horrible dialogue and extremely over-the-top, but the special effects are some of the best I've seen in any disaster film.

Oh no! What about the chimps?