Best "So Bad It's Good" Movies

There are good movies, there are bad movies, and there are movies which are so bad they are actually entertaining to watch.
The Top Ten
1 The Room

Because of how bad it was, it actually became my favorite movie. No joke. I seriously think it's the best comedy ever.

Don't get me wrong. This is a TERRIBLE movie! But it is surprisingly so bad it's good.

So inconceivably bad that it's actually hilarious.

This movie is so terrible, you can't watch it and just laugh for god-knows how long.

In what universe the effects of the birds are "good"?

This is the Tiger Woods, the Wayne Gretzky, the Michael Jordan, and the Babe Ruth of bad movies. This needs to be in the top ten and really should be #1. When a movie has a documentary about it named "Best Worst Movie" you know how good it is.

They're eating her and then they're going to eat me OH MY GOD!

I've seen this movie twice. Horrible and by the worst director ever: Ed Wood Jr. (even though in Tim Burton's movie, it's just Ed Wood for some reason).

I'm actually unable to see the strings holding the saucers up, but I can tell they're hung up by strings.

Y'know the move where you could clearly see the strings the UFO'S were hanging on?
The horrible acting and dialogue?
It was worth sitting and watching it and laughting at how terrible it was.

This is the perfect example of how not to make a movie.

Agreed. Thoroughly enjoyed it when I was 12, and now do so because of it's ridiculousness. Definitely absurd to call it one of the worst movies ever made though.

You see, there are some movies that are so bad they're are good, then there are movies like this one. It's so bad, that it's just plain bad.

I just laughed so hard at the scene where Cool Cat overreacts about getting bullied online then shakes weirdly in his bed! That voice is hilarious! I know these type of situations aren't funny, but this scene was so poorly done it was hilarious.

It's probably the FUNNEST film to just review and point out everything wrong with it. Funner than any other film, because the things wrong are hilariously bad, and there are so many of them.

There is no point denying this film is terrible. It is becuase of this, I enjoyed it so much and laughed harder than I ever have at any comedy.

This movie is terrible. No doubt about that. But it is absolutely hilarious as well due to its rubbish mess.

9 Manos: The Hands of Fate

The name is dumb

10 Snakes on a Plane

Stupid name but fun to watch.

I've actually seen this. It was so amazingly bad that it was great.

This was hilarious, for all the wrong reasons.

Easily the second worst movie ever (behind manos hands of fate. that was crap)

Worst stars wars movie ever, it almost ruined the franchise and thank god its underrated and yeah all I can say is this its worse than attack of the clone wars worse than phathom mence worse than spaceballs even through I think that's also so bad its good but still stupid I mean it trys to parody star wars in such a...you know what guys its not as bad as this, this is just overall bad in the star wars franchise.

Picture this: A bunch of aliens talking in a tavern whilst getting drunk. Then times it until you get two hours. That's pretty much it.

So bad it's horrendous.

It's entertaining and gory, funny at moments. 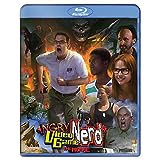 It had it's funny moments, but the plot itself was kinda dumb to be honest and to top it off you had to wait all the way to the credits for him to finally review E.T

Hey, am I the only one here who finds it funny that Nostalgia Critic reviewed this?

Who expected a movie about finding ET the video game to not be dumb?

I thought this was a joke this is actually a movie?

21 Superman IV: The Quest for Peace