Such an amazing film. One of the most thought-provoking films of all time. Excellent special effects, originality. Everything about it is perfect.

I loved the Arthur C. Clarke story. The Sentinel, his short version then the full-length novel released in the same year.

Great effects and score, I admire it for that but... He was on drugs when making this!

Quite possibly in the top five movies ever made.

Psychologically trippy, this divisive Kubrick yarn spins a nasty web of emotions that goes into the darkness and lets you try to find your own way out. Not for the mainstream, this thought provoking film goes deep. And, for that, we thank him.

This film is one of the strangest, yet beautiful films in cinema history. All the mentioning of sex, violence, and murder provide one of the most fascinating trips of all time, even when one is not on drugs.

It is awing that Stanley Kubrick (a man who never used drugs) could create such elaborate films such as A Clockwork Orange when you would think that these were inspired by psychadellic trips.

I really love how it uses nadsat, a fictional form of English register used by Alex in the book and movie. That'l teach people a little something about languages.

I loved this movie and the Stephen King book at the same time.

I gets more dramatic at first but when Danny talks to his finger Tony it gets more horrifying imagery.

Still, one of the best horror films you must watch or read.

Slow, vivid, grand, frightening, penetrating & disturbing in a deep, unexplainable way. Do not let this movie swallow you like it did to so many viewers. Regret I watched it.

My second favorite movie and my favorite horror movie! By far one of the best movies ever made!

This is one of the best anti-war movies I've ever watched, it's surely the first great movie made by Stanley Kubrick, and deserves to be in this top 10.

5 Dr. Strangelove or How I Learned to Stop Worrying and Love the Bomb

2001: A Space Odyssey is my favorite motion picture of all time, but this one should be higher!

Have you ever seen a commie with a glass of water?

You can't fight here! This is the war room!

This is so much better than 2001. Seriosuly this is the best movie ever

"This is my rifle, there are many like it but this one is mine. My rifle is my best friend. I must master it as I must master my life. Without me, my rifle is useless. Without my rifle I am useless. I must fire my rifle true. I must shoot straighter than my enemy, who is trying to kill me. I must shoot him before he shoots me. I will. Before God I swear this creed: my rifle and myself are defenders of my country, we are the masters of my enemy, we are the saviors of my life. So be it, until there is no enemy, but peace. Amen.

I wish they would re-release it again as a 30th Anniversary.

Screw A Clockwork Orange and don't get me wrong I like the shining, but this is my favorite Kubrick film.

I get goosebumps watching the second act, FMJ will always be in my top 3 greatest films of all time.

Give the second act another chance!

I do think that 2001: A Space Odyssey is the greatest picture of all time, but I also believe that Barry Lyndon is Stanley Kubrick's second best feature, and since 2001 is already number 1 on this list, why wouldn't I vote for this one to try and get it higher up!

Probably the most beautiful movie I have ever seen. Gives a true insight into the time period, absolutely unique from any other period piece about the eighteenth century.

This and 2001 are my favorites, but that's not a knock on the other movies, just praise for how great those two are. But between the two, I prefer Barry Lyndon by a little.

2001 is truly amazing, but Lyndon has more emotion and a better plot.

Mind blowing in its subtleties and its extremities, Kubrick invites us into a world he and very few others of the elite may have known about.

Spartacus would make a much better president than obama. 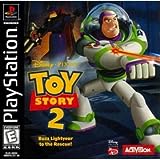 My homie kubrick not only makes great Movies but great video Games. This is a perfect example.

Ah yes, my favourite Kubrick masterpiece. Good to see him branching out into video games.

My man Stanley Kubrick,dropping masterpieces like usual. But this time, he created the ultimate masterpiece