Easily. If you are a true fand and said any other album is better, you were wrong.E. 1999 Eternal was easily their greatest album. It was an unbelievable push and return album from their debut EP "Creepin In Ah Come Up" which is also an extrordinary album, but slightly underrated. Every track in my opinion was a hit (Except for Mr. Ouija, but I understood their concept) from 1st of the Month to Shotz 2 the Double Glock. Hands down freatest album.

Just like the other comment here, the only thing that makes sense in this list is that east 1999 eternal in #1, how come s&l, thug world order, bone brothers (which shouldn't even be on the list) are ahead of art of war and btnhressurection (which is last! )

This is easily the greatest bone thugs n harmony album, not only that but the greatest album of all time is another way to put because I never heard an album that had 14 great tracks the only ones that weren't so good was die die and of Mr ouji2 but other than that Thisbe album isn't great and why ain't creepin on ah come up #2 what is this? That album was great 2 the only stupid thing is Mr ouji but thuggish ruggish bone, foe the love of money, creepin on ah come up, no surrender and down for my thang come on guys.

I find it very strange... for me after east 1999 eternal their best album is art of war and then btnh resurrection can't understand their places in this list... 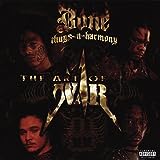 This is one of the most deadly albums of ALL time and I say this with ease. Many say Eternal is #1 which is true to a certain extent, but the AOW shows bone at their peak and just how deadly they can be during times of war. Eternal was more of "This is who we are" while AOW was like "bringing a knife to a nuclear war". Although the majority of their hits are on Eternal and creepin on ah come up, their greatest work is on the AOW.

3 Creepin' On Ah Come Up

Damn where's the love for this album? This was their rawest in my opinion 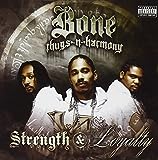 Sick flow, sick beats and dope lyrics, too bad bizzy ain't in it. The three of em killed every single song in the album. If you don't believe me listen to flow motion, wind blows and streets 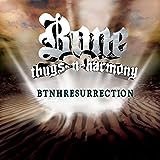 This should be the third best btnh album this was another masterpiece by them. Murder one and righteous ones were always my favorite and then that had the weed song, ecstasy and other stuff that were great also. Glad flesh was in a lot of them

Greatest Bone Thug album for sure the whole album is a story and similar song soundings this is the most put into and perfect album they ever done. 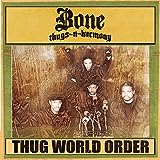 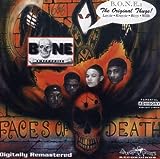 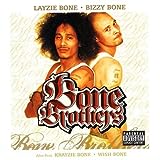 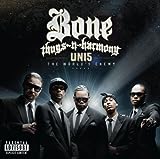 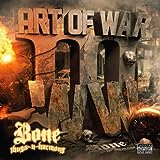 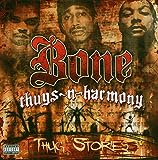 In my opinion, this album should be tied with Bone's #1 album...which ever that one is. This is a very special album. Every song on it is tight. There are so many different flows. If this album was re-released today, and all be fair in the music business, it would certainly be a number one hit album. It's hard for me to explain in the few minutes I'm typing now. You have to get it, and "listen" to it. Listen to the beat, the harmony, and more importantly...what they are saying. I still listen to this album today...2016...and I can hear something new that I haven't heard before. I love this album...even without Bizzy and Flesh. This is a classic, just like about 5 or 6 other albums Bone put out. And I'm an OG...57 years old, and one of Bone's biggest fans. Thanks for reading!