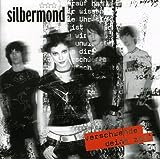 A magnificent debut album. There's so much energy and cheekiness, the music is catchy yet it sounds a bit trashy and direct. It sounds honest and fun, and what you hear is what the members of the band really felt like back then. The album is not as harmonic and polished as albums by Wir sind Helden and Juli, who were also female fronted German bands that got more praise, but that's exactly what makes this so much more awesome and memorable. It is an album that has personality. 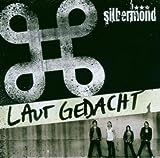 Their second album continues where "Verschwende deine Zeit" left off. Highly energetic, pure fun, and a certain subtle anti-mainstream stand - Silbermond are still a young and ambitious band who happened to have a surprise success with their debut album, and are now trying to deliver a worthy follow up with the same spirit. The lyrics were a bit more metaphoric and less direct than its predecessor, but it still has the same rough and fresh feel to it. 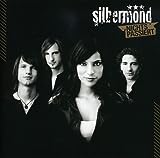 This is the point where old and new Silbermond merged. The rock-ish nature of the sound and the cheekiness of the lyrics remained, again having a cynical stand towards the mainstream, but also, they are slowly tip toeing towards indie pop territories. "Krieger des Lichts" and "Nicht mein Problem" are full-blown pop songs, the other songs have a slower tempo and are more melodic than on their predecessor albums, but still have some of the energy of the first two albums. "Keine Angst" and "Nichts mehr" are AMAZING rock compositions and rank among the band's best works. "Nichts mehr", while obviously being inspired by Nirvana musically, perfectly captures a former love that has turned into hate and has excellent songwriting. It is hard to rate this rate this album. Some of the songs are simply radio friendly and tame, but they also never rocked harder than on some songs of this album.

Slow, highly melodic and meditative indie pop with great lyrical content. There is nothing left of the rebelious, sassy alternative rock outfit. This is more calm and beautiful in tone, and meant to be enjoyed by a more mature and off-beat target group. Everything is more introverted. Some say they sold out, others say they became more mature. And while the production is perfect and the quality is high, I prefer the more energetic and spontanuous Silbermond.

Just the same as for "Himmel auf". This is soft and melodic indie music that will please an anti-mainstream audience as much as their older records, it's just a whole another anti-mainstream audience: "Verschwende deine Zeit" and "Laut gedacht" were loud, rock-ish and up-tempo, some of the lyrics were a tad bit cynical, "Himmel auf" and "Leichtes Gepäck" are perfect for hipsters - and that's not a negative thing. It's perfect for those who enjoy movies like "Into the Wild" or "Juno", and like to wear pastel color shirts and backpacks. Those who do not want to fit in what's popular now but not in a way that's over the top (not in a negative way) and rebelious like punk or emo, but rather calm and introverted. Just take a look at the cover artworks of the albums to see the evolution: "Verschwende deine Zeit" has a bunch of young rebels on them, "Leichtes Gepäck" three men and a woman. Whether they simply evolved or are selling out, "Leichtes Gepäck" works for what it is and what it ...more

Well, it's a collection 21 songs through the first ten years of their career (includes the albums "Verschwende deine Zeit", "Laut gedacht", "Nichts passiert" and "Himmel auf"), and I am one who doesn't buy best ofs, since I am a listener of full studio albums instead of only the songs that are popular. In my personal opinion the compilation doesn't do justice to Silbermond's work. It focuses too much on their slower music instead of their uptempo songs, and their first two albums were 70% energetic alternative rock - it's mostly the 30% that ultimately made it onto the album, despite it lacking essential singles such as "Mach's dir selbst".
On the plus side, this is the first time the song "Zeit für Optimisten" appeared on any of their albums. This single was released between "Verschwende deine Zeit" and "Laut gedacht" and musically fits both albums, but was never included on any edition of each.

No "official" star rating from me, due to the fact I don't know how to rate a ...more