Here are the most horrendous album releases in the year 2022.

NOTE: Do not add any releases that have not come out yet. Wait until the release date.
The Top Ten
1 Mamaru - RuPaul 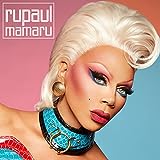 Another awful auto-tuned Southern rapper. How did this along with Encanto even beat Dawn FM by The Weeknd to peak at number 1 on the Billboard 200 in the first place.

Just some stupid redneck music about getting drunk.

Wow, how many rappers with the name "Baby" are there? Only heard of Lil Baby and DaBaby.

That album is definitely the strongest contender for worst album of the year so far. All of the songs are so annoying and clichéd they sound like parodies or some drunken boomer at a bar ranting about how the modern world, millennials or Covid-19 measures suck and how life was better before over a backing band playing covers of Bob Seger, Lynyrd Skynyrd, Aerosmith, Rod Stewart or Trace Adkins. In other words, that album is basically unlikable and will sure make Kid Rock go from icon to laughing stock. And besides, not only did it not get a critic score on Album of the Year , but it bombed extremely hard on the Billboard 200 (#128). Considering his previous albums have all charted within the top 10 (since 1998's Devil Without a Cause), it's a gigantic disappointment and shows how Kid Rock ridiculed himself by declaring himself "uncancelable". Karma definitely hit Kid Rock... very hard!

Tickets to My Downfall was pretty fresh-sounding, but this new album by MGK is very tame in comparison and relies on every pop-punk cliché in the book. This pop-punk revival fad could die out as fast as it came.

9 On to Better Things - Iann Dior

Oliver Tree's first album was good, but this new album is really disappointing. The production borrows too much on 90s nostalgia, which makes most songs sound outdated, and Oliver Tree's vocals are too one-dimensional and try too hard to sound quirky.

The Contenders
11 Ethereal - $not

Another bland and unfocused album by a rapper who blatantly lacks personality.

That album is such a waste of talent. Not only is it unfocused and impersonal, but it's also overshadowed by the many guests in it.