I've never seen anything more mind-blowing in a T.V. show. No other show will ever top this finale. The animation and effects were insanely good, and at times terrifying. It really brought everything together, and stayed very true to the story and characters which we had seen develop over the previous episodes. It was precise— everything that happened in it had a reason to be there. The first time I watched it, I was sitting in front of the T.V. with my eyes and mouth wide open, absolutely in awe and inspired to a point that I can't express in words. And after multiple viewings since, it continues to have this effect on me. It's outstanding.

Yea this was an incredible way to end a series. It's one of the most dramatic, action packed, most visually inspired episodes of the series. It was such a journey both figuratively and literately. And within 3 years it helped establish Avatar: The Last Airbender as one of the best shows Nickelodeon has ever done.

Best series finale to come to mankind. The best finale on the best show. (In my opinion) Bill Cipher has taken over Gravity Falls and started an apocalypse of weirdness called: Weirdmageddon. It is very funny and very action packed and every character in the show returns for a good line or two. Just a masterpiece.

This was originally tied with ATLA, but then I came to realize what a masterpiece Gravity Falls' ending is. Avatar's ending is truly amazing, but in my opinion, Weirdmageddon tops ATLA with its story writing, animation, and humour.

Thousands cried when it was done. Good action packed, great revolution to deal with, and the best plot and plans. Who would say no to this?

I know someone will

A very epic and yet bitter sweet with the epic battle to save Gravity Falls and the emotional goodbye scene.

5 Come Along With Me - Adventure Time

An amazing ending to an amazing series, what more to ask for?

Easily one of the most moving pieces of animation from 2018.

I never knew this finale existed until I was like sixteen or seventeen, and I regret not watching it when it first came out. Thanks, Ed Edd n Eddy. For everything.

Watched this for the first time at the age of 23, not realising that the show had one last chapter in the book. A beautiful send-off with a significant resolution, while retaining all of the original cast, animation, jokes, and charm that kept my cartoon-viewing childhood warm.

For a show so centered on Failure is the Only Option, the Big Picture Show truly wrapped things up for one of my favorite cartoons ever. Earn Your Happy Ending, indeed. They're finally in, baby.

Fitting to see two of Cartoon Network's best modern shows going out with a big bang as the 2010's come to an end. Regular Show's regular series finale was anything but in the greatest way possible, and I can't wait to see how things will turn out with Adventure Time's series finale 3 months from now as of this comment.

Dislike this show all you want (I like it) but this episode was a masterpiece, end of story.

Great finale. One of the best I ever saw. Pops' death was definitely tear jerking!

What do you get when you mix time travel and the void with the last day of summer? You get this masterpiece! When Candace and Doofenshmirt activate a Do-Overinator, it creates a time rift that causes the days to get shorter and almost cause the end of time. Only Candace can stop it with the help of Baljeet, Isabella and Buford. They win and time is restored. The opening theme and closing themes are also masterpieces to listen to. It was overall a great way to end off Phineas and Ferb and I enjoyed it! I heavily recommend it!

10 The Last Stand - The Legend of Korra

The start of one of cartoon's first LBGTQ+ couple. Also, development and animation are stunning.

The Contenders
11 The Clone Wars - Victory and Death 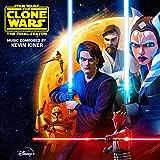 The 12-year Clone Wars has now come to an end. We finally have a perfect ending ever for this legendary show, though it's a tragedy. For us, Star Wars fans, this is easily the biggest series finale in TV history.

Not a cartoon but truly emotionally fulfilling. The last few episodes really encompass so many interesting themes and you really do feel the stakes are high. As well as high stakes, it ties back into the feeling of family and caring about each other enough to sacrifice, and the idea of giving more to the world and in turn more will come back to you. That works really well with "equivalent exchange," and I love the moment when winry jumps on them with a hug.

[Spoiler Alert for Season 5] The ending of this show was tragic yet hopeful and T.V. shows for both old and young need to take this kind of beautifully crafted story and give it some due credit. Ashi's death in the series finale shows not all endings for our heroes are perfect but they will find a way to make peace with themselves for all the loss that they went through. In my personal opinion this is probably the best ending to a show I could ever have asked for.

20 The Unknown - Over the Garden Wall

22 The Last Problem - My Little Pony: Friendship is Magic

The 20 year time jump was so cool, it was so awesome to see the cast all grown up. I did my best not to cry during "The Magic of Friendship grows, but it was too tear-jerking. Yes, G5 may have it's moments but I grew up with 'Friendship is Magic', that show was my childhood and I'll always keep it in my heart.

This 3 part finale is epic in every way MLP should be. It features some of the best battles (namely Starlight vs. Chrysalis), one of THE best plot twists in the entire series, and the epilogue is so touching with contintinuity to the boot. There are even familiar beats to the plot of Avengers Infinity War and Endgame. It did play it safe in some aspects (the lesson), but at the end of the day the finale stayed true to the heart of the show, and with all the terrible franchise conclusions nowadays, I'm glad that the conclusion to MLP wasn't one of them.

this is literally the most heartwarming thing I've ever seen. I've only had MLP in my life for 6 months, but the amount that I feel so connected to it is just amazing. my new friends told me that the ending was really sad, so I finally watched it and I cried so much. It deserves a higher spot on this list because the ending just fits so well. And The Magic of Friendship Grows just hits the spot and it's literally impossible not to cry

This is what a finale should look like the future of the main character how the got the good life they long deserve.

23 The Inquisition - The Amazing World of Gumball

24 Heart - She-Ra and the Princesses of Power 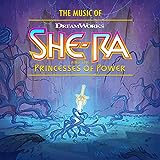 SPOP's finale is the perfect culmination of everything that the show ever fought for.

25 Cleaved - Star vs. the Forces of Evil

Eh, could be better