My take on the best albums by teen-pop star Britney Spears. 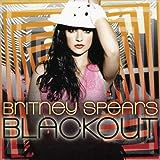 This is my favorite album. She came back from all the insanity and B.S. in her life and put all her energy into this album. I would have to say my favorites are "Gimme More" "Piece of Me" "I Got a Plan" and "Get Back" (off the Japanese edition). This album is so underestimated but this is an amazing album. I never get tired of listening to it. Britney forever

I have never been disappointed with a Britney album, but this one definitely was underrated and overshadowed by her personal life at the time. She executive produced this album and it showed immense growth into a completely new and exciting sound. She started a new trend with this one, following in Madonna's footsteps.

People think that Lady Gaga invented electro pop and dubstep, but it was really this album of Britney's which influences Gaga. It's unfortunate that this album was released at a bad time, because if she had promoted it more it could've been a much bigger success and have kept her record of #1s on the charts.

Easily her most overrated album. It has some good songs, but it is in that awkward stage when she lost some of her voice to smoking and began autotuning but before she realized what songs made autotune work. Even Britney herself said that there was too much sex on this album! However, it's still got some good songs, like Toxic, Shadow, The Hook Up, and of course every time.

Her best album. I like the way they composed the sound of middle east with urban style with a touch of hip hop. And don't forget, her sexy whispers. This album is all about her being real..like u won't hear something like baby one more time or oops I did it again. She is all bout music, dancing, hookup, girls night out, sex fantasy, and even heartbreak in this album.

This will always be her best album. I love Blackout too but In The Zone had me shook to the core when I first listened to it. "Britney" was her transitional album from teen pop princess to being an adult artist, and In The Zone perfectly captures that Ms. Spears is now all grown up.

A sexy, sultry album filled with sensual tracks. Britney really does shine on In The Zone, especially on the tracks "Touch of My Hand," "Breathe On Me," "Early Morning," "Shadow," "every time," and "Brave New Girl," as well as the bonus tracks "The Answer" and "Don't Hang Up."

The album that embodies her career: it's fun, it's freaky, it's bright, and it's creepy. Filled with double entendres and hidden innuendos, this album is worth a second listen. You might think it's all fun and games but the second you turn around, you'll be hearing the dark side of the Circus. Is she truly the ringleader or is she the tamed animal of the Circus? That's up to the listeners to decide.

Britney takes the center of the ring like no other star can: filled with fabulous dance tracks - like "Circus," "Womanizer," "Kill the Lights," and "Shattered Glass - and emotional ballads - "Unusual You" and "Out From Under" - as well as just as awesome bonus tracks - "Phonography," "Quicksand," and "Amnesia" - Circus has it all!

I love all Britney Spears albums. From baby one more time to glory. But I love most the last 4 albums of her from circus to glory. And I think from that circus era till now her personal life become normal until now. Love Britney forever!

This album doesn't have any songs like Hit Me Baby One More Time or Toxic, but it just has so many great songs. Not just singles. How is Femme Fatale so underrated?

Every song on Femme Fatale is charged with dance tracks that sparks anyone's body to move on the dancefloor!

There are SO MANY underrated masterpieces like "Seal It With a Kiss", "Trouble for Me", "Drop Dead Beautiful" which should've been singles. The singles are amazing as well!

Great vibe and concept, quality songs like Hold It Against Me, Inside Out, How I Roll, Scary, Trip to Your Heart. The very best of pop music

It's really relatable to where I am in my life right now. It's not her best album musically but the messages behind it are about growing up and being yourself, which I am feeling right now.

Loved that this album was going into a different direction than the Oops and Baby albums and she started to write some songs. The whole album is awesome, all the songs are so fun!

I can listen to this album the whole way through! I LOVE IT! My favorites are: "Anticipating"; "That's Where You Take Me"; "Overprotected"; and "Cinderella".

I love this album because stared to love britney it seen the album and I thought it looked beautiful. I love overprotced and for a third studio album I think it's FAB!

Opps I did it again does not have my favourite song or britney song on it. but it has my 3rd favourite song ever on it. I think stronger has a great beat and sound, What you see is what you get has a chatchy move to it, I can't get no satisfaction is a great copy of the original single by The Rolling Stones and Oops I did it again is a great lead single. I give britney 10 out of 10 on this album!

My favorite off this album is where are you now

I love Britney spears song oops I did it again who wouldn't? I think this album is one of the best, this is what made me become a fan!

Every single song is good, relatable, raw and close to Britney. Each song is AMAZING and totally natural. Lucky is my favorite song!

This was who very first album, and in my opinion, the best one. I haven't heard all of the songs yet, but what I've heard on this one compared to her other albums, I prefer this one. My top three favorite on this album are:

All these songs are so pure and innocent. They're very relatable to young girls experiencing crushes and first loves. Very meaningful. Songs like "...Baby One More Time" and "(You Drive Me) Crazy" are very upbeat and super fun to dance to. I personally think this album should be up higher than number 7. Let's get it to number 1 y'all!

This album boosted her to superstardom.

"This album is truly amazing, and it has it all, and launched her into her music career. It has the hit single "...Baby One More Time" which topped the charts for 2 weeks, which was the true savior of the album, and the best song of her career, and other singles like "Sometimes" which was #21, "(You Drive Me) Crazy" which was #10, "Born To Make You Happy" which topped the charts in the UK for a week, and "From The Bottom Of My Broken Heart" which was #14, that is truly amazing.

I admit I was skeptical going into this album. Her last album, Britney Jean, was a disaster, and some of her newer singles like Pretty Girls and even Make Me were making me doubt where this album could go. But this album was was better than I expected. Britney has more energy and presence in her songs than she has had since Blackout. The majority of these songs are smooth and sexy and don't feel forced like songs on previous albums. Some of my favourites are Man On The Moon, Invitation, Hard To Forget Ya, Change Your Mind and Slumber Party. I can only hope that this album is successful on the charts when it comes out and doesn't get ignored by the public like Britney Jean and Femme Fatale were.

Her latest and most underrated album but the best work she's ever done since In The Zone and Blackout. All the songs in the album are beautiful especially "Man on the Moon" *cough* needs to be a single *cough*. Britney shows her growth and that she's not done with making music, not just yet.

Her best album in nearly a decade. It took her a while to release something as good (or very close to) as Blackout but she got there in the end.

This album has some of Britney at her best, and some of her at worst. Perfume, Don't Cry, Till It's Gone and Passenger have some of her better vocals ever, and Work "Work", Body Ache, and Tik Tik Boom are great bangers and Alien is just a good song. However, It Should Be Easy has WAY too much autotune (even for Britney) and Chillin With You is a hot mess and they drag down the album, along with dated production from will.i.am.

BJ really had some potential. It only needs proper promotion. And proper singles.

Britney Jean has to be one of her best comebacks ever in my opinion. There are different varieties of music in ths album. That makes it amazing and I love britney!

She has got to be one of the most amazing artists with a good comeback album!

My favorite songs have to be Perfume or Passenger.

AMAZING! I don't understand exactly why YOU wouldn't think so too!

I don't see how in the world this isn't first. It has all her big hits... it's the best album.

I hardcore love this because of 3

Her hits are amazing

13 Oops! I Did It Again: The Best Of
14 The Essential Britney Spears

I really wonder why Jive Records didn't allowed this album to go out. judging from the leaked tracks, this album would've been Britney's ticket to win a Grammy or two, and be finally citically recognized by her critics

I wish this was releaed. Britney should offically release, and put a big middle finger up Jive's but.