egnomac An now its time to check out fighting games with the best roster of characters, games wither good or bad or somewhere in between that feature a wide variety of characters 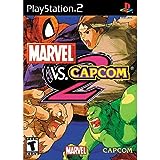 Jam packed with 56 characters from the Marvel and Capcom universe with characters everyone is familiar with and characters most have never even herd of and with the 3 vs 3 team format there were countless tag team combinations. - egnomac

Featuring all the characters from the previous Street fighter IV games with a few more included. - egnomac

Faeturing all the major Mortal Kombat Characters from the first 3 Mortal Kombat games as well a special guest appearances by A Nightmare on Elm Street's Freddy Krueger and PS3 exclusive God of War's Kratos. - egnomac

Yaas! I used to love Killer Instinct, awesome combos, awesome theme songs, cool characters.. What's not to love about Killer Instinct? It's underrated but really awesome! Basically, Guilty Gear's younger brother, LMAO! Nah, just kidding.. But still, awesome fighting game with awesome combos! You just have to learn how to play it.. Good thing we have Google to help with Combo Links and stuff, it's really awesome fighting game, especially if you know how to pull out a combo or two. UUULTTTRA COOOMMBBO!

11 The King of Fighters XIII

One of the first anime crossover fighting games featuring familiar characters like Goku, Vegeta, Naruto, Monkey D. Luffy and characters most probably never even herd of but that's okay hopefully if they decide to make another anime fighting crossover game that feature characters from more familiar series like FullMetal Alchemist, Sailor Moon, Cowboy Bebop among others. - egnomac

I mean Everyone that was playable before is playable along with newcomers fans have been asking for like Inkling, Ridley, King K. Rool and Banjo do I need to explain any further. - Tyoshi

Best WWE Wrestlers on the Raw Roster in 2017