Oh you think the anime is bad? Well...your kinda right. But the video game is even WORSE. If you wanna know about the game either look it up or message me. Anyway the bad endings are SCARY and just plain creepy. There are two if I'm correct. Wanna know about the endings? Well...let's just say one ending has someone's neck sliced and has the most scariest laugh yet. And another one got someone committing suicide head first. Yeah look it up on YouTube or something. See it for yourself.

2 The Amazing Spider-man vs. The Kingpin

Oh yes if you played the Sega CD version then you're in for a real treat. You see there are 3 endings depending on your fight in the last level. If you lose against Kingpin,Spiderman gets a acid swim...in other words he dies. The second ending is where you don't save Mary Jane in time and she dies. The third ending is all happy happy if you beat Kingpin and save Mary Jane in time.

What? A Sonic game having a scary ending? Get outta here! Okay while not as "scary", it is kinda creepy. In the bad ending if you don't collect all the chaos rings, then the whole town burns into flames. I'm not kidding, Knuckles dies, Sonic dies, everyone dies except for Metal Sonic. He just watch the whole place burn. Creepy.

While this game doesn't really have a bad ending, you can count the game over deaths right? You see if you die in certain ways on certain levels, then you will see Conker dying. Funny? Maybe. Creepy? Yeah kinda.

There are 3 game overs in the game one were it just shows have you seen this squirrel on a milk box (not creepy) another were you are a table stool (still alive) and were your body parts are in a bag (the only serious one). so there is only one that is kinda creepy.

Limbo is one of the creepiest video games ever. It just...looks creepy, people runs away or attack him or just plain dead. The boy doesn't have a name so I called him Charlie. Anyway the games ending just...ends. Nothing happens it just ended so weird like. It's not even funny... I didn't know what would happen next. Ugh...

It is so scary game!

If you don't rescue any of the Fuzzles or eggs... well... picture this: Your character claims that they have to get the eggs out of there only for a shaved, beaten up, nightmarish-looking Fuzzle to show up asking why you didn't save them. More show up looking worse and worse (One had a bunch of needles stuck into him) claiming the Vickers did really bad things and it shows. They set off the alarm as revenge and proceed to attack the two and for two of them to laugh disturbingly giving us a close up of their grievous injuries. You think that's bad now? After that, we see Abe's head mounted on a wall with a plaque that says Loser so clear even I can see it without my glasses! We see a machine measuring someone's breathing, heart, and brain activity in that order. A Vykker calls someone named "Lady Margret" and we see him holding a chart of how to... remove Gabbit lungs! He even claims that he's got her "brand new lungs sitting right here" and could begin the procedure as soon as she's ...more

The genocide ending will wake you up for 2 weeks...

"How Mega Man X5 have a scary ending? " Well...let's just say if you don't beat a few bosses in time, the humens become extinct and Zero will go mad with power. If That's not heart beating madness, then play Silent Hill.

SPOILERS: All 3 alternate endings are terrifying, (not to mention hard to get to) and I'm confused why it's not #1 on the list. :(

Jeez this game is just plain messed up. Okay if you haven't play this game, well imagine Alice in Wonderland except Alice is a crazy psycho and wonderful Wonderland is Wonderland with the W twitching in horror and pain. Oh and the ending is no exception.

12 I Have No Mouth, and I Must Scream

While it might not exactly be scary for some, I'm sure all can agree that the bad endings for I Have No Mouth and I Must Scream are downright disturbing. It is easily the most disturbing ending to a video game I have ever seen, and I refuse to spoil it for those of you who haven't played this game yet. All I will say is that you will never forget the final image given to you before the credits, and you also won't be able to think of the game's title the same way again. 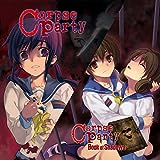 Don't know why this isn't higher, but yeah most of the bad endings either made my cry, wretch, or left in disbelief. That's one of the reasons why I love this game, because it doesn't pull any punches.

Does no one really acknowledge this? The bad endings are creepy man...
SPOILER:
For example Naomi being forced to kill herself, Yuka and her eye, and much much more. Damn... 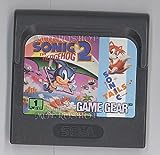 It start when eggman captures tails he bets you the chaos emeralds or tails dies well you have to find them but it is really hard if you have all it ends with you fighting eggman if you don't collect them it ends with you fighting silver sonic then the credits role. I'm like where's tails then at the end it shows tails face in the form of stars does that mean tails died? this made me sad why sega. wait a second sonic could've rescued tails at the beginning cutscene he was right by him!

Tails did not die. This is just a little lie some fans made up about the Game Gear/Master System version. Sonic saves him in the end, which is more likely to be the canon ending.

The Genesis equivalent is a great classic with a good ending no matter what. None of the endings in both games are scary, so why add Sonic the Hedgehog 2 on the list?

Die once and you're falling down into a pit of spikes... depressing 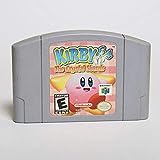 OK I'll admit it isn't that scary. But look at it! That Fairy Queen is just TERRIFYING!
Either she did something to the spaceship and Kirby and his friends are plummeting to their doom, or she finally got rid of them and now she's going to take over the universe. This ending gave me nightmares!

But why? It's just the ending glare, that's it.

Luigis mansion doesn't have a bad ending... But in the original beta version, you had to find mario in 24 hours if you fail, mario dies, yes mario dies, and then luigi looks depressed, in a creepy way, you'll have to look it up it is creepy.

Scariest and most sad endings I ever found in a game...