I'm surprised this actually exists. I hope I don't see kids playing with that.

Made for a joke? Because people make dolls based on everything nowadays.

Oh come on, who would sell a dictator doll to children?

Only Eric Cartman would play with something like this.

I would laugh if they made a pole dancer Barbie doll. Oh the toy gets enough controversy, saying it will make girls anorexic when they don't even take any notice of what shape the doll is they just play with it.

Pole dancing is inappropriate for children, and the doll is in a BIKINI. One time there was some lady in crazy clothing, and she was going to pole dance. So I left the living room.
TMI, okay?
Okay...

Is this gonna make your child a pervert or what? Not a good idea to introduce your child to sex.

Seriously. A stripper doll? I'm glad this is Number 1.

Oh boy! I can't wait to start my professional business with some early training!

Why? Why on earth do people make these toys?

Get em started while their young.

They actually sell these toys?

I absolutely hate Dora, but I don't get why this is on here. Probably because it looks like a girl in a... penis.

This toy has my least favorite T.V. character, and a horrible shape. It's a Dora in a Penis.

I like Dora but I don't think that D stands for Dora.

I think a mother invented this when she wanted that.

You just crossed the line, bro!

That just crossed the line!

, Batman's penis turned into a gun.

It must've been Joker's work.

9 You can shave the baby

This toy shouldn't be made for kids. Neither the others on this list. I bet these toys are for ages 15 and up.

I don't even know what to make of this anymore...

I hate this toy. You have to shave a baby!

That should be banned

It was 2001, 9/11 caused a major outbreak, two of the best Nintendo consoles were released and there were three new successful kids movie franchises - Shrek, Monsters Inc and Harry Potter, the latter existed for quite a while, but Pottermania grew with the movies, and Toys R Us decided to cash in... little did they know...

In Harry Potter and the Philosophers Stone book. Harry had heard Fred and George Weasley complain about the school brooms, saying that some of them started to vibrate if you flew too high, or always flew slightly to the left.

The creators of the broom were trying to make a realistic broom, but they did a big mistake when older fans purchased it because it vibrated. It was only around for the first film.

Nimbus 2000, it was extremely inappropriate in that it stimulated sexual pleasure by Vibrating. Good thing it got banned.

It's a baby with a willy. 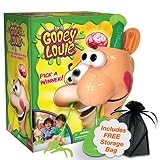 Pick the bogies out of his nose until his head automatically springs open and his brain zooms up. Only for toilet humour fans.

Whenever the adverts come on for this thing, I immediately lose my appetite.

Terrified me as a child.

You don't have to. People, if you want to know what this is, just look it up.

Do I have to explain?

I just looked it up, and the definition of an Oreo (not the cookies) is a stereotype about an African American that shares many traits in common with white people? Personally, I didn't know that each race was supposed to act in a specific way (and they AREN'T, unless you enjoy stereotyping people). So basically, this toy is the embodiement of racial stereotypes.

Just look up the real definition of Oreo, compare the definition to the Oreo cookies, and then look at the African American version of the doll. Then you'll understand why this toy is racist.

Thank god this stupid doll came out before Oreos existed in Britain. Found out Oreo Barbie came out in 1997. Why would you make a doll based on a chocolate biscuit?

This was so racist that it had sparked a significant amount of backlash and controversy.

Kid: Mommy, Elmo knows my name.
Mom: Oh really?
Kid: Yes! Here, *hands mom Elmo toy*
Elmo: Hi there Mrs. Johnson! Would you like to play with me?
Mom: OH GOSH NO! *throws Elmo out the window*
Kid: I told you so!

Moral of this story: Elmo is a stalker.

I have a girl in my school named tammy by the way my name is Lily and she have every toys in this list (except for barbie and bratz) my school allows to bring toys and she brought ecabbage pacth dolls once the dolls ate courtney's soccer ball and basket ball,teacher's pen ,everyone's lunch and more... sorry I accidently voted for elmo knows your name I was gonna vote for cabbage patch doll

Us congress banded it.

Ridiculous, all girls have played with them for decades, centuries. One of the oldest dolls.
Oh it's the boobs? How PC Correct. We have become.

When I was a kid I used to play with my Barbie dolls taking her clothes off nearly all the time. No one said anything and colour her hair with felt tip pens.

You want to know what's inappropriate? Sea Monkeys they are basically little nothings that don't do anything.

Barbie sucks super bad. But I don't find her inappropriate.

Bad for kids. I never liked them

The title itself sounds inappropriate.

She taught little kids to learn about teen pregnancy, which was just stupid. 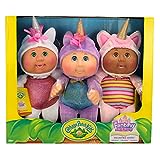 If you want to know the controversy. A line of Cabbage Patch Kids Dolls were you could feed the dolls plastic foods were removed from shelves because their were many complaints about human hairs getting stuck in the un-turnoffable gears in the mouth.