I'd play it only if I am paid. - TriggerTrashKid

I'd rather do chores - AnnaO

I played this game for like a minute and a half and just turned it off. Seriously, this game is just terrible and a huge waste of time. - Mcgillacuddy

It's a classic case of a game being so bad yet so addicting. 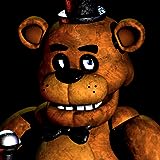 Haha! People think it's so scary but it's not. Maybe also because I don't even find the Walking Dead scary.

This game is actually innovative. If anything ruined it, it was the sequels and the fan base. - MKBeast

I remember seeing this game before...is this supposed to honestly be scary? - Garythesnail

I. LOATHE. THIS. GAME. Not only because it's nothing more than another "match 3 or more" game, but also because of the INSANE amount of clones it spawned. - GraphiteTail

Who would waste their time with this?

I highly doubt humans even played this. - MKBeast

I just don't like it. I've seen little kids play it and the game looks so boring. Probably because every SINGLE GAME IS ALMOST THE SAME THING WITH SOME MINOR TWEAKS! - ModernSpongeBobSucks

Call of Duty is overrun by people who think they're cool because they can shoot a video game gun. Little kids always talk about doing your mom.

Call of Duty is ok. To be honest, it gets too much hate nowadays. - Garythesnail

I will never play this game! Never! - ModernSpongeBobSucks

My Dad AND brother like this game. I distrust it for some reason.

This game is so gay - Jensen

This game was ok, it just wasn't as good as the original 3. - Garythesnail

Nathaniel Bandy-hating Pink Gold Peach fanbrat! Sure, Mario Kart 8 is far from an awful video game, but it's honestly getting way too much praise from people who'd put down Mario characters in favour of the weaker ones like Princess Peach (there are still much worse, though), like this game by having a fifth of the roster be filler versions of her. So stop booing people for liking other Nintendo franchises like The Legend of Zelda, F-Zero, Kirby of the Stars, Metroid and their crossover Super Smash Bros. or we will add Sonic Free Riders and LJN games to this list! By that, we mean this list wouldn't be complete if these films were not on lists like these. *👎 your comment*

Did anyone even play this?

I'm not a fan, but I think it's because of the crazy cancerous fandom.

I loved this game but I got town hall 11 and it got boring. I can't upgrade anything. - FerrariDude64

Pay to win game can't get much worse than that.

It's a really good game after the updates. - TriggerTrashKid

Well, technically they lied to everyone. - mattstat716

EA stands for Evilest Awfulness. They release unfinished games, (like this one) and then finish it with expensive DLC. If that isn't evil, I don't know what is. The game isn't to blame, EA is.

39 Zelda: The Wand of Gamelon

This is really good.

42 Alone in the Dark: Illumination
43 The Rats
44 Damn Daniel

Damn Daniel is a 2016 viral video. Daniel Lara and his friend, Joshua Holz, who are students at Riverside Polytechnic High School, reached their Internet fame after their video, an edited collection of Snapchat videos, went viral on social media platforms such as YouTube and facebook.

That's not a game that's a dead meme - Iamcool

What? This is one of the best games ever.

What this game was a good game - ikerevievs