Top 10 Most Disturbing Movies of All TIme

You have been abducted and taken to an inaccessible castle in quite literally the middle of nowhere. Nobody knows where you are nor what will happen to you. Four wealthy men who fancy themselves "lawless and without religion" specifically chose you and fifteen other children based on aesthetic beauty. Their pleasure is paramount, and for the next 120 days you will be obey their extreme laws; powerless and without hope.

The film is based on the novel "120 Days of Sodom" by Marquis de Sade. Think hedonism on steroids.

The film itself is sadism & hopelessness incarnate. It doesn't rely on violence and gore that much.

Overall, I'm quite sure such scenarios happened in history/are happening right now. And despite the context, I must admit it's beautifully shot.

Way worse than 'A Serbian Film' in terms of disturbing content; A Serbian Film feels like just that: a film, while Salo is not only a political and historical study, but feels eerily real throughout. Watching this movie was perhaps the most unpleasant two hours of my life, but those were two hours that I feel were well spent.

Anyone that has actually seen this would understand. Based on the book by Marquis De Sade. Just a disturbing film about old men living out their disgusting sexual fantasies.

It's not even close, really. Salo is long and boring. A Serbian Film is never that - you're given a front row seat to witness the hell the lead character falls deeper in, and you feel like you're in there with him. Reader, believe me... I dread the day a film can top this. If you haven't seen it, concider this comment as a stern warning NOT to watch (unless your soul is damned to hell already)..

A fun and uplifting story about a poor family in Serbia that gets the opportunity of a lifetime. I don't want to spoil any thing but this is a real great film and you should watch it.

Just by reading the plot and everything that happens in the film, you'll see why this deserves the number 1 spot. Most f'd up movie ever made. It makes Salo look like a kid's film.

This. This deserves the number one spot. I have never seen this and I never want to.

I've never seen it and I know I never will even if I could. It's understandable that it's so controversial and banned in some countries. How graphic it is alone is sick, but the fact that it contains real animal abuse/killing makes it all the more terrifying. The people who come up with such graphic and disturbing movies such as this need to be put in a mental hospital.

I regret watching this movie so much. The scene were a ACTUAL turtle is killed still haunts me. If I had one wish, I would wish for this movie to not exist at all.

Turtle? Oh please. What about human violence? I love this movie but it shows the sad truth about us - human is the worst and the most selfish creature

This is disturbing because it actually makes you want to root for the bad guy. A 17-year old who beats, rapes, and murders the innocent, but does it with such cheekiness and joy that it actually like him a lot. I know people of sane mind wouldn't like a character as nasty as Alex Delarge, but Malcolm McDowells performance of him is so strong that near the end of the film you're glad he has his freedom back. His freedom to kill and rape people for fun. And he's not doing it for the money or any particular award, he does it because he simply loves doing it. He's also intelligent and well spoken which is disturbing for a villain.

This movie just has a sense of truth to it. Humans really do have a desire to rape and inflict pain on other living beings. Humans of any age. It's kinda like what stanley kubrick once said "the concept of man is not that he's a noble savage, but an ignoble savage." Now I don't know if that was the film's original idea to be intended but that doesn't mean ...more

When Alex was turned back to normal (insane once again) I was so damn pissed, when he finally got his comeuppance...its not like we were sorry for him

A bunch of Hilter's clans that toutures people in their daily lives! At least I never laid a hand on a woman's genitals! That's just wrong!

Never again shall I watch this film!
If you're into the whole 'depression' feels... Then this is the film for you.
An absolute soul destroyer, stomach churning and damn sickening film.

This is a genuinely good movie with a great story, but it's not always comfortable to watch.

Aroused an emmense amount of sadness in me. A film ill never forget.

6 Requiem for a Dream

Overrated drug-movie. Moral-seeking movie. Not very realistic and exagerated in drug taking. The mother who goes crazy for amphetamine derived dietpills? A dopamine antagonist, a valium, would have stopped her " condition " showed in the hospital in a few minutes. The others on heroin? What about a methadon program? Benzodiazepines that can be easely be obtained to stop the withdrawn " exagerated effects "? Alcohol that even works to ease the withdrawn? Not a bad movie but the " disturbing " parts are too exagerated. This exageration was only made to make people scary about drugs who don't know anything about addiction, drugs, pharmacology of the drugs etc... A unrealistic disturbing movie or in other words, a disturbing fiction.

How screwed up that the drugs can make you, you can actually see it in front of your eyes.

Watching this movie made me depressed haha, real disturbing movie for real.

I don't understand how anyone who saw the first one could watch the sequel. I'm voting on this based on the trend set by the first one which I regret to this day, 2 years down the line, having ever watched.

This film is disgusting!

8 Henry - Portrait of a Serial Killer

I've seen a clockwork orange, Salo and Requiem for a Dream and they didn't phase me. Henry on the other hand haunts me to this day. The scene where Otis Molests a dead woman will never leave my head. It is the only movie I have ever regretted watching.

It's disturbing but great too. The family massacre scene has to be one of the most creepiest and down right disturbing movie scenes of all time.

Henry: Portrait of a Serial Killer is one of the most disturbing films I've ever seen. This is a great film but not for the faint of heart.

I thought this was a comedy when I watched it... I think I was right...? The second one was actually pretty messed up though. But I don't think The Human Centipede belongs on this list, they simply don't compare to some of the others.
Salo, A Serbian Film, Cannibal Holocaust, etc. Those are some straight up demented films.

Even though this movie is messed up. The film is actually pretty tame when it comes to the disgusting parts and it's more soul crushing than a kill fest. If your into medical horror films, than this film is for you.

It was boring as hell. I almost fell asleep.

I don't get this movie. I really don't get it at all. there are lots of movies in this world that I don't understand.

The Contenders
11 The Exorcist

This movie is actually not scary at all. The reason why it is so horrible for people are 3:
1) Religious people tend to believe exorcism are real, and they think watching the movie itself can summon a demon (lol).
2) In the 70's people were even more religious and gullible
3) Since the movie became popular, kids nowadays watch it for curiosity and to challenge themselves because they want to appear bold, despite their age. Because of their young age, they are traumatized.
4) These 3 reasons led to a mythization of the creepyness of the movie, thus leading to more kids watching it for curiosity or challenge, and so on...

My grandfather watched this movie when it first came out in theaters and said before the movie ended people ran out crying and going crazy. I saw it on T.V.. I'm pretty damn sure that's happened

I've heard that the movie was cursed and so I had nightmares about the devil trying to get me. but don't worry I'm over that now. I just got to accept the fact that it's only a movie.

Yo my uncle's house burnt down and he owned this movie and this movie was the only thing In his house that was untouched by the fire, but other then that this is a great movie the only part that made me cringe was when the girl was in that hospital and they put that syringe in her neck and blood sprayed everywhere

It's a great movie, I thought the first time I watched it, I Though Larenz Tate was just some dumb Nickelodeon actor but when he killed those Asians I thought OMG!

Very artsy (without just being so for the sake of it) and pretty disturbing, especially towards the end.

Ouch, I'm gonna puke after seeing that woman cutting her own vagina off. 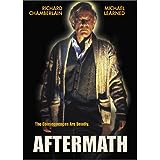 Gross gross gross made me nearly sick and I'm not kidding.

18 Perfume: The Story of a Murderer

I am surprised that this movie is not near the top! It is creative and good though.

Cuties is a movie where 11 year olds twerk and is a movie for Pedos. (That literally was part of the original synopsis.) Even 4chan banned this movie or any discussions of it. As it sexualizes 11 year old girls. The poster is disturbing as well where it showed 4 11 year old girls in revealing poses with the clothes not being much better. This movie should not be on Netflix at all. The fact that this exists proves all the people that Hollywood is a bunch of Pedos is correct.

I've seen bloddier movies than this. This was released back in 1981. That was a time where really gory movies are really, really rare so it would make sense why it was originally rated X.

This film is so over the top and ridiculous it isn't even disturbing. One of the best b-horror film ever made and the two sequels are even better.

Serbian film, Salo, cannibal Holocaust They're all disney movies compared to this montage of brutality and animal cruelty and just f-ed up stuff. I truly doubt the people who are looking at this comment right now even seen this. And if you did, then you know what I'm talking about.

Nothing but 2 hours of creepy cats should be on this list this will make people feel unease at the awful cat animations and horrid cgi of the cats. Just bleh gave me nightmares

God. The torture scene at the end and when she throws up in the bowl and feeds it to the guy. That was too far.

The Last 15 minutes were the most grusome scenes from a movie I've ever seen! just thinking about makes me cringe