As the saying goes, it's not how you start; it's how you finish. And the same goes for movies. Things are going great for a movie. The action sequences, the drama, intriguing plot twists. What could go wrong? And then, there's that one scene that ruins it all. The rotten apple that spoils the whole bunch. It leaves such a stink that it's all movie goers can talk about. Here's a list of movies that could've been good had that one scene not ruined it all. Just be aware that spoilers are ahead.
The Top Ten
1 Deadpool's New Look - X-Men Origins: Wolverine

Who doesn't love Wolverine? The mutant from Canada is one of the coolest and most mysterious mutants in the X-Men mythos. And it was pretty awesome to see his childhood where he was born near the end of the 1800s, watched him grow up and try to have a normal life, only for Stryker to be right on his tail. It was all an awesome thrill ride. And then, we see him team up with Sabretooth to fight Deadpool. But he's not the merc with a mouth people have come to know and love. He's a hodgepodge of various mutants which includes Wolverine's adamantium blades and Cyclops' laser eyes among other. But the worst part was how his mouth was sewn shut. Good grief! What were they thinking? Did anyone actually read the comics? This would've been an awesome origin movie if Gavin Hood had an epiphany and realized that this change would've been among the worst ideas in superhero movies of all time.

That is not Deadpool he looks more like a rejected Mortal Kombat character.

Honestly outside of the openning seen which is one of the greatest scenes in a Superhero movie this movie was just very forgettable, even if Deadpool didn't show up

So this is how Pierce Bronsan's career as the famed British superspy ends; not with a bang, but with a whimper. Everything else about the film was pretty top notch as far as James Bond movies go. In fact, the pre-credits scene shows Bond getting captured by North Korean soldiers instead of making a clean getaway like he usually does. And things were going smoothly until Gustav Graves decides to use a satellite laser to melt the Ice Palace. Instead of relying on tried and true stunt choreography, they went with CGI effects such as Bond surfing with a paraglider. There's definitely a good story in here, but many critics felt that it was overshadowed by all the flashy special effects and CGI.

While The Twilight Saga was no Harry Potter, it definitely had its share of followers. The struggles of Bella Swan's affairs with vampire Edward Cullen and werewolf Jacob Black and the friction between the two families her relationships cause was truly a refreshing take on the whole monster movie genre. But a lot of people were let down by the film's ending where the big brawl turned out to be a vision of some sort. I may not know much about The Twilight Saga, but I'd be disappointed if a major fight scene was just a dream or anything of the sort.

4 Too Many Villains - The Amazing Spider-Man 2

After the disappointment that was Spider-Man 3, many fans were eager on the reboot starring Andrew Garfield as the web slinging boy from Queens. He and Emma Stone had this superb chemistry between each other which made the romance between Peter Parker and Gwen Stacy work onscreen. It looked like Sony pictures had learned their lesson. Until the end of the film where we see Paul Giamatti hamming it up as Rhino as well as the surprise appearance by the Green Goblin, we see them repeating their mistakes. But it's the shot of the villains' costumes such as the Vulture's wings and Doc Oc's tentacles that shows the audience that whoever's charged with making these kinds of decisions is a slow learner. Many people will site how the Emo dance destroyed Spider Man 3, and you're free to post it on this list if you like. But this scene in The Amazing Spider-Man 2 didn't just ruin the movie; it put the kybosh on the planned sequels.

No this movie sucked because it didn't have an interesting villain not because it had too many villains. Electro was done absolutely terribly

Apparently they learned nothing from Spider-Man 3.

Despite the controversial casting of Jesse Eisenberg as Lex Luthor, this movie did have some redeeming qualities. But it's the fight between Gotham's Dark Knight and the Son of Krypton that everyone paid tickets for. And it was truly an awesome set piece. That is until Batman has Superman pinned down and is ready to deliver the killing blow. Then Superman utters the name "Martha", who is also the name of Bruce Wayne's late mother. This allows the two to see eye to eye and team up to save Lois and Martha Kent. If you've read Pixar's rules for great storytelling, then Zack Snyder just broke rule #19; "Coincidences to get characters into trouble are great; coincidences to get them out of it are cheating." It's unlikely Pixar will be giving Snyder an interview anytime soon

No, the runtime and short fight scene ruined it. Ending was trash too.

The Martha scene didn't ruin this movie it was the abomination that was what the showed in theaters, where they decided to edit out all of the story so it was all just a confusing mess

Ah yes. The infamous scene that made many movie goers shake their heads in disbelief. As Happy Days coined the idiom "Jumping the Shark", this movie coined the idiom "Nuking the Fridge." After Indiana Jones escaped captivity of Soviets, he stumbles onto a nuclear bomb testing site where an A-Bomb is only seconds from detonating. Realizing he won't be able to escape in time, he empties out a lead-lined fridge, gets into it and survives the blast. Steven Spielberg took responsibility for this stunt saying; "Blame me. Don't blame George. That was my silly idea … I'm proud of that. I'm glad I was able to bring that into popular culture." Whatever.

That scene was actually pretty entertaining, but the rest of the movie sucked.

If there's one complaint people are having about the Jurassic Park films, it's constantly having children involved. But Jurassic World: Fallen Kingdom was where it all went south. During the movie, we're introduced to Benjamin Lockwood's "granddaughter" Maisie who's parents died some time ago. But as it turns out, Maisie is actually a clone of Ben's deceased daughter. Personally, I think they could've left this plot twist out and the whole movie would still be good.

I would've put the stupid dance scene but hey, either would suffice. 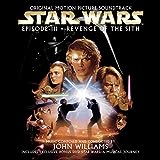 When Episode I hit theatres in 1999, many fans were eager to see the origins of Darth Vader. How would this sweet, innocent prodigy child become the scourge of the galaxy? Well, our questions were finally answered in Revenge of the Sith and boy were fans let down. Instead of seeing this tragic war hero, we see a spoiled little boy in a grown man's body. And who can forget his reaction when he learns his wife Padme passed on? "NOO! " My thoughts exactly.

What the fk? this movie is amazing

This one should be higher

This scene is so bad it's good. Lol

15 The inclusion of Legolas - The Hobbit: The Desolation of Smaug

Many would argue that making a trilogy out of one book was overkill, but Peter Jackson only intended there to be two films. Anyway, anyone who read Tolkien's book The Hobbit will know how Bilbo and the dwarves got lost in the forests of Mirkwood by following the elves during their merrymaking. But in the movie, they lost their way purely by accident, bot ambushed by spiders and were saved by the woodland elves. This would've been an acceptable change except for one thing; what's Legolas doing in this flick? He didn't appear in the book. Now, correct me if I'm wrong, but I don't think Legolas was even mentioned in the book. Was Orlando Bloom begging Jackson for a paycheck or something?

They probably just wanted to put the love triangle thing (which I don't get at all).

If there's one thing Tim Burton's a pro at, it's directing dark, gothic movies. But I felt that he was out of his element with this 2001 reboot of the 1968 classic sci-fi film that helped make Charlton Heston a household name. Things were going swimmingly with the updated special effects and make up until Leo is able to go back to his own time in Washington D.C. where the Lincoln memorial is replaced by a statue of General Thade and all the humans are now apes. What's upsetting about this ending is that no explanation is ever given to how Thade was able to escape captivity and make it back to Earth a century or two before Leo does. I suppose this would've been explained in the planned sequel, but Burton wasn't interested in which he said and I quote; "I'd rather jump out a window." Needless to say, it would be ten years before Fox tried another reboot with Rise of the Planet of the Apes which proves successful enough to warrant sequels.

No. Even without this scene it would still suck.

But this wasn't a movie but a miniseries, the actual movie aspect of the movie stops at the first half which was the good part of the miniseries