Smash is by FAR their best album, every song on it was amazing. First time listening and I had already fallen in love with it. With songs like Nitro (Youth Energy) and Genocide, what can compare? Great riffs, great lyrics. Americana was a great album, but nowhere near Smash. Perfect album, 100%.

Listened to Smash back in the day and my cousin told me not to listen to it too much or it will get old on me. 20 years later and I still love the whole thing front to back. I tried listening to their other albums but Smash has that special place in my heart.

I felt this was a nearly perfect album, and captured more of the musical essence of the band before outside influences changed them. The more success they garnered, the more mainstream their sound was.

Definitely the best album, then would be Ixnay, then Americana, then ignition for me but smash has so much rawness to it, yet a good rawness, people could argue ignition is raw too and I totally agree, but the guitar sound on that record is off to me sometimes, favorite song off smash is come out and play or nitro 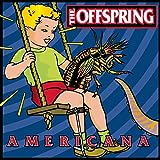 The album that got me hooked. So much energy and the title song, Americana has become my favorite on the album.

They really cashed in on This album it was the start of the end for offspring.

Honestly an album with their best songs on.

Americana; what more needs to be said?

3 Ixnay on the Hombre 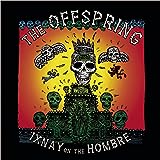 Every time I would hear "Gone Away" and "All I Want" on the radio I remember how much I love this album. For years I always thought that those songs were from Smash, which is also a fantastic album, but all this time I kept telling everyone my favorite album was Smash when in reality it was actually Ixnay on the Hombre. They sound very similar and are both fantastic but Ixnay is my absolute favorite Offspring album. Honorable mentions go to Smash and Americana.

I have a hard time choosing between smash and ixnay but I'd say ixnay has a slight edge over smash because of gone away. Smash lacks a serious dramatic song because the offspring has tons of goofy fun songs but gone away really portrays Dexter's amazing voice and the bands overall talent.

Every single song is just perfect. There's no doubt it's the best offspring album to date. Smash made them popular but I don't think it can beat ixnay on the hombre with songs like gone away, change the world, all I want, amazed and the meaning of life.

This album to me is smash with more variety. With the more serious song "gone away" and fun fast punk rockers like "cool to hate," this album is "all I want" from an Offspring record. 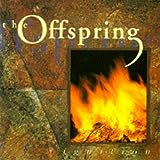 Each song from this album could be a top single hit in each of the other albums. Its biggest problem is it went out at 1992, when grunge topped the world and it didn't receive so much critical acclaim.

They perfected the original "offspring" sound on this one, Smash was also great, but already a copy of their older work.

It's going down, and fast, after those 2.

Ignition is hands down their best album. Every song on it is really good. I can't say that about any of their other albums.

I couldn't disagree more with this list. Ignition is an excellent album with songs like LAPD, No Hero and Kick him when he's down. 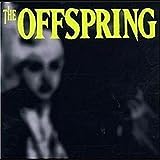 Pretty underrated. I don't hear much love for KTP anymore but personally I think the album has more to it than ignition and a few others

I find it simply more interesting than the following albums. It really seems like they have something to say. There's a cool horror punk feel to some of the songs. Bad audio quality and an abstrackt cover make this albums that much more cooler.

Not my favourite (that would probably be Ixnay), but it gets my vote because
1) it's definitely the most punk
2) just because it's the least popular doesn't mean it should get last place, it deserves higher
3) Greatest Hits shouldn't count because 13/15 songs are from other albums, if it's going to be on the list, it needs to be behind the main 9 albums
4) I'll Be Waiting is one of the best Offspring songs ever

This is amazing, I can understand why its not at number 1, but come on, top 3 material, So fast, Dexters voice is so slurry, its awesome and constant solos, rapid drums. 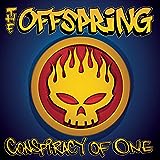 People looking for hits will settle for Smash every time, however, this is their best complete album as it is better from song to song, start to finish. It may not have the likes of "Bad Habit" or "Self-Esteem", but there are no bad or boring songs and as a whole, it is their best collection of songs put to one album. Do you want three hits and a bunch of duds or a collection of songs that almost all slay even if none are quite the best songs they've ever done? And "Want You Bad" is killer.

It's the best because so many good songs I mean only orignal prankster ist better then all songs from the Album Smash!

Maybe I had to be there when it was made but I think this is super overrated.

Want you bad is amazing. 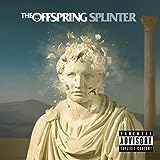 This has an amazing track listing. Spare Me the Details is my favorite song of theirs

This is an amazing album

(Can't Get My) Head Around You, Hit That and the Hui are my favorite songs

Criminally underrated it seems? Not just in contrast to the crappy ones on either side of it but it stands on its own. Almost every song is a good one

Best Offspring album since Americana (1998). Conspiracy of One (2000) and Splinter (2003) were good but they're far from perfect in my opinion. This album however is just INCREDIBLE! Smash (1994) and Americana (1998) are still better, but this album is great because of its tone and songs like You're Gonna Go Far Kid, Hammerhead, Kristy Are You Doing Okay? , A Lot Like Me, etc. So keep on voting for this and do not stop!

This was the first album I ever got, not just first offspring album - to this day it continues to be one of my favorite albums and in my opinion, their second best, only to smash, with americana in a close third. every track on this album is amazing and memorable. it deserves to be higher!

This album is amazing. After the debacle that was Splinter they really made a comeback. Only to be lost again with Days Go By. But at least this fantastic album exists. This is my personal favorite. 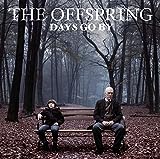 Such and underrated album. This one, Rise And Fall and Americana are my favorites by the Offspring. Just love the sound of the record and most of the songs are incredible, the first half of the record is just fenomenal.

Amazing album... It shows what offspring are now after all their experience.. Love it. One of the best things to come out in 2012!

Very variational and each song has its charm. The 2 last songs are like 1 song together

May not be the classic offspring we're all so used to, but definitely a fantastic album. The future is now, secrets from the underground, oc guns, I wanna secret family (with you), dividing by zero, slim pickens, yeah! 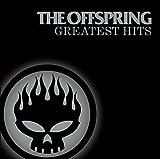 Um, shouldn't this one be at the top, considering it's their 'Greatest Hits'? I love this album, it's got all my favourite songs

I agree this one should be at the top its literally all of their best song shoved into one album.

Can't repeat is my favorite song. The rest is generally top tier too

Listening to this album right now! 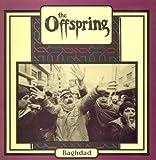 13 Summer Nationals
14 They Were Born to Kill 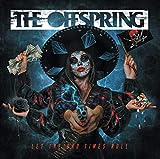 Actually, it happens to be one of these Offspring's albums where I don't need to skip any song to enjoy it as whole!
Well, maybe it is an effect of freshness of a new album, but as for now, it seem it's one of their best album ever for me.

I liked the singles the best. The rest is okay.