UK Music Channels and Albums We Want Back

This list is for something based on uk music music. And sorry for the error in my grammar i have learning difficulties and am doing this list because i ant happy with the todays music. I done this list because of the top things we need back in spotlight again such as albums and what not. So please add items that you think needs a come back or something tha has lost its touch need to go back the way its originaly was. 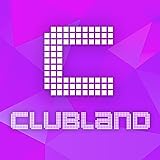 They should bring back clubland albums.

Another Dance Channel that was similar to clubland it allso had its best record label in the uk dance sence Ministry Of Sound And allso with it Hard2Beat. And allso down artists playlists like this artist in the mix Had more stuff to do with Example/Elliot Gleave and Basshunter Avicii Swedish House Mafia And Sash! Armin Van Buuren And Tiesto and Many More it allso did remixes of the songs of artists who wasnt dance like mostly Rihanna And Pitball Jennifer Lopez And Ze-Yo And Usher. They definitely need to bring this channal back and and put these kind of artists in. They should allso carry on with the dance nation albums. All Around The Word And Minstry Of Sound are the best two UK Dance Record labels and allso there was one called 3Beat which I known Mostly Because Of Inna Songs been Released on there. - Subs1997

Its not even dance any more they should split then channel up into two mtv dance for all the classic old skool dance and trance and early 10s stuff from the artists the I mentioned from 90s to early tens from about 2010-2014 with mtv club it could me the mainstream artists starting from 2015 like I would say chain smokers dj snake and wha not well to be honest am not kean on them artists. - Subs1997

Does that channel still exit? - Subs1997

Right I know wha you might be thinking, But in my opinion 4Music should be back in the spotlight again I think this channel had sadly lost its touch. - Subs1997

It should be music all the time not Keeping up with the Kardashians at night.

A channel Similer to clubland style but more to do with R&B/Soul and Hip-Hop/Rap Stuff I wish the channel was big as the other channels. And made R&B Albums like they did with clubland Albums. - Subs1997

This should definitely Return. - Subs1997

We need more trance complition albums like starting for the 90s like best another ministry of sound ultmate trance. - Subs1997

The channel is still available. - POWERStarz2004