Top Ten Worst Foreign Bodies to Have Inside the Human Body

Foreign bodies or objects are objects not belonging to the human body and are unintentionally/intentionally ingested, inhaled, or embedded on the skin. In the list, we rank top ten of among one of the worst & dangerous foreign bodies considered up from dangerous to even fatal.
The Top Ten
1 Batteries

This applies to most of batteries, but specifically goes to button batteries which are often commonly ingested by most little children and mentally disabled individuals; which in most cases, are serious & deadly. Considered dangerous as these can cause internal burns and injuries caused by harmful chemicals when ingested, leading to possible death if not treated immediately. Unfortunately, the ingestion of batteries are getting relatively common; if you have button batteries present in your home, placing them in an out of reach place is always highly recommended at all times if you live with small children.

They are very dangerous!

Magnets pose a real danger especially when swallowed in quantities when ingested; consuming two or more magnets (especially strong magnets) results in severe complications such as bleeding & intestinal injuries due to attractions of each magnets inside the intestines, which could be potentially fatal or cause permanent damage if not received medical attention.

One isn't dangerous. Swallow multiple and you'll experience the last pipe clogging of your life.

Glass pieces are not as harmful when swallowed dull and/or small; the form, shape, size, other properties (I.e chemicals) of the glass is what matters; however if the glass looks sharp enough, or quantities of small glass shards are swallowed, or containing dangerous chemicals/materials, it may potentially affect internal parts of the body causing injuries and often severe bleeding as sharp glass tear the intestinal walls, which are considered life threatening or even can be fatal on some cases.

Ingesting screws are relatively among children and other people with certain conditions/disabilities. Any sharp object such as a screw is considered dangerous when swallowed as these causes bleeding and intense pain. Screws are especially dangerous when embedded somewhere internally as potential infections may occur; consuming a screw is not safe regardless of size.

Although toothpicks are slightly uncommon in ingestion. Normally, toothpicks and other wood material are unable to be digested; a toothpick is considered a sharp object and it's a high possibility to cause severe injuries, extreme pain and possible septic complications in ingestion; therefore, it's highly recommended to seek emergency care when such sharp object(s) are consumed.

In most cases, a small fish bone gets stuck on the throat, eventually passing the tract dissolving simply with no problem if swallowed; however, those can be dangerous if sharp and large enough like a toothpick, as they are a choking hazard possible to get stuck around in the throat; this can be occasionally resolved by drinking large amounts of water or swallowing large a large piece of food such as bread or banana; however, in serious but rarer cases, medical attention is required as sharp bones potentially may lodge internally around in the tract, puncturing, tearing which causes effects that could be life threatening.

Specifically smaller coins such as pennies & dimes, coins are one of the most common foreign objects swallowed in small children, possessing a choking hazard. In some cases of small children, coins can be ingested and expelled without general discomfort. However, coins do interfere with breathing if ingested depending the size of the esophagus or the coin, it can be potentially dangerous requiring medical help in some cases.

Splinters are considered as a foreign body as they either enter and get stuck halfway, or entirely inside the skin. Splinters mainly consists of small wooden pieces. Splinters are often not lethal in most cases and can be removed either by hand or tweezers; however, splinters can be a nuisance especially if embedded on the foot; they can also cause infections if embedded on the skin in prolonged periods of time, and/or containing bacteria.

It all depends of the product, size, shape, properties of the toy or the part belonging to the toy, smaller toys such as a 1x1 lego piece are usually harmless and passes the digestive tract, but larger toys can possess a choking hazard in smaller children, or can cause significant damage if the toy is sharp enough.

This is a big one, stepping on one of these bad boys can give you tetanus, remember to always get your tetanus shot

Depending on the size, bottle caps are usually round on shape but could contain edges. Especially beer caps they're rarely swallowed unintentionally in adults, therefore getting stuck in the esophagus potentially causing pain, but in some cases can pass through the tract, causing damage if the cap consists of sharp edges, often requiring medical treatment. 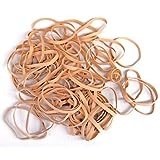