Uh, what? Parents are dumb enough to buy this for their kids?! A...drug dealer set...really fun to open on your birthday/Christmas.

How in the world is this kid friendly?

You probably don't know about Fabuland, but it was a LEGO series released in the 1970's. It contained creepy looking characters in very boring sets. This is the worst though, as it only has one character.

I used to own this product when I was younger and loved it. Nowadays I just think 'why did I ever want this? '

I actually saw a bunch of T.V. commercials for this product.

People who hate stuff call it cancer.
But what drugs were the creators of this toy taking when they made this? It's a disease that kills people every day, even now as you type.

This also needs no explanation.

Cancer is not funny.

Any child who has one of these dolls clearly doesn't know who Hitler is and what he did to Jews.

What next a Kim Jong Un doll?
This is just STUPID.
Whoever made this doll was mental or high.

I think the meme lovers will buy it because this guy is a meme, but I won't buy it at all. if I did? I'll throw it away in the trash.

If I ever got one of these I would destroy it!

For some reason, this toy has a lot of knock-off products. Who'd want to rip off something like this?

In this toy, you actually push on Batman's privates to use it.

There is great sickness abroad in the land.

This is just wrong... 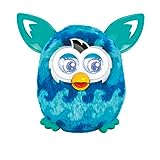 I had a Shelby from McDonalds in 2001, it wasn't noisy it never kept me awake at night. I would've thrown it away if that happened. I just thought it was a cute little baby. Smaller than Furby's look like a clam. I don't even think it really talked. But it was from McDonalds not a toy shop.

I bought furby connect in 2017, I took it home but all it did was making weird impressions with its eyes. 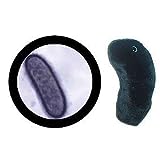 Sounds lovely, where can I buy it?

This needs no explanation.

Is this a real toy? The other disease toys had pictures but this one doesn't.

Drax the Destroyer (Guardians of the Galaxy) reaction : Uhahaahahaaha!

In this set, Barbie is reading a book about not being fat (which contains the step "Don't eat" in it, and it shows that she is underweight.

This set brings bad lessons to children. Some kids are just fat and can't help it.

I used to have these dolls when I was younger.

I just wanna say I feel really sorry for any country that has these unholy things sold in stores everywhere. It's bad enough that America has Kinder Joy now but I pray to God that Kinder Surprise doesn't make it to my country.

Banned in America because its not supposed to be for babies.

I was thinking of a different toy when I put this here.

It looks innocent at first. but one one part under his pants LOOKS LIKE a penis

Air Pirates were non-liscensed Mickey Mouse comics where he talks about things such as sex.

I love shopkins. I have a lot of them.

A waste of money

I don't like them because they'll kill someone or me.

How did this get onto the list? I need answers. And I need them soon. Fidget spinners are the bomb! They're one of the best toys out there!

You hate a really old doll. Oh she has boobs? Oh she is ridiculously too thin and so girls would go anorexic? I don't think any girl who played with her has actually noticed or cared about how thin she is or having boobs. At the end of the day its just a plastic doll and people just overreact about the thinness, boobs.

Why do girls toys get attacked but boys toys get celebrated. Is it because toys rhyme with boys. So toys are just for boys and female ones suck.

What? Barbie is amazing and I'm literally 15. Though I do have autism so maybe my mind is set back a little?

Why isn't this higher?! Barbie sucks I want to burn her!

Why do you call dolls, plush. Its soft toy.

Duh! Dora is the worst!