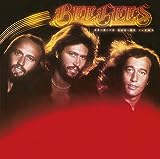 Now the Bee Gees are awesome songwriters and music is out of this world. No other can compare their music. Their music and memories will live on for ever.

The Bee Gees are the most great artist in this world long with their brother Andy Gibb! All four brothers should be together up on the top #10 list.

Bee Gees are the most awesome artist ever! They write beautiful music and they have awesome singing.

Solid sound production. This album revived my interest in Bee Gees, together with the next two albums.

Despite the comercial succesfull Odessa is a masterpiece including classics songs like Melody Fair or First Of May among other and including so powerful simphonic songs... It's an amazing album

Album that changed the 70's

The best one, by far.

This and Cucumber Castle r my favorite.

Love every song and know all the words

I love the Bee Gees! It's like listenening to Angels singing!

The most beautiful and serene album from the greatest songwriters in the universe!

What, So underrated, just listen and vote

11 Children of the World

None of the songs are fillers. All the songs perfectly connect each other. Best hook: Blue Weaver's organ hook in Subway. A+

I believe Trafalgar o be their best album. Odessa second. Every song on Trafalgar is great or a full on classic. Love Trafalgar and lion in winter are probably my favourites. Over time some of the songs that I wasn't so crash hot on have grown on me considerably. Originally I had it on vinal but scratched the song 'when do I'. I tried to gouge the record so that the needle skipped the track. Not very successfully. Only recently began playing the song. Like I said all tracks are wonderful. Not too fussed about their music post 70s, although they did produce some good stuff.

Even though it’s a movie soundtrack, they had several of their greatest songs on it. The song “If I Can’t Have You” was also one of theirs. Stop hating on them because they went through a disco faze!

What the f how could you not vote for this

20 To Whom It May Concern