The Top Ten
1 Songs About Jane 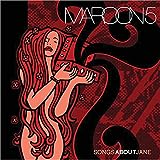 The best songs on this album are the less popular ones. While everyone loves This Love, She Will be Loved, and Sunday Morning, Must Get Out and The Sun always make me cry. I wish more than anything that I could go back in time and see Maroon 5 on tour with this album.

I mean, it was before they became ridiculously famous, so they weren't afraid to take risks with their lyrics, and they were more on the rock side than the pop. All I know is that it really was their best album, and may be one of the best of the 21st century.

By far the best Album. She will be loved is an awesome song.

2 It Won't Be Soon Before Long

While Songs About Jane is the best, this album has rock songs with style injected into them.
Most of the SAJ songs are garage rock songs, which isn't bad.
But this album has more memorable songs in my opinion.

Songs About Jane may be slightly better, but this album is a perfect mix of modern and older Maroon 5. It also helps that this album carries the most influence from The Police of any album, including my favorite song "Won't Go Home Without You".

My #2 favorite Album. I like the main ones like Wake up Call, Makes Me wonder, and Good night Goodnight; however, I always jam out to Can't stop, Little of your time, Back at your Door, and Wont Go home without you

Defintiley their best one, shame after this one they started selling out and turning into talentless garbage that appeals to the lowest common denominator possible.

I like this a bit more than Hands All Over due to the songs being a bit better in my opinion.

Thought this was by far their best album. One More Night and Lucky Strike were absolutely amazing songs.

It's a good album but for me it's my 4th favorite. I only really like Lucky strike and One more night

Why is this last on the list? Personally this is probably my favourite

I like this album, but I think that the songs aren't as memorable or great.
Give A Little More, Don't Know Nothing, and Moves Like Jagger are a little weak in my opinion. Not bad, but not great.
Misery, Stutter, Never Gonna Leave This Bed, How, Get Back In My Life, Runaway, and Out of Goodbyes are my favorites.

Best Maroon 5 Album: Hands All Over Hands Down!

In MY opinion, Hands All Over is Maroon 5's absolute BEST album ever, with the more bluesy Songs About Jane following right behind. With their versatility of their sound over the years, I feel this was the era of their perfection. This album is just pure musical genius. Each track on this album is extremely catchy and if given the chance would definitely top the charts. They're very memorable and enjoyable to listen to. From the upbeat ear-worms "Give A Little More," "Don't Know Nothing," "Get Back in My Life," "Stutter," "Never Gonna Leave This Bed," and "I Can't Lie," to the emotional beauty of "How," "Runaway," and "Just A Feeling," Hands All Over is truly spectacular.

How anyone could dislike this album is completely beyond my comprehension. The deluxe album is definitely worth getting- it includes "Last Chance", and amazing and extremely catchy song, "No Curtain Call," another wonderful song, as well as acoustic ...more

You all underrate this album because you close minds are stuck on the first two. This album IS Maroon 5 like the end of a journey where they finally found their own sound. It's not perfect as IWBSBL but it's the best and has songs which only deep and true Maroon 5 fans deserve to appreciate. Not kids who like overexposed which is actually bad compared to the other albums, or the old guys stuck on the first one. Open your eyes. Best.

Smooth, sexy, and soulful sounds dominate this Maroon 5 effort, an album which is primarily driven by snappy pop experimentation and intricate electronica.

Good album, I think it should be a bit higher up. I love miss you love you, and infatuation

This album is awesome! It's all the songs from Songs About Jane but they have longer guitar solos, they are more complex, and there is an early version of Wasted Years!

8 Call And Response: The Remix Album

Honestly, this is at the very core of it a Maroon 5 album, just with a different and more youthful approach, but honestly I love it for that. This is Maroon 5 in their teenage years, making childish and angsty Pop Punk, Power Pop music, on par with the likes of Green Day, Blink-182, New found Glory and Weezer. Though it wasn't as popular of an album, this album could more than compete in terms of enjoyability with any number of those artists albums and even Maroon 5's entire proceeding catalogue.

Yeah Maroon 5? Screw you. You said this album was going to have a darker feel like Songs About Jane. Um... if you actually think this is like Songs About Jane you have something wrong with your head. This is actually the farthest you've ever got from SAJ sound. Now let me just say I don't hate overexposed. It's... okay. It has good catchy melodies. My favourite songs from it are Beautiful Goodbye, Daylight and Payphone. But V? Haha. Only about 4 of the songs have good melodies. I remember lots of songs from Overexposed. This album is just so unmemorable. I can only remember about 5 songs from it. Maps is a good song though. It sounds like something from Hands All Over. It Was Always You and Sugar are ok. I dislike Animals. And the rest of the songs... pretty unmemorable and bad. In Feelings, when adam sings the chorus. It sounds like someones pushing a sharp pencil in his side. Hopefully maroon 5 will split up and the other guys of maroon 5 will start their own band without adam. I ...more

This album isn't bad or that far of a cry from works they've done in the past. However, the sloppy and sometimes profane lyrics and instrumentation on songs like "Feelings" (the worst song they've ever done), "Animals", "New Love" and "This Summer's Gonna Hurt" (which would've been a cooler song with a less try-hard chorus) are pretty big turn offs. However, gems like "Coming Back For You", "Maps" (which has influence from another one of mine and Maroon 5's favorites, The Police) and "It Was Always You" still hold true to a unique Maroon 5 sound and could've sat alongside a few tracks on their second album It Won't Be Soon Before Long (heck, so could "Sugar" or "In Your Pocket"). Overall a good album, but it's their worst/most disappointing one to date. Hope the next one from my favorite modern band is better.

IN MY OPINION (all caps to make sure people see it and don't get all offended):
The only great song is Maps.
The only decent song is It Was Always You.
Unkiss Me was half and half.
Animals, Sugar, In Your Pocket, and Feelings are total embarrassments.
The rest is lame, soulless, and unimpressive.

It's personally my favorite album, not only lyrically, but also productionally. It's a far cry from anything they have ever put out, and personally, I like that. I understand where the hate spawns from, but it has a special place in my heart.

It's more popish than any other but I feel like in their next album they will tune it down a bit. Kinda fits the the category of super-catchy white people music but it introduced me to Maroon 5 so the first is my favorite.

I actually like this album a lot. I can kind of get why people hate it, but I disagree with them.