Mario 64 was great. It was nostalgic. But I like this better. Best 3d mario game. I will probably forever think that mario world is the best mario game. And the best game in general.

Super Mario galaxy 2 is not my favorite platformer. But all the platformers I like more then this are for some reason not on here so I picked this.

The soundtrack is phenomenal, and so are the level gimmicks!

I just absolutely LOVE this game. From the well written and funny dialogue, amazing graphics for its time (its honestly still a gorgeous game), memorable characters, well designed worlds, solid gameplay, memorable and beautiful music... The N64 game was amazing, and the Xbox 360 port made it perfect. There is so much to love here. Highly recommended!

Banjo Kazooie has improved a lot from Mario 64, it feels less slippery, better characters, better flying mechanics (by far), more vibrant level designs, and had more of an adventure since you weren't forced back into the hubworld after collecting jiggies like you were with collecting stars in Mario 64. Also, Banjo Kazooie I'd say holds up better after all these years, it's in my opinion the best aged 3D platformer of the 5th gaming generation by a landslide. Mario 64 is great and revolutionary, but Banjo Kazooie is an improvement on the formula.

In many regards it is Super Mario 64's lesser known little brother, but to me it is a lot better. The fun levels, the music and what you are able to do thanks to Kazooie makes this my favorite N64 game!

The epitome of a childhood. This game comes unrivaled in it's dynamic worlds, musical finesse, and overall sheer enjoyment.

3 Spyro: Year of the Dragon

Without a doubt the best 3D platformer I've ever played. It has beautiful presentation, every world you visit is absolutely wonderful. The soundtrack is amazing. There is so much variety in the gameplay. There are even new playable characters and they are all just as fun to play as Spyro. The bosses are great and there are a ton of collectibles to keep you playing the game for several hours. Such a fantastic game.

Perfect from top to bottom, Spyro: Year Of The Dragon is utterly magnificent in every single way, with perfectly balanced gameplay, an enormous amount of mission variety and creative, unforgettable levels. Even if its pretty dated-looking cutscenes continue to be incredible charming.

Better than Mario 64! I know it changed Platform, But SPYRO perfected it even with a 4 legged creature!

This is super mario Galaxy the best mario game ever!

The only game on this list that features a segment that involves collecting pacifist bees to tickle a particularly large breasted sunflower so that you can distract her and bounce on her boobs to collect a wodge of cash.

I remember one time my mom almost bought me this game on the xbox but I was so disappointed it was rated Mature, but now I can see why they rated it M.

Rare's best game and one of my favorite games of all time.

Funniest 3d platformer ever made.

Great, memorable music, good graphics for the time, levels made to be replayable and are like small open worlds that you can just run around in with the amazing movement mechanics that feel great. Incredibly fun atmosphere and the controls. The controls are amazing with any controller and the movement systems all link together beautifully to make some of the best speed runs of any game. They're easy to get a grip on but takes time to master them.. Only problem with it is that it was the first of its kind so it didn't invent too many new level mechanics such as something like Mario galaxy does.

Wow. Very sad that this is at 15. Super Mario 64 is my favorite 3d platformer of all time. It's also my favorite video game ever. This was and still is amazing this many years later. Technically, Super Mario Galaxy 2 is 3D platforming at its absolute finest. But even that spawned from other games that spawned after the conception of this glorious game.

An amazing game that redefined the platforming genre. Super Mario 64's atmosphere, game play, tight controls and revolutionary camera angels made this game a hit for its time. Although the game isn't perfect, it's still a blast to play today and it's a shame it this masterpiece isn't just a little higher up on the list.

When a game comes out in 1996, and I still find it enjoyable to play in 2017, the game has truly transcended anything before it. This and Donkey Kong Country are the only two games I can sit down, play, and still be amazed after all these years. 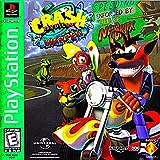 This was one of the first games I played. Honestly it is still unmatchable. I played through Super Mario 64, and that was good. But this, THIS was REaLLy good. It's so good because, like original Mario games, it's just levels, only in 3D. Plus, the enemies, environments, cartoonish insanity, and magnificent, fun levels all made it such a great and awesome game.

So many people grew up with this amazing game and character! Sure, Mario64 deserves the top spot for practically revolutionising video games in general, but it was Crash who perfected it and improved it in many ways! Crash & Mario are both legends! :D

The list is ok, but in my opinion Super Mario world, Super Mario 3 or Super Mario Bros. Should be in the top 5. Not to mention the first Ratchet & Clank should be in place of Up Your Arsenal.

Why is stupid galaxy above this masterpiece?

I love this game! 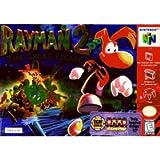 This was to my memory at least the first platformer I had ever played started with the crappy PS1 port but I didn't know ant different back then so I loved it the I got Rayman Revolution and man that was a step up. Loved Rayman ever since less said about the Rabbids the better I thought Minions were bad.

This has to be higher up. Good controls, good music, good atmosphere, and the goods keep on coming

Great game. Sadly, it doesn't seem like it had many (if any) good ports...

Where the hell is this game on the list. It has to be in the top 5!

15 Ratchet & Clank Up Your Arsenal 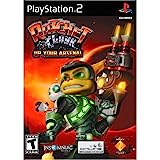 No other game in the world could ever match the badassary provided in Ratchet and Clank: Up Your Arsenal. Everything in this game is flawless. Story is great, controls are tight, weapons have a ton of variety and make the gameplay intense, and even the games on-line multiplayer is phenomenal (it's still being played to do this day! ). Mario and Jak are good, but this is KICK-ASS!

Epic Weapons. Epic universe. Epic Experience Upgrade system. Everything about this games is epic. Tons of stuff to do whether participating in arena battles to get extra bolts and experience. You can explore planets looking for some titanium bolts. Areas previously inaccessible with gadgets obtained later on. Pretty cool. And the story is hilarious at every cutscene, and Good ol Captain Qwark in here too. (As well as the Plumber)

It was more than just a game. The family feeling and all the adventure... It really rocked my world when I was a kid. Best game ever. Thanks for the memories.

So many childhood memories! It was an extremely cringy game, even as a kid, but I think it's vibrant environments and presentation deserve some credit.

Sonic Colours and Generations are better Sonic games than these!

One of the best Sonic Games out there
It has awesome level design, good handle physics, good story and just awesome music
Yes, Big and Amy are no good, but they are short, so this is not as much as a problem

Excellent, relatively unknown. Where it really shines is the level design and themes.

This is so much fun! Why is it not on here yet.

So much to collect!

19 Jak and Daxter: The Precursor Legacy

This Game has one advantage over every other entry in this list, NO LOAD TIMES! Plus it has phenomenal controls and tons of collectables in a large open world to explore with your own wits.

Favorite video game of all time. Beautiful open world and great controls. Not too much of a challenge but extremely fun, with exotic characters

My all time Favorite game with likable characters, named my dog after Daxter.

Such a great game. Should be higher on the list for sure.