Just any game! If you think it's cool, or just really addictive, post and/or vote here!
The Top Ten
1 Minecraft

This game has been the most popular since I've been such a kid this game is probs the best you have ever played trust me there is so much to do from getting pets to building skyscrapers trust me my little because played this game the only reason he wants to come to my house is to play minecraft so this game is for all of you and I still play it and I'm almost a teen think you can beat me then try and fail because I am the master at mineing diamonds and hunting and farming. YOU CAN MAKE YOUR OWN FARM! Fortnite has basicly turned into minecraft.

The awesome game in the world! It has an infinite amount of things to do. And the mods are epic sushi as buildcraft and industrialcraft2. You can also get the ather mod can give holy items, literally! You can also beat the enderdragon and get your own enderdragon that can breathe fire! Minecraft deserves to be on number 1 because it is epic!

No! By the way why its 16? , it shouldn't be like that only, this is cool, you can make your own dream house, place, future and many more, and it can teach you how to survive! Even it is not 1st but for myself it is and it should be! I wish it is top 2 or 3 even it is not 1, Rant on Minecraft! ;D

Well, I would like Minecraft but... Minecraft copied ROBLOX. Minecraft was at 2006, and ROBLOX is 2006. So yeah... I would think Minecraft tried their best to NOT copy ROBLOX. But that would be awesome if Roblox copied Minecraft... I am not complaining. Minecraft All The Way!

Nonononono, roblox is NOT one of the best games! Not even close. Maturity levels are going down, there was ticket loss, it lost its creativity, almost every game in this is a ripoff, and geez reasons goes on and on and on! CLASSIC roblox is more fun than this! You bastards

ROBLOX, its super good if you want to play a family freindly game!

Also if you are bored you will just search what you like to play and you might find it also don't be TOXIC you will be reported.

Roblox was creative...it's very easy to make a game that people can go on...just download Roblox Studio and build go threw some easy things and your done! With Minecraft you need to download things that cause viruses and it takes a long time. Roblox is fun! Roblox has fun games like Work at a Pizza Place. Minecraft just has PVP...even though Roblox does have a lot of PVP too at least it's more fun! With Minecraft you need to pay almost 30$! For a bad graphic game where things just kill you! UGH! Roblox is free and if you don't want to sign up you can be a guest! :D And Roblox has everything tycoons, roleplays, pvp and AWESOMENESS! And the ads on the side are to funny! I CLICKED THIS BUTTON 25 TIMES THINK YOU CAN BEAT ME?. The ads on Minecraft are like BUY THIS FOR 15$! On Roblox the only thing that causes real money is optional...like buying robux or tix or builder club. On Minecraft you need to download skins and mods...and there probably going to cause a virus...on roblox you can ...more

Roblox is good for children, OFC if they don't share there password, I would recommend getting ROBLOX but, I still do agree that minecraft would be the first. But I'm on both sides! Roblox has over 100+ games to play cool right!

This is good, but I think there should be something else in its place. I mean it IS good, but it should be better. I liked bloons tower defense 1 better than this one.

When I first play btd I play it for 6 hours

A fun classic that has never stopped giving me enjoyment

I LOVE IT! When I got it I couldn't stop playing it! I even bought a official guide the next day just to be updated and understand stuff! It's just a classic overall, but it's AWESOME!

I would always watch my parents play it

My mom loves this game! !

My Favourite Online Game, More Than Roblox, My First One, It Introduced Me To Online And Friendship.

From (2019): I remember the good ol' days when Club Penguin existed. Those were the days.

my childhood in two words

1Easy fun game to.
2We cannot forget the horses.
3And the abilities.
4The cool characters.
5When you become a chicken it's funny.

Realm has more tactics then Fortnite it doesn't make u very angry either its lite.

Best game ever made

The Contenders
11 League of Legends

Best game of all time! It actually requires skill not just pay some money to be the best!

This is game that is actually playable without needing to use money.

I think it is the best game ever. Riot suceeds to make it never bored.

You better play this before you die 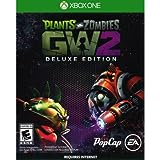 I used to play this game every day

Time the all win I

Aim for the bull's eye or the head one and the same!

What is wrong with people who hate this game series. Maybe actually play them before you criticise them.

Terrible, it should be at least replaced with pixel gun

The worst game ever 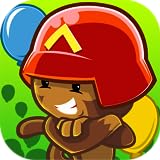 I always played it with my friends

One of, if not, the best games in that series with the start of it's story with Handsome Jack, to it's enjoyable humor found in every level.

I would say it's a super fun game, my favorite animal is a coyote but when will they come back. on my old animal jam account I had a pet poodle I think they're rare

I liked this game. it is great for children. I highly suggest this game for anyone who likes to play virtual games

Amazing online game, I think Animal Jam is the best online game ever!

One of the creative games that has been released, giving us basically everything from the previous games and giving you, the player, some of the most creative levels the community and you can think of.

Nah half of the levels have traps, invisible blocks, enemy spam and random choices like doors and pipes leading to death! So yeah disagreed

Never seen it before but seems pretty cool!

This is very best game

Nothing better playing a game which is Realistic!

Most interesting games with a record of gueness book world record