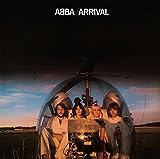 Probably their most popular album with songs Dancing Queen, Fernando, Money Money Money, Happy Hawaii and Knowing Me Knowing You that I love!

Any album with "Dancing Queen" on it has to be the best let alone "Money, Money, Money" and "Knowing Me, Knowing You". A no-brainer for best ever.

Probably my favourite because it has most of the songs I love!

The best album for me 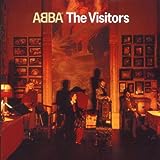 This is definitely the most sophisticated ABBA album. That just isn't up to question. With songs like "I Let the Music Speak"-- which is just so deep and almost haunting-- and "The Day Before You Came" (this one makes me shiver), it's just beautiful. The lyrics are more meaningful than many others (cough Dancing Queen cough), and many focus on political issues rather than romance ("Soldiers", "The Visitors", etc.). It's obvious, by listening to this album, that ABBA was taking advantage of their experience in the music industry.

The Visitors is undeniably not the 'easiest' ABBA album to listen to, but it certainly is the most rewarding. Songs such as 'Head over Heels' and 'Under Attack' remind us of the jovial and carefree we all know and love, meanwhile 'The Day Before You Came' and 'Soldiers' have a haunting, inescapable darker tone. After a full listen though, one simply doesn't know; should I laugh or cry?

Wow. What a way to bow out. Such a phenomenal album, but unfortunately it didn't see the success it deserved; 'Abba fever' had all but fizzled out. A lightyear away from 'Bang-a-Boomerang' (the lyrics makes one want to jump off a cliff), The Visitors display a more mature, and dare I say polished Abba. A sterling effort - well done.

I've read how many Abba fans think this is dreadful with no songs on it. It is by far their most accomplished album, musically and lyrically. I really deep experience which may be the problem for a certain type of Abba fan.

Song for song, this is ABBA at their best. "If It Wasn't for the Nights" could have been one of the huge hits of their career up there with the popular ones-don't why that wasn't pushed as a single. On side two, those first 3 songs have to be one of their best album song sequences (for those who don't have the record, starting with "Does Your Mother Know", "If It Wasn't for the Nights", then "Chiquitita".

Voulez Vous is a great pop album with lots of hidden gems. "If It Wasn't For The Nights" is one of the group's best songs, along with other classics like "Chiquitita", "Angel Eyes", and "Does Your Mother Know".

Lovely, wonderful album! One of my favourites, all the tracks are really good. This was the album that introduced me to ABBA music when I was a kid.

Stunning songs like Voulez-Vous make this their best album next to The Visitors and The album. 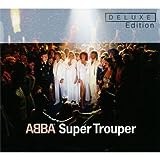 This contains possibly my top 4 ABBA songs (The Piper, The Winner Takes It All, Me and I and On And On And On). Of course I love other songs such as Kisses of Fire and Soldiers, which could also be part of my 'top 4', but this album is just outstanding.

My favourite song The Winner Takes It All! I do like Super Trouper!

Including giant hit Happy New Year and many great songs as The Winner Takes It All, Super Trouper 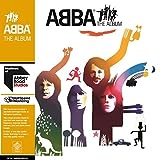 Abba at their peak, easily their best album in terms of composition. Psychedelic "Eagle", power pop "Take A Chance On Me", intricate "The Name of The Game", the beautiful and cosmic "Move On", and the rock opera "Hole In Your Soul" are some of the highlights LOL..."Thank You For The Music", "I Wonder", and the manic "I'm A Marionette", which features an exceptional guitar bridge are an a mazing mini-musical. The lovely ballad "One Man, One Woman" is sweet as well. Abba's best, and one of the best albums, period.

Why is this so low? All the songs are undeniably great, but definitely give eagle, take a chance on me, thank you for the music, and I wonder (possibly Abbas greatest song ever) a listen. No words to describe this album... Just listen to it.

This album has The Name of the Game, possibly their greatest work.

How is this a bad album? Really, there is no such thing as a bad ABBA song or album. I like the songs Waterloo, Honey Honey and Hasta Manana. I totally disagree if this was the worst.

Probably not my favourite but I like their songs Waterloo, Honey Honey and Hasta Manana!

By far their worst. A lot of crap. The exceptions are Waterloo, honey honey, and dance

Their first album is pretty good. I like their songs Ring Ring, Love Isn't Easy, Disillusion and Another Town Another Train!

Their first album, and the song with the same title gave the group their big break in several European countries

I think their first album is good!

There are so many different kinds of songs on this album. Everybody knows S.O.S. and Mamma Mia, but there is so much more. I've Been Waiting for You is just simply their best ballad. Hey Hey Helen rocks big time with a simple but great riff, and the bridge is surprising and changes the song altogether. Benny just simply shines in Intermezzo no. 1. I can't sitt still when listening to So Long. 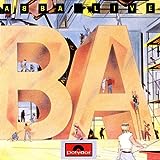 10 The Singles the First Ten Years 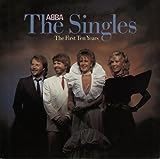 The Contenders
11 Thank You for the Music