Top 10 Products that are Designed to Fail

Many products today are affected by planned obsolescence, a commonly used term for products designed to break easily, be too expensive to repair or to quickly go out of style. Companies deliberately shorten the lifespan of their products, the end result being returning customers sooner than necessary and more money. There are many issues tied with planned obsolescence, many of them being moral and environmental as it often results in a lot of these products ending up in the trash. Let's see which products on the market are designed to fail, some you might not even know about.
.
The Top Ten
1 Light Bulbs

Probably the most well-known example of planned obsolescence. We know it is possible for light bulbs to last much longer than the mere 1,000 to 2,000 hours we have today as in Livermore, California a light bulb known as the Centennial Light Bulb is the world longest lasting light bulb and it has been burning since 1901. Before 1939, there was a group called the Phoebus cartel which was composed of manufacturers such as Osram, General Electric, Associated Electrical Industries, and Philips to name a few. They controlled the manufacture and sale of incandescent light bulbs by appropriating market territories and lowering the useful life of light bulbs. The cartel lowered operational costs and worked to standardize the life expectancy of light bulbs at 1,000 hours, down from 2,500 hours. Since they didn't have competition, they had no problem raising the prices on top of that. There are theories that inventors must have come up with light bulbs that last for far longer, but that their ...more

Light bulbs might be the most infamous example of planned obsolescence, unlike some of the items on this list which appear to have been added just because some users don't think they last long enough.

Obviously, since most light bulbs are only designed to last around a year or two before they burn out, maybe a little bit less.

Almost everyone in the 21st century has a smartphone and all of these consumers have the same issues with smartphones. Whether it's an iPhone or an Android, most smartphone users will have to deal with their device being slower and having a low battery life after about a year. The worst part is that smartphones, and especially iPhones, are made in such a way that you can't repair it yourself or have someone take a look at it, because the manufacturers have implemented anti repair designs on their product. Basically, the phone's software will refuse to work if any major parts of the smartphone was replaced. And if you go directly to the manufacturer for repair of your device, chances are they'll encourage you to buy a new one instead.

It depends on the type of smartphone. For example, if you buy a phone less than $400, it's usually not guaranteed to last unless you take great care of it. Also, if your phone is up to date and has all the latest updates, it might last longer. This is all based on my personal experience.

The main issue with printers is with their ink cartridges. These cartridges have a smart chip which informs the printer when it's low on ink. However, it was found that they are programmed to send this information after 75% of the ink has been used, meaning it doesn't use the remaining 25% which in turn forces the consumer to buy a new one sooner. Worse than that, some printers are programmed to malfunction after a certain time of use or after a certain amount of copies have been printed. According to manufacturers this is designed as a safety feature. And if you guessed that repairing a printer is more expensive than buying a new one, then you are correct.

I hate having to deal with a printer that is "out of ink". Mine now leaves ink marks on the edges, it keeps saying there's no paper, even though it's full and if I'm printing anything in color, it'll always come out pale. We still manage to make it work, but damn what a pain it is.

I've noticed that a lot of printers don't seem to last that long and most printers run out of ink quickly.

This is where the history of planned obsolescence began, more specifically thanks to Alfred P. Sloan who was the first to implement the concept on a large scale when he worked for General Motors in the 1920s. Car manufacturers were having trouble selling cars, since most of the people who could afford it already had one, and the solution was simple: the model year system, which doesn't require the manufacturer to improve the machinery, all they have to do is change it's look. That way, the old model is out of style and the new one is more desirable due to it's cosmetic changes. Thankfully, when it comes to longevity and safety, modern cars are not lacking.

It depends on the type of car. Some models are made to last, while others don't work that well. If you want your car to last for at least five years, you must take pride in taking great care of it, and if you're looking for a new car I would suggest buying one from
a high-quality brand, like Ford or Toyota.

A lot of cars are reliable and they are built to last. The problem is people are always looking to change or get a new one that looks better.

Nylon stockings for women are known to break very easily and that is by design. In fact, these tights were very strong, stretchy and of high quality when they first came out on the market in the 1920s, in advertisements, they could even be seen towing a car! Given that this product was so well made, the company that originally made them, Dupont, had their scientists work to make the fabric weaker so that it would rip and tear quicker.

Definitely! These rip so easily, and that's the reason why I refuse to wear them.

Oh my gosh, tell me about it! I can't go a month without my tights ripping...

This one College students can relate to. Textbooks always come out with new editions every few years, even though if you compare the "old" book and the new one, not much has changed. The reason why they publish new editions is simple: students will always sell their books to other students who are starting out and need these books, but when the school requires you to have to new edition, then you are forced to buy the new one and the old ones become obsolete. That's how they ensure they make the most money off of textbooks every year.

Planned obsolescence in the clothing industry happens when a product designer creates a design that is meant to phase out after a certain period of time. This makes the product have a lifespan of a limited time frame, often forcing the consumer to upgrade to a newer piece. That's not even the worst part, some manufacturers design their clothing in specific ways so that they will wear and tear much faster. Some jeans for example are far less durable than other jeans or pants. Marketing also plays a part in this, customers are made to feel dissatisfied with products that still work perfectly, so they buy more.

It depends on the type of clothing and the brand, but as long as you take good care of the clothing and follow the washing instructions, it's guaranteed to last.

Back in the old days of the tube television , you could call a TV repairman to fix your television. Nowadays, thanks to planned obsolescence, they are not exactly repairable and they are cheaply made. Repairing a modern flat screen TV costs more than buying a new one and since people usually look for a better and bigger TV, sales are always booming for modern TVs.

Household appliances were once built to last for years, you'd buy it once and you'd keep it forever. You'll often hear stories from people around you that their old fridge, electric stove, dryer or washing machine lasted longer than their newer one and that's because companies no longer make them to last. Of course, as technology improves, more energy-efficient machines were developed, but it seems it was at the cost of longevity. For example, the average washing machine used to use 35 to 50 gallons per load, but the high efficiency ones today use only 12 to 15, which is much better for the environment and to preserve water. But old machines could last for at least 10 years.

I'm not trying to be one of those nostalgiatards, but I noticed that appliances from the 70s-90s lasted a bit longer than today's appliances. Also, most of today's appliances last only 4-6 years before they stop working, and oftentimes it costs a lot of money to repair them.

Microwaves and toasters are especially quick to break in my experience compared to bigger appliances. 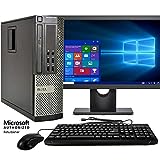 Computers are another modern example of planned obsolescence, in part because technology keeps evolving every year, meaning that eventually, your computer and it's components will not be compatible with new software. Windows for example has a new version every few years and an old computer that was designed with Windows 7 in mind won't be able to run Windows 10 well or not at all.

Now I'm not putting this item as high on the list simply because a lot of it just can't be controlled, technology is always going to evolve and natural obsolescence will result from it, plus these tech companies do work hard to improve their products. With that being said however, some computers, especially portable computers, do suffer from the same things smartphones do such as becoming slower, the battery not lasting as long or some components being cheaper.

Most computers are designed to work only a few years or so before they decide to crap out and you have to invest hundreds of dollars on a new one.

It depends on the type of footwear and the brand. For instance, if you buy socks from a dollar store, they're usually guaranteed to last only a few weeks or months before they start getting holes, but if you spend more money on a high quality brand, they will last longer. Same goes for shoes as well.

I feel like my shoes really don't last long.

There's a reason why you should replace your toothbrush every few months. It helps to have good dental hygiene. 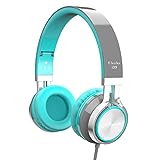 You will be lucky to own one of these for a week without it breaking. They break way too easy and can be hard to control