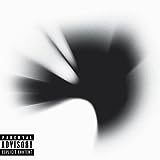 Whatever they do to there style... Its like they know what the mind needs while it feeds on music...
Not my favourite but still sounds really good...
Loved Nightmare 2.

Nightmare is great, but A Thousand Suns shows that LP can change their style and yet still make great music, they never fail to impress me.

A thousand suns is an experimental Album which is very differnet from there previous nu metal genere and has done well!

I love this album. This album is best of 2010 and also best of Linkin Park.

Add up all the emotion from all the other albums listed and you still you won't come close to what Avenged put into this album.

And to top it all off, it's musically one of their best yet. They ranged from ballad to heavy thrash a la Pantera, with blistering, dueling guitars and perfect vocals.

Considering their friend, brother and drummer died before recording commenced, a less-than satisfactory record would have been acceptable and lightly critiqued. But these guys showed the resiliency to shred their way to a masterpiece. It's really commendable and awe-inspiring.

So even though the music speaks enough of its greatness, I think this album deserves to be higher listed as one of the best albums of the year when you combine the music with the emotion and work put in.

The worst Linkin Park album and the one that proves they have changed to more commercially succesful music and somehow a pop sound is top1 and Nightmare is just top5? No way, this album shows good metal is still done, insane solos, clean vocals for the most part and overall a very perfect sound, one of the few good bands around these days, the album deserves top1!

As much as I love Linkin Park, this is way better. Even though ATS had the Catalyst, this has Nightmare, Welcome to the Family, God Hates Us, So Far Away, Fiction, and Natural Born Killer. FoREVer!

How is a thousand suns higher than this. It may be my third favorite but its still my least favorite LP album ( I still like it just hate pop which is a little bit of that albumand has no guitars) but anyways nightmare save me and so far away are outstanding tracks. R.I.P. the rev

5 Danger Days: The True Lives of the Fabulous Killjoys - My Chemical Romance

How the hell is Mumford and Sons above My Chemical Romance? What has the world come to, jeez. Fair enough there awesome but not as awesome as the Fabulous Killjoys! For the win!

8 Fever - Bullet for My Valentine

Should be in top ten
The guitars, drums played are really amazing..!

9 Korn III: Remember Who You Are - Korn

The Contenders
11 High Violet - The National

There are damn amazing songs in there... Not an album with a theme and all.. But musically far better than a thousand suns.. Come on pl are you done overrating LP and underrating hinder? GET OVER IT..

1. Burn
2. One Track Mind
3. Kick in The Teeth
4. No Matter What
5. The Enemy
Five awesome tracks
still this album is not on top!

19 Sigh No More - Mumford And Sons

Best album ever created, by the best band ever formed. They bring a new twist on folk. With beautiful lyrics with such meaning, how can this album not be number 1?

Really? The Final Frontier on 11th? All hope in humanity lost!

23 For We Are Many - All That Remains

I love that album! Drumming Song, Blinding, Cosmic Love, Rabbit Heart, You ve got the love, Dog Days Are Over... Amazing songs!