"Maybe, YES SIR!" Those 3 words best described not Just his birdie at the 17th hole, but for this tournament. You See 1985 was again a winless season for Jack, just like 1979 and golf critics said Jack had no chance to win another golf tournament, let alone a Major. They didn't know Jack then (1980 U.S. Open), and they didn't know him again. In that epic tournament he turned back the clock one more time as he carded a final round 65 INCLUDING a 30 on the back nine that included 4 birdies and an eagle on the famed 15th hole. When it was all said and Done Nicklaus captured his 6th green jacket.
Its Joeysworld

Harvey Penick, a mentor who made Ben Crenshaw a major golfer died before this Masters Tournament. With emotions riding on every stroke Crenshaw first shot a 70 in Round 1, a round that also saw Jack Nicklaus shoot 67. But Crenshaw showed the gallery that he knew he was going to wear that green jacket by firing a 67 in round 2, then on Saturday a 69 and then with a lead down by 2 strokes and needed to make bogey in the last hole to win it, he made it and then broke down in tears in one of golf's most emotional television moments of the 1990s.
Its Joeysworld

the 2005 masters began with the final appearances of three legends, Tommy Aaron, Billy Casper AND Jack Nicklaus the only 6 time champion. Rain played a part of these Masters but when Sunday come around it became a 2 man duo between Chris DiMarco and Tiger Woods. These 2 put on a great show as DiMarco's birdies on the 14th and 15th set up the 16th where Tiger's first shot was just off the green then came that incredible chip to make birdie and changed the course of the tournament.
Its Joeysworld 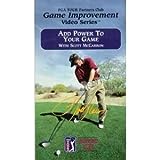 You had to feel bad over Norman, here's a man who brought joy at Augusta, when he started the tournament with a 63 and started Sunday with a 6-shot lead over Nick Faldo, I thought it was a for gone conclusion, and I remember watching other sports especially the National Hockey League and I had a VHS recorder so I tape it to view it later, and what I saw I said How did it happened? Norman's 78 and lose the Masters, it's very tough to break it all down, but it was the big event in april, 1996
Its Joeysworld

Augusta, Georgia was the site for Pro Golf's premier golf tournament The Masters. This was the year Craig Wood, the 1941 Champion played his final Masters. The final round saw some action as defending champion Jack Nicklaus tried to make it a contest after he eagled the 13th hole, but a bogey at 15, ended his chances to win and settled for a tie for 2nd, the Tournament belong to Palmer as he blazed his way to glory with a 70 that included a birdie on the final hole. With that Palmer became the first golfer to win 4 Masters tournaments.
Its Joeysworld

Mark O' Meara finally won his first major there, but the real story comes from the only 6 time champion Jack Nicklaus. The 58-Year Old Hall of Fame legend began the final round with two birdies in the first three roles, nothing much but then after bogeying the 4th came back with back-to-back birdies on holes 6 and 7 and after 13 holes he was ONLY 4 strokes back of the leader David Duval. But after that it all stalled there but still finished a tie for 6th. Jack would keep playing at the Masters until 2005, his final competitive Masters.
Its Joeysworld

There was a time that the Masters wasn't even consider a major golf championship. The U.S. Open AND the U.S. Amateur along with the Open championship and the British Amateur we're at the time called the Grand Slam. Then on that final day, the tournament changed on one big shot. On the 15th hole known as Fire thorn. Gene Sarazen pulled out his 4 wood on his second shot 235 yards away and made Double eagle and tied Craig Wood in the process. Sarazen would go on to win the Tournament and changed the course of Grand Slam golf forever.
Its Joeysworld

This 1983 Masters appearance was also the last time that Arnold made the cut. On opening day Thursday of course, he shot a 4 under par (68 for the day). It was like going back in time in the 1960s when he was the king of golf. Nobody will ever forget his last great round at an event where he won it four times and Palmer himself a World Golf Hall of Famer.
Its Joeysworld